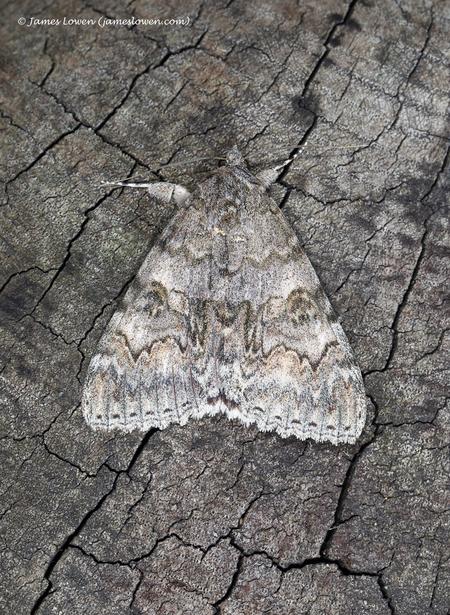 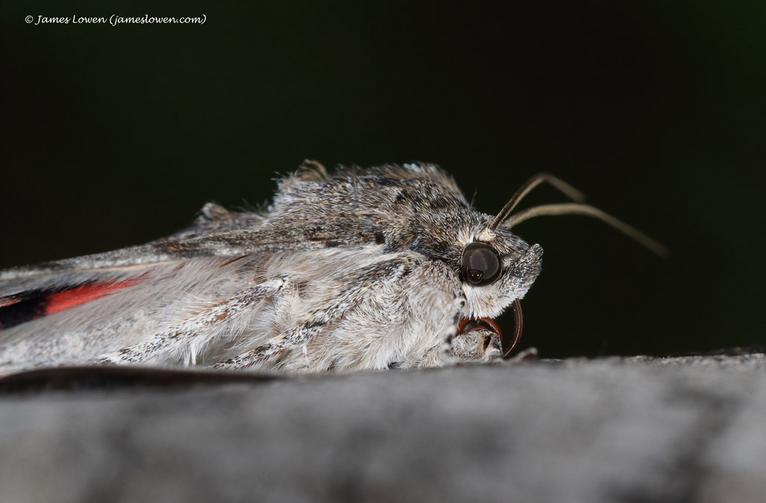 Back at home, the only notable moth recently has been this Red Underwing. I discovered it at 03h45 one night, as I closed the trap before a heavy downpour. It was on the kitchen window, and through bleary eyes I veritably panicked that it might be something rarer. It wasn't. But it was still corking. Here it is lapping up sugared water before release.

At the weekend, Family Lowen took a trip to London. As you might expect, in #MyMothYear, I had ulterior motives. I wanted to do two things: to 'moth' with a teenager and former neighbour who I enticed into the hobby shortly before leaving the capital in 2014; and to track down some moths deemed in some quarters to be 'pests' and other new arrivals in the UK - for a chapter on such creatures. My original off-the-wall target had been Prays peregrina, a micro moth described new to science from London earlier this century, still known only from south-east England and - remarkably - believed to be adventive here (i.e. its natural range is unknown, but not the UK!). However, a chance encounter with one at Nigel Jarman's Kent home in July removed that particular stress. Nailed! Given this unexpectedly early success, I was now targeting four moths in particular: Case-bearing Clothes Moth (one of just a couple of species that prompt the public to irrationally scorn all moths - and one that even the Bible loves to hate; my parents' house was full of them...), which I had somehow failed to see so far this year; Raspberry Clearwing (at the site where I ticked it three years ago); Jersey Tiger (although I have seen a couple already this year, I wanted to see one back in my former home territory, which is part of this colonist's core UK range) and Gypsy Moth (a species I had seen only once before, as a migrant in Norfolk; it is a real shame that this species went extinct in the UK and just as tragic that its adventive return, albeit through a different subspecies, means that Government authorities formally consider it a 'pest'). Four targets, four successes - and all on the first day/night. Clinical.