Overall, perhaps the highlight was a number of encounters with a large beetle - Black Oil Beetle Meloe proscarabaeus. Females were grubbing around on clifftops and other chalky slopes, digging burrows. Large, cumbersome, sheeny blue-black creatures, they had stunning, twirling antennae. New to me and very much appreciated.

Birding was pretty meagre: together with Durwyn and Guy Dutson (a Dorset native, but resident in Oz for decades, seemingly, and fortuitously back in the county during the week of our visit) I managed one morning with a few migrants, providing the year's first Willow and Sedge Warblers, Sand Martins and Swallows. Herping was also tricky in the chill, with only single Adder and Slow Worm to show for attempts (i.e. no Sand Lizard, Wall Lizard or Smooth Snake). 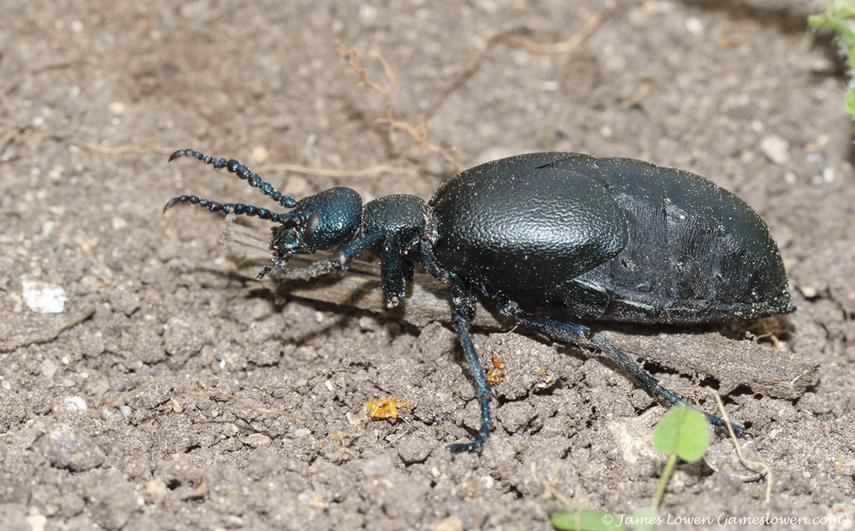 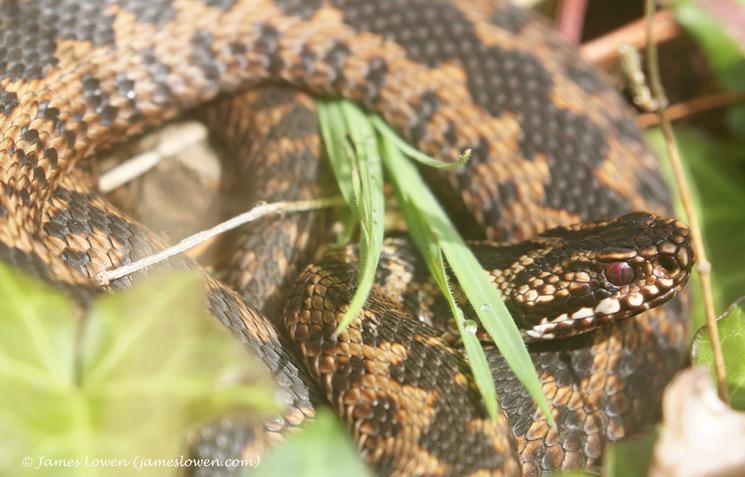 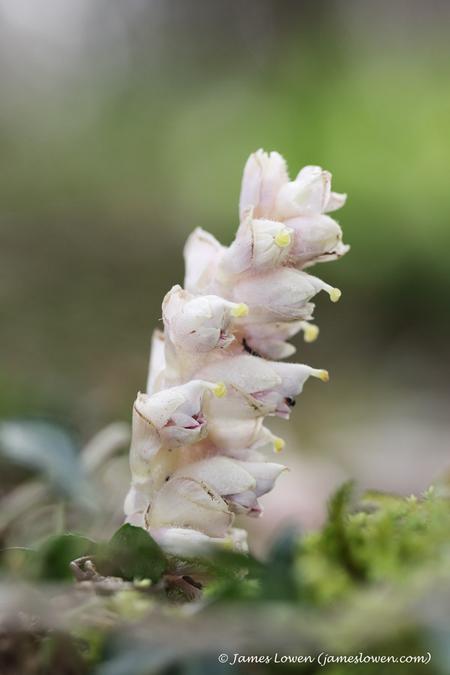 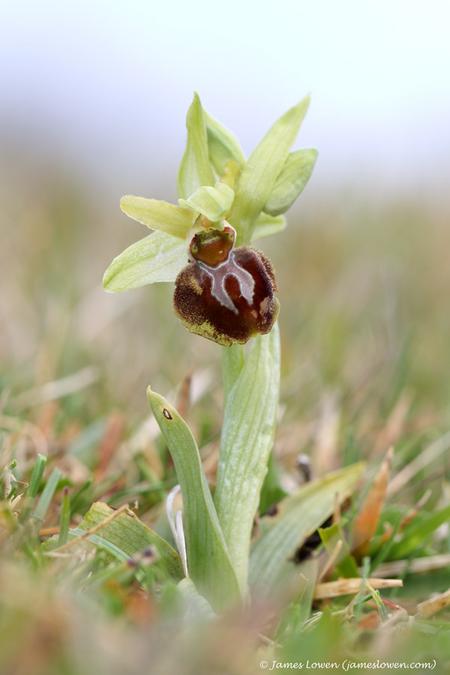 It was still a little on the premature side for Early Spider Orchids, at Durlston Country park at least, with 90 per cent of those seen either still vegetative or perhaps coming up blind. This was the biggest (and it was still a titch).

I had long wanted to see the parasitic Toothwort, to which Durwyn Liley kindly guided me on a steep-sloped woodland filled with heavenly scented Ramsons.

Most years, Family Lowen tries to wangle a week or so in Dorset, particularly Purbeck. In 2022, we tried early April. With strong northerly or westerly winds and cool conditions, it was always going to be a struggle in terms of wildlife. But this is Purbeck, so there’s always something worth seeing. Nothing was better than expected, given the conditions, but the one night that permitted trying for an early Ringed Carpet (the only macro tick that was possible) ended in failure. Or not quite failure, because Acleris rufana - a bog-myrtle specialist - was a new one on me, and apparently on the scarce side down south.