Snow doesn't just concentrate wildlife. For larger creatures, it makes their presence easier to determine. Particularly after last night's fresh snow. So we spent time identifying tracks. First up, 200m west of the road bridge at Hellesdon, was this Otter. Dave had earlier spotted another set of tracks further east - most likely the same individual. I still find it hard to credit that I live within a mile of Otters, given how rare they were in my youth: I had only seen three by the time I was 30! 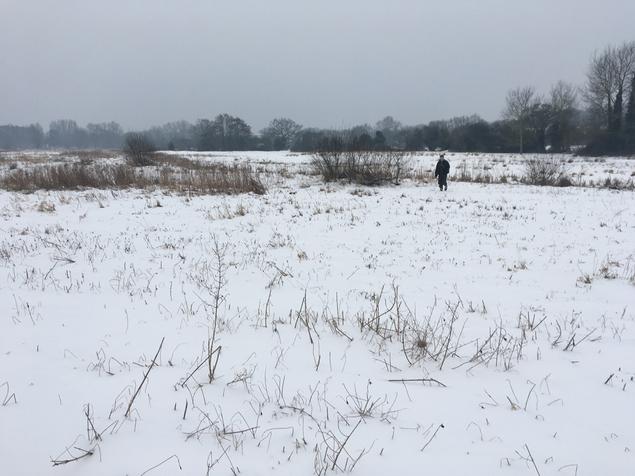 The strategy was simple. Walk as close to the Rivers Tud and Wensum as possible, and check any unfrozen ditches. Paths were a luxury; this was a yomp. In all, we did about 5 1/2 miles, all through decent snow and mostly off-piste. Dykes were leaped, fences and gates climbed, swamps sunk into. We narrowly avoided death several times. Top fun. 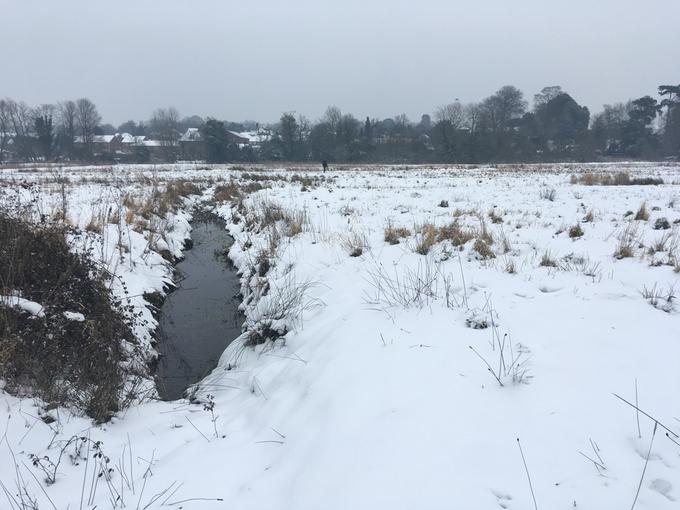 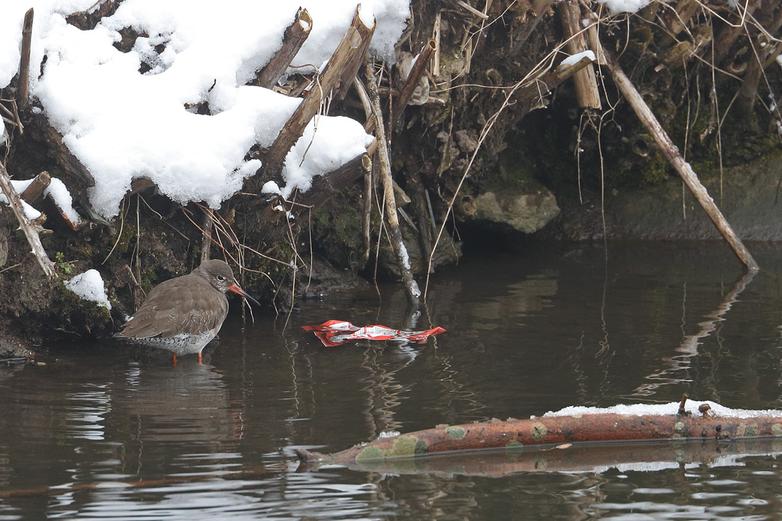 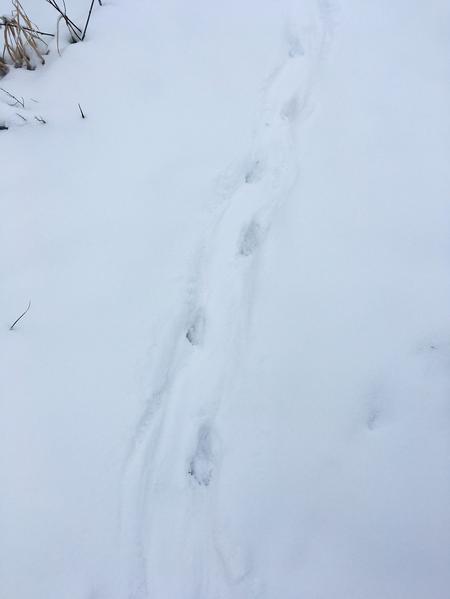 Other mammal tracks belonged to Reeve's Muntjac and Brown Hare (apparently, though Dave had never seen one here). 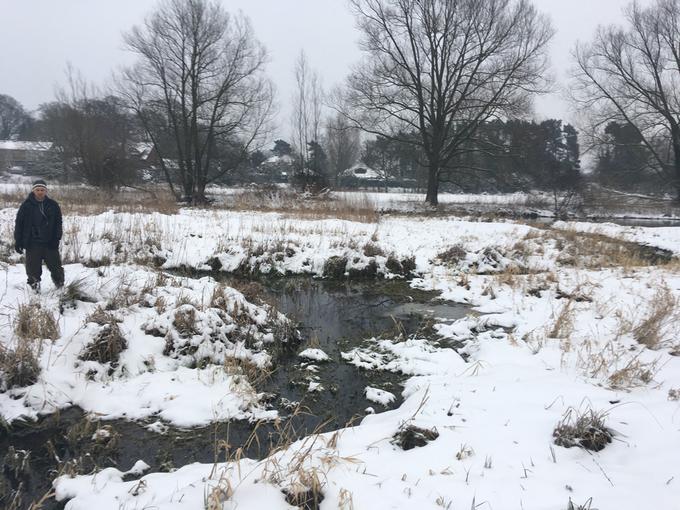 The best bit by far was the damp grassland between Gunton Lane, New Costessey and Hellesdon, along the River Tud. Here we had 29 Common Snipe, a single Jack Snipe, the first three of five Water Rails (between us), 90 Siskin and the first dozen of perhaps nearly 30 Teal. All four species named were site ticks for me!

And herein lay the unabashed beauty of this morning's urban birding. I had been due to twitch Ross's Gull today, but (a) the snow kyboshed that and (b) it's gone anyway (or, at least, appeared to have gone...). A proper, delightful rare bird. None of the creatures we enjoyed today would normally merit using transport to go and see them. But, with rarity, context is everything. And seeing even common, familiar birds in an unusual, unfamiliar context is exciting. The Redshank was the best I have ever seen. I got a huge buzz from seeing it. And seeing objectively decent birds (Jack Snipe, Woodcock) in such a setting is exhilarating. This walk was as good a morning's birding as I have had for a long time. Wensum, win some.

It wasn't only mammals that left tracks. Birds did too. The Pheasant's swishing tail was distinctive. Water Rail and Moorhen prints were harder to differentiate. But the star was a couple of sets of Woodcock prints, the first of which we found a couple of minutes after Dave spotted a distant flyover Woodcock!

With the Impossibility of Car entering its fourth day but a morning exeat granted, it was to foot power that I turned today. I had the idea of walking the River Wensum from New Costessey into Norwich. Phil Saunders had the selfsame idea. Given that Dave Andrews lives halfway between us, close to the Wensum, it seemed to logical to become a threesome. Our aim was simple: to find birds displaced by the cold and forced into unfrozen waters along the valley. My expectations were not high: a few Snipe and a Woodcock would have been result enough. Clearly, dreams were bolder: Dusky Warbler, say...

By now we met up with Phil and walked past the Waterworks (scene of a recent Glaucous Gull, which I successfully mini-twitched), around a local nature reserve, past 'City Station' (the site of the old railway station in Norwich, apparently), and then into the city centre (where two Egyptian Geese perched atop a derelict building prompted Phil to declare them an analogy of life in Norwich: 'exotic incomers amidst decrepit infrastructure"). Ducks were prominent along this stretch of the river. In addition to plenty more Teal and some nasty Greylags, we had two drake Shoveler and a drake Gadwall. Three Little Grebes, Little Egret and Cormorant complemented them. Another Water Rail was grand, and landbirds included more Siskin, three Sparrowhawks (including a female apparently display-flighting at a male that was carrying prey), several Redwings and a Fieldfare. But the highlight, unequivocally, was a Common Redshank. Initially seen behind the Waterworks (where it was apparently a first site record), it headed downstream and we eventually left it feeding below Dolphin Bridge. I wonder if it had ever seen a Kitkat wrapper before.