Friday was meant to be restful day, father and daughter bonding on the last day of the school holidays. A cricket net, a takeaway, lazing in the garden while my wife was at work. And so it proved. Until mid-afternoon that is, when a WhatsApp message jerked me out of the comfort zone, and was almost immediately followed by a call from Wingman Will. 'Syke's Warbler, Blakeney Point'. A world tick, in Norfolk. With Sharon not due back from work for another couple of hours, and Maya refusing point-blank to trek the shingle, I started panicking. Will was similarly 'trapped', initially by work (but that was soon sorted) then by waiting for his partner Sarah to return. All this, plus rush-hour traffic faff, meant that it was 6pm before we arrived at Cley Coastguards, with the light failing and already-sated birders streaming back. Nevertheless, there was no need to panic. With persistence, we got some good views, even if the perched appearances were rather too brief (and the light too dingy) for my level of photographic competence. As well as being heart-bracingly enjoyable, this was also an educational bird. I had assumed that Syke's (rama) would be tricky to differentiate from Booted Warbler (caligata), with which it was previously lumped. Not at all. Although the Syke's had a way more prominent supercilious (and lateral crown-stripe shadow) than I was expected, its miss was also very different. No dinky pseudo-Phylloscopus this, but rather a sizeable, long-tailed, fairly long-winged Acrocephalus with a long, spiky, bicoloured bill and white outer tail feathers. And the colours: Desert Warbler sandy tones with clean white underparts. 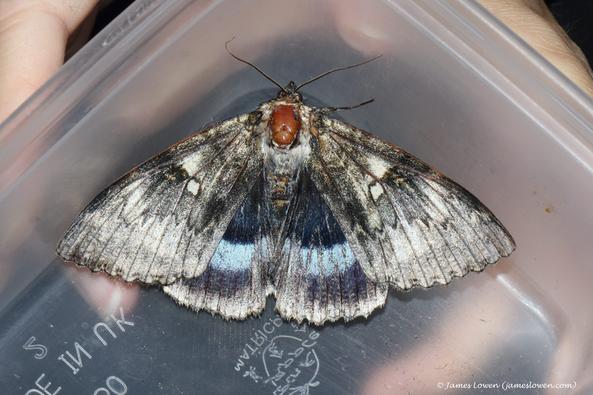 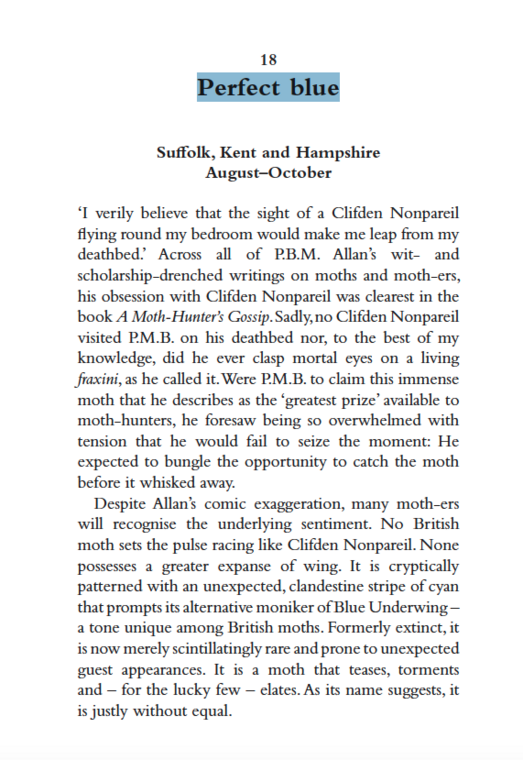 By rights, that was quite enough drama for one day. Prior to Blakeney swallowing the evening, I had planned to try sugaring and running battery traps at a local woodland in the hope of attracting a Clifden Nonpareil, but that intention was kiboshed by staying out too late. Instead, I soaked away the shingle aches in the bath. As I lolled amid the foam about 22h30, catching up on the Test match highlights, Sharon popped her head round the bathroom door and remarked that there was a 'huge moth' on the house wall, near the MV trap. 'It's much larger than the Old Lady you showed me an hour ago on the wine ropes,' she said. I leapt out of the bath, took one look out of the hall window, grabbed a Tupperware pot and leapt outside, stark bollocks naked and dripping bathwater everywhere... Clifden Nonpareil!

To aim to catch one out in the wilds, but instead to have one come to me sent my head spinning. That said, it was hardly a huge surprise. The surge in range of this enormous moth was in train during my 'moth year' of 2019 - garnering it a full chapter in Much Ado About Mothing (opening page below) - but has continued spectacularly since. With a couple of Norwich (or thereabouts) records last year, plus three in friends' gardens west of Norwich so far this autumn, a garden 'Perfect blue' was very much in my mind over the past few evenings, as I draped ropes soaked in moth juice over various garden trees. And here it was. A world tick and a long-craved garden moth: one heck of an evening!