As the season kicks in, all things pass. Many of these early-spring moths will soon be a memory, replaced by showstoppers and stunners, the posers and the psychocandy. Roll on the warmth! 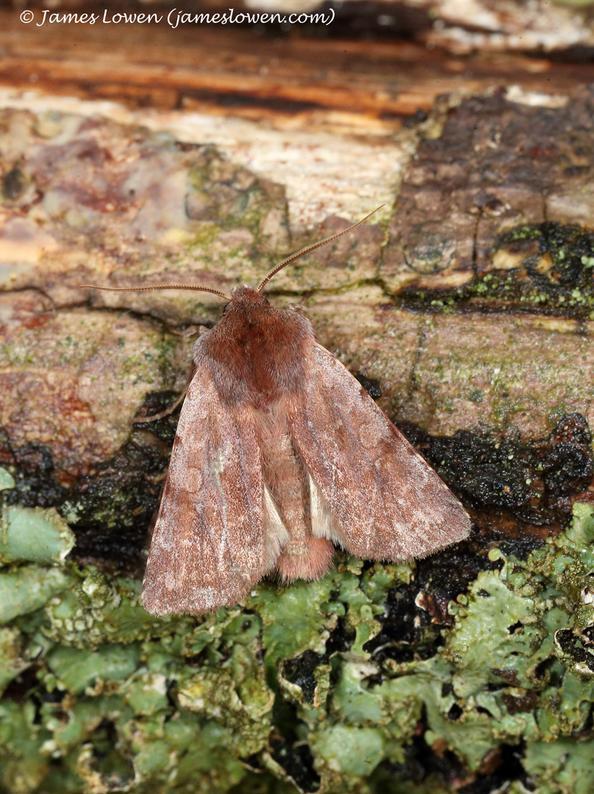 A Red-green carpet was a nice catch this early in the year, and encouraged James Emerson to come over, as he'd never seen one. Just like honey, that one. No Yellow-horned yet, sadly; that would have been a nice one to photograph head on. Pine Beauty is always pleasing, and I've had three so far. The same number of Brindled Beauty too; another cracker. Oak Nycteoline is an odd moth; more micro than macro. Two of those so far. A duo too of Satellite - one with orange dots, one with white. I released them at night, whereupon they traced into the darklands above.

I saw the Jesus and Mary Chain last autumn, and the set is still riffing through my mind... This April's skies have been largely full of water, and the air has been cold. On occasion, however, there has been a gentleness in the parklands of night that has encouraged me to switch on the moth trap. I have had a couple of large catches: one of 90-odd, one that tipped the ton. Others have been in single figures. Diversity - as is normal this early in the year - has been low, with no more than a dozen species any night. Dampness doesn't seem to deter certain species, which seem to be happy when it rains. The only new moths have been courtesy of friends' traps: a case in point being the Small Eggar last week that rendered me halfway to crazy. So too this Red Chestnut, which was caught by Mike McCarthy in Taverham. I had assumed this was a 'bogey moth' for me - but it transpires that it was new for Nick Watmough too, and even a long-running moth-er such as Will Soar hasn't seen one. Perhaps it is rather local in distribution? I never understand such things.