Gamoneu, in particular, was excellent for other invertebrates. A Glow Worm was the highlight, but several Stag Beetles were appreciated, and so too an impressive, large, scarlet longhorn beetle and a cracking hornet-type robberfly.

A special shout-out for Hummingbird Hawk-moth. This species was common (none last year!), but seeing them at 2,000m altitude (including nectarine on flowers around the Wallcreeper nest) was unexpected.

Amphibians comprises three Fire Salamander and several Palmate Newts at Gamoneu, Iberian Stream Frog at La Molina and Codavanga, and Spiny Toad at Tollo. There were Iberian Water Frogs in a few places. Common Midwife Toad was commonly heard at Gamoneu, Codavanga and Fuente De (none last year!). I eventually trapped down an egg-toting male in a burrow (see image with red filter on torch to avoid disturbance). Bad weather put paid to Iberian Rock Lizards at Codovanga, but a surprise there was a Seaone's Viper. My second snake tick was an Iberian Grass Snake at La Molina. Two lizards that I hadn't seen in the Picos before were Western Green Lizard at Gamoneu and Ocellated Lizard at Tollo. Wall lizard sp(p). were commonplace (at some point I will work out what they are) and there were Common (Viviparous) Lizards at Gamoneu.

I didn't do much bird photography, but common birds around the villages were Honey Buzzard, Booted Eagle, Griffon and Egyptian Vultures, Red-backed Shrike, Western Bonelli's Warbler, Garden Warbler, Serin and Cirl Bunting. I had a couple of European Nightjar (one on the road near Paseo de GLoria, and one singing at Tudes) and an Alpine Swift at Tudes. The avian highlight came from Fuente De, as last year. Here Alpine Accentor and Snow Finch were visible (although the latter was not photographable). The best, though, were three Wallcreepers. I had a male on the main cliff-face, then bumped into a pair feeding young at a nest in the same place as I photographed the female last year. These were walkaway views of a cracking bird. 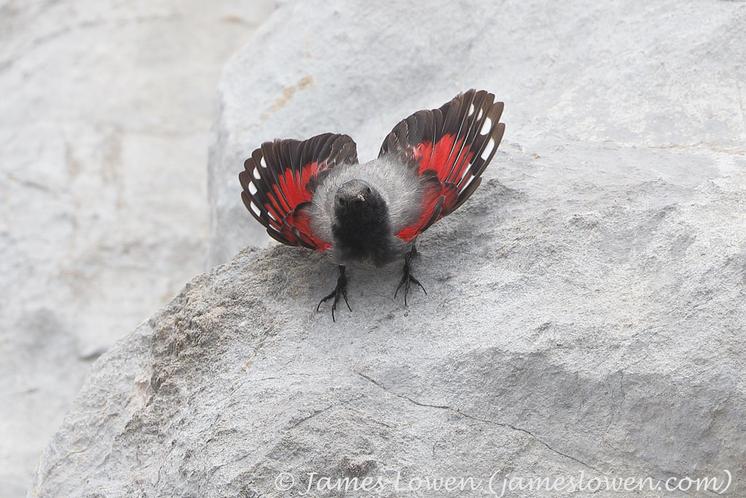 With butterflies being down this year, I put effort into finding moths wherever I could – searching likely-looking spots by day and night, and spending time round lights at night. Highlights were a number of species that are scarce migrants or vagrants to the UK: Orache, Latin, Black V Moth, Splendid Brocade, The Alchymist, Jersey Mocha, Olive-tree Beauty, L-album Wainscot, Delicate, Jersey Emerald, Oak Yellow Underwing, Passenger, Guernsey Underwing, Powdered Rustic and Clancy's Rustic.

And there we have it. The highlights of a second fortnight in the marvellous Picos de Europa. What a place.

One of this years' sadnesses was encountering nothing like the diversity of butterflies we had in 2017. Accordingly, I didn't even bother going to Besande (where I had 50+ species in a morning); there was simply not enough airborne to make it worthwhile. Last year we had Apollo at several sites, including from the swimming pool; this year from none. The butterflies we saw included several sepcies that we missed last year – probably because they had gone over.  A couple of Woodland Brown at La Molina were a highlight, but they eluded the camera. Large Chequered Skippers were seen at Gamoneu whenever the sun hinted at an appearance. Cosgaya held Short- and Long-tailed Blues plus Heath Fritillary and Southern Marbled Skipper. The latter (which I searched for quite a bit in 2017) was also encountered at both Tollo and Tudes. 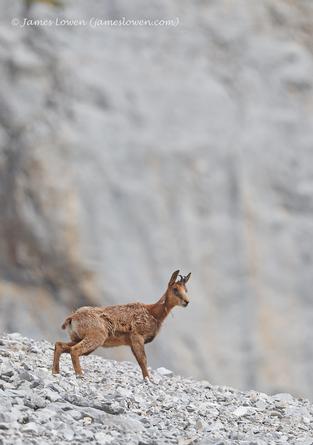 I had an evening looking for Wildcat near Boca de Huergano, to no avail. Only a small part of the riverside meadows were cut, so it was a few weeks too early, I suspect. We had Beech Marten at both Tollo and Gamoneu, with 10+ unidentified horseshoe bats over Tudes at dusk one evening. As we travelled by ferry across the Bay of Biscay, we also had some cetacean encounters. We missed the Cuvier's Beaked Whales, sadly, but saw perhaps five Fin Whales, plus a score of Striped Dolphin and a handful of Common Dolphin.

In July we had another two weeks holiday in the Picos de Europa, Cantabria/Castillas y Leon/Asturias, northern Spain. Although almost exactly  same period as last year, the season was much later this year and thus the experience very different. We had lots of rain/cloud – and just eight hours sunshine. This meant little diversity in the way of butterflies (no Apollo! no high-altitude butterflies!), although I still managed a couple of sought-after ticks. Two new dragonflies were a boon and moths were exciting. There were more early-season flowers around – which was particularly noticeable at Fuente De. Amphibians were understandably good, but a couple of new lizards compared to 2017 were a bit more surprising. Birds felt different – with breeding ongoing (e.g. Red-backed Shrikes) rather than over. We stayed at two places: El Quesar de Gamoneu in the north-west of the Picos, and (as last year) Tudes, south of Potes in the south-east. I will separately review the Gamoneu hotel, which was excellent – and set ina  stunning location. Sites visited for wildlife-focused walks included La Molina, Fuente De, Cosgaya, Paseo de Gloria and Codovanga.

Western Demoiselle favoured shady flowing water at several sites. Golden-ringed Dragonflies at La Molina were eclipsed by two Western Spectres there. The highlight was two Small Pincers at a random picnic stop along the river south of La Hermida. A Keeled Skimmer was a surprise at Gamoneu.