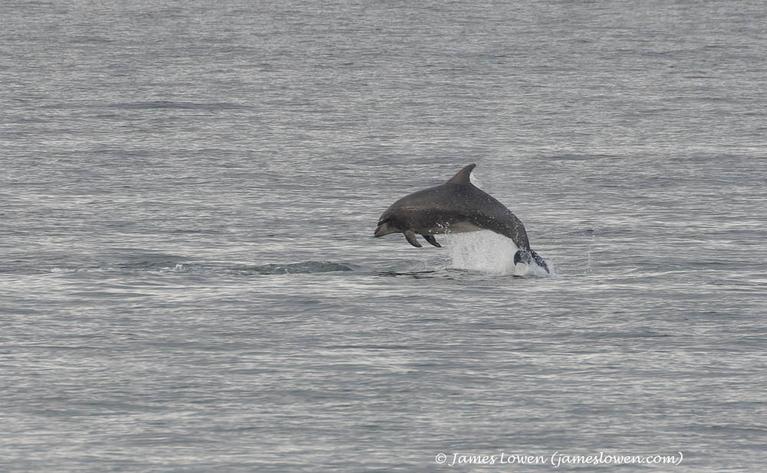 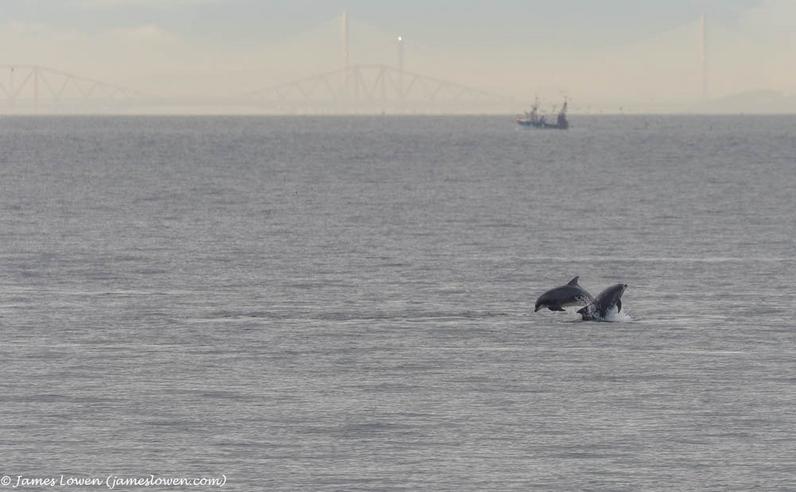 With the Forth Bridge behind them, this made for a properly fun half-hour. And educational too: it transpired (following research by 'Lesser Spotted Birder' on Twitter) that one of the more distinctive individuals seen was a female first observed back in 1997, which was normally seen off Northumberland. Even so, I'd have preferred one dip fewer on my list...

For someone who likes seeing rare birds, I have a pretty pathetic British life list. In part this is due to the considerable number of years I have lived in other countries; but then I also phased out while living the London life, and ME/Chronic Fatigue Syndrome prevented twitching for years. Rectify those omissions and - for those people who care - my list would be relatively healthy. It would be even more so were it not for one aspect at twitching for which my numbers excel: dipping. Setting aside six species that I twitched that were either not proven to be the species claimed or were proven to be of captive origin, and I still have a stellar 23 species for which I have actively missed, i.e. travelled to the site, birded the site and returned home without seeing it - and have not seen subsequently. I wonder whether any British birder has more?

The latest of those misses came this week, with a two-day dip on Britain's first Stejneger's Scoter. I couldn't get a lift for the Melanitta on the first night, had work commitments that prevented joining one set of friends, then another set of friends pulled out of a trip before I was 'encouraged' to prioritise important family duties over what would have been a successful twitch. When walking out to Aberlady Bay (East Lothian) before dawn on Weds, we knew chances were low, particularly given strong winds and choppy seas. A dip that day was unsurprising. But one the following day, in largely excellent conditions, and with about 15 pairs of eyes looking (including folk who had seen the bird before, and thus had experience of what search-stagey worked) was very galling indeed. With too many scoter that were too distant, scattered across the Firth of Forth, it was Melandippa rather than Melanitta.

However, it was lovely to spend so much time watching Long-tailed Ducks, Velvet Scoters and Slavonian Grebes, among various decent species observed. Large numbers of Fieldfares clattered throw the sea buckthorn, seeking both to chomp down the abundant berries and avoid marauding Sparrowhawks. It was pleasant stuff in a nice setting, and also served as book research for a revised chapter in the forthcoming second edition of my book 52 Wildlife Weekends. But best of all was my finest views of Bottlenose Dolphins in Britain. Presumably part of a resident pod ranging along Scotland's North Sea coastline either side of Aberdeen, at least 20 animals were watched well as they made incisions through the surface and on numerous occasions, breached fully.