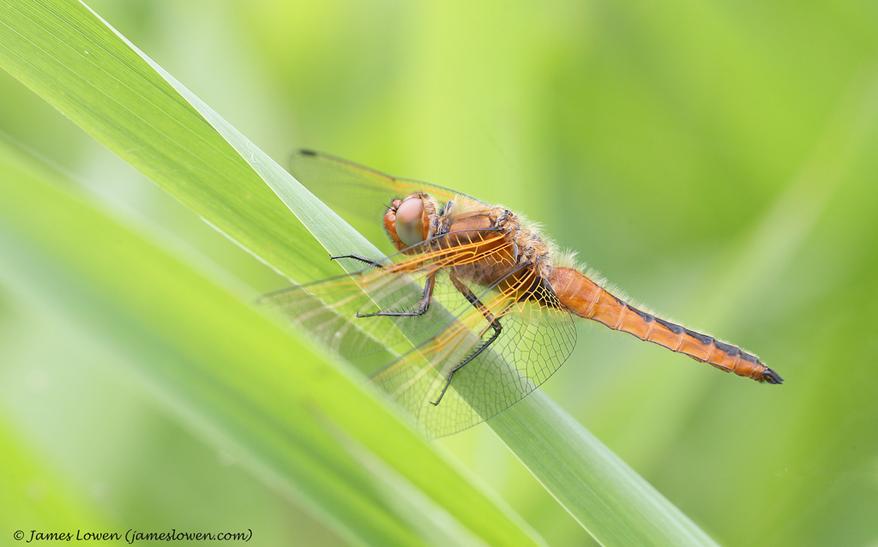 The garden moth trap has not been particularly productive. Typical catches are strong (130 moths of 40 species) but quality has been generally poor, particularly after the excitement of the early summer Dewick's Plusias. A fresh Pine Hawk-moth was among the most enjoyable, although two Large Nutmeg were new for me as well as the garden (I missed out on them last year, when they were common). I have caught a couple of Buttoned Snout (as I did this time last year), plus nice ones such as Small Fan-foot, Grass Rivulet, Small Clouded Brindle and Oblique Carpet (the latter a Broadland speciality that was new for the garden). Some nice micromoths (it still pains me to say that, but I am learning…) included Large Tabby, Hawthorn Moth, Epinotia bilunana, Cypress-tip Moth and Sharp-winged Drill.

Lolly Moor is a tiny gem of a Norfolk Wildlife Trust reserve just south of Dereham. Here, a few summers ago, David Norgate discovered the county's only population of Cinereous Pearl Anania fuscalis, a rare micromoth. Will Soar had visited recently and regaled me with tales of the species being common. And he was right. In 15 minutes one afternoon, I counted 15 individuals in a small area (images below). I suspect that was the tip of the iceberg. There were an order of magnitude more Grass Rivulets – about 140 more than I had ever seen before!

Back to birds. Aside from the Moltoni's (the year's star bird so far), I've had a couple of county ticks this month: a calling (but invisible) Corn Crake near Bungay (just about on the Norfolk side of the border, but perhaps most likely from one of the East Anglian reintroduction schemes rather than a bird unconnected with human activity... and thus dubiously countable, perhaps) and a very smart (if distant) Buff-breasted Sandpiper at Potter Heigham Marshes. I was delighted for Yoav Perlman that he not only got this long-wanted world tick before returning to Israel, but refound it to boot after negative news had come out. 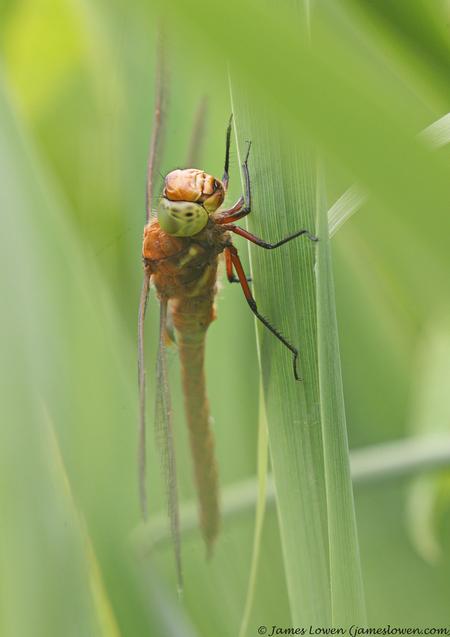 I've not done much botanising this summer, although that should change later this month in a trip to Scotland. A Bee Orchid in the garden (a different plant to last year) has been a highlight, as it must be nearly 15 inches tall (see image below). At the time of writing, four flowers have opened with four more remaining. What a cracker – and presumably testament to using no chemicals on our lawn or wider garden. Elsewhere in Norwich, Bee Orchids continue to flourish on a new road west of the city. I counted 223 in a small area, but I suspect this means that there are less than last year's 2,000-odd plants. A different take on Bee Orchids came from a roadside site south-east of Norwich, where a brief stop revealed two individuals of the ghostly variant chlorantha. 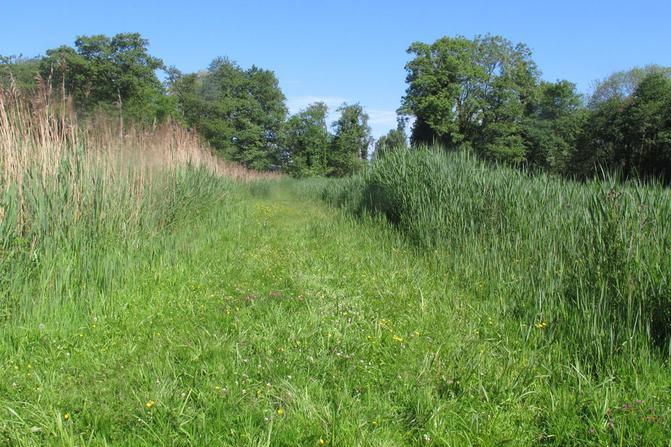 There have been a few Marsh Warblers singing around the country the past few weeks, so it was pleasing to catch up with one. It largely sang out of sight, but occasionally gave views at about 50m range in a shrubby reedbed. Accordingly my photos are nothing to get excited about, but my iPhone recording, on the other hand, is. For the best cut, fast-forward to 6 mins 30, and listen from there until 8 minutes. What an amazing songster. A great experience.

Finally in this mixmag of fauna and flora, dragonflies. Trips to two Broadland sites – Wheatfen and Upton Fen – brought great experiences. Some cracking Scarce Chasers took pole position at the former, and 89 Norfolk Hawkers at the latter was an excellent count in just two hours.

I twitched a couple of other moths – but have no proper photos to show for it. Properly improper moths-in-pots stuff. Ian Robinson caught Norfolk's second-ever Dusky Peacock (a migrant, aside from a resident population in Kent), so a bunch of us trailed over for a butcher's. By way of thanks, David Norgate brought along a Grey Carpet (a Brecks speciality) and Dave/Christine Holman transported a White-speckled Clothes Moth (a Norfolk rarity) that Matt Casey had trapped in Hethersett. Mike McCarthy brought two of his kids. I didn't even manage that.

Mid-summer is Fen Orchid time in Norfolk, so I took the opportunity to view 10 or so plants at a local site. These really are subtle orchids. I can't work out whether I like them or not. If anything their (disproportionately massive) leaves are the best bit, but I somehow keep forgetting to photograph those…