There was a catch, however. And that was due to the sun which had filled us with great photographic anticipation on the journey down. We were looking south at the bird... right into the blinding light. That played havoc with my camera settings, and made it very hard to get the kind of images I was after. It also depressed the rusty tones in the bird's plumage - which is part of the identification puzzle. All a tad frustrating.

Even then, there was a problem of angle. if you peered over the top of the five-foot-high fence, you were rather looking down on the bird. If you tried for ground-level intimacy, vegetation got in the way (and you couldn't get your lens between the bars anyway). 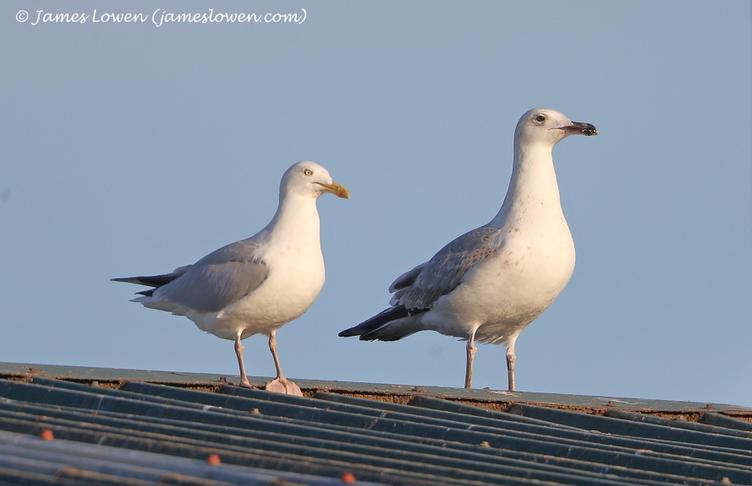 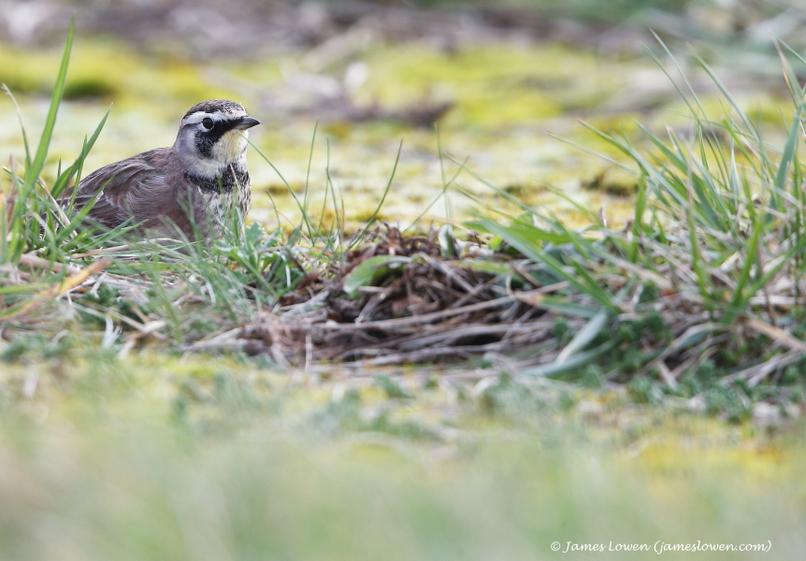 Last month, news of a Horned Lark (one of the North American subspecies of Shore Lark) in Greater London got me chomping at the bit. Unfortunately it disappeared the day before I could get there. That, it seemed, was that. Or was there a vague chance that it would lurk somewhere in the west London reservoir complex, and be relocated in the New Year? So it proved. Thus Dave Andrews, Ian Robinson, Will Soar and I went down to the Smoke, profiting from a sunny day and anticipating fine photographic conditions. Setting off after the school run, we received positive news on the way down, which abated any risk of pre-tick tension. That particular malady resurfaced upon arrival at Staines Reservoir, however, as we learnt that the bird had disappeared moments before we arrived. A few minutes sweating until it was relocated towards the middle of the causeway diving the famous two basins.

And it was a brute of a Casp, a second-winter male that dwarfed adjacent Herring Gulls. 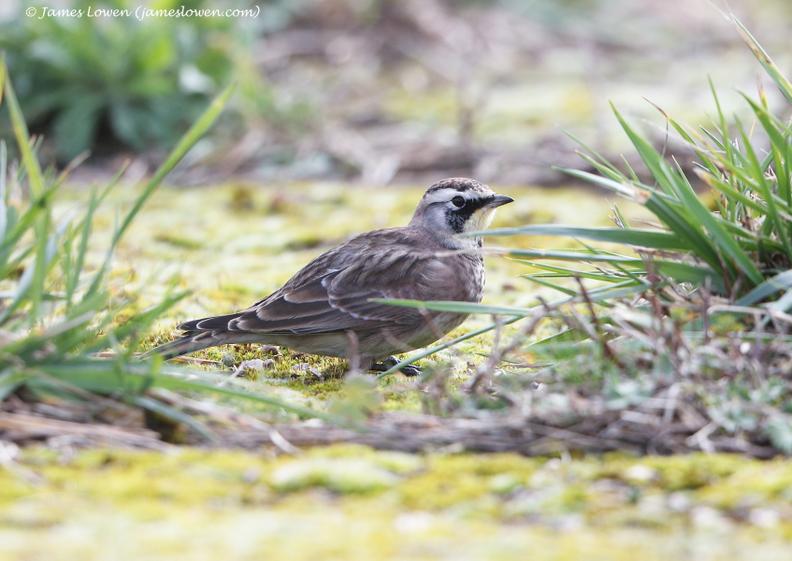 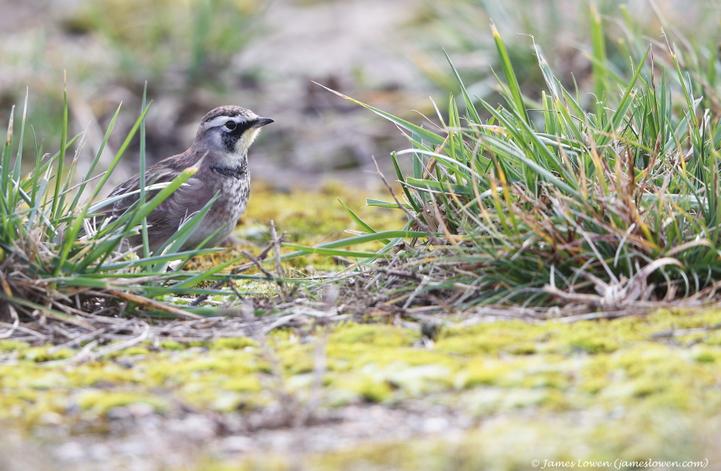 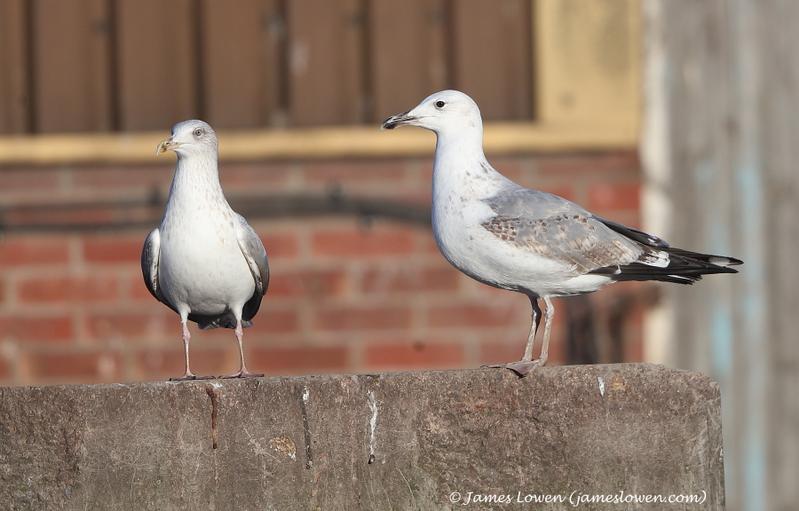 We enjoyed watching the bird for a couple of hours as it fed on the north slope of the south basin, alternating between the weedy strip of moss (closer to us, but almost always partly obscured) and the open shingle by the water (further away, but unfettered views). A couple of times it rippled a delicate call and winged a couple of score metres along the shoreline. 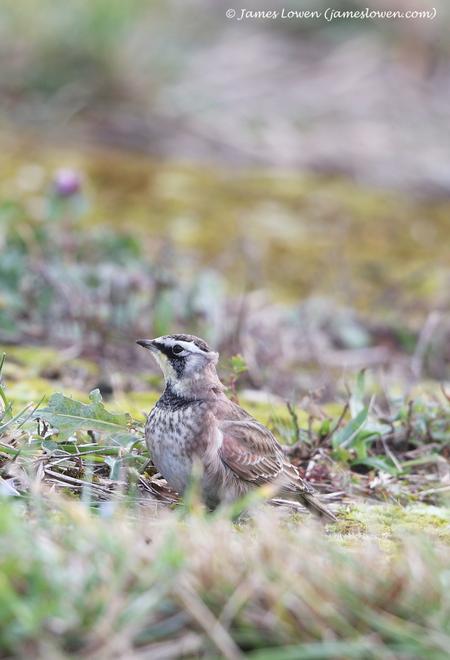 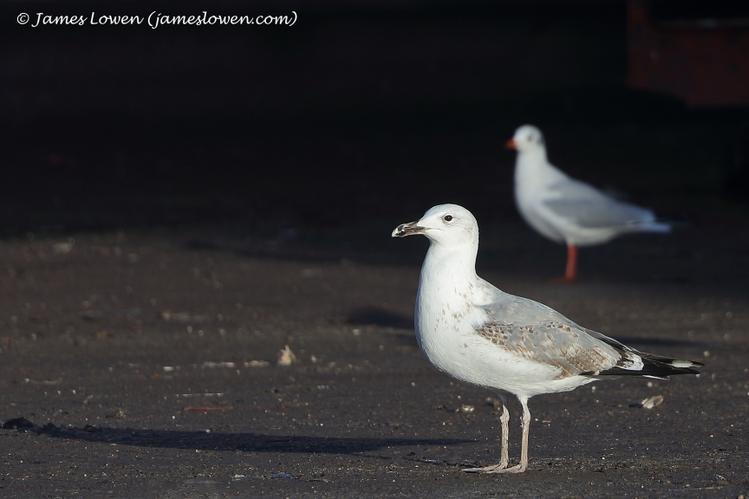 ... which is who I got conned into twitching a gull. Admittedly, the site was within a minute of our return route, on an industrial estate in Thetford. And the gull in question was a Caspian Gull. And it showed immediately upon arrival. And showed well. In nice light.

This was the most prolonged views - and probably about the closest range, I've had of any Shore Lark. It's also a mighty decent London tick for my non-existent capital list. Then throw in the rarity value - this is only the third UK record of one of the North American subspecies (whittled down, in the case of this bird, to hoyti, alpestris or praticola) - and the morning was very fine and dandy, thank you very much. 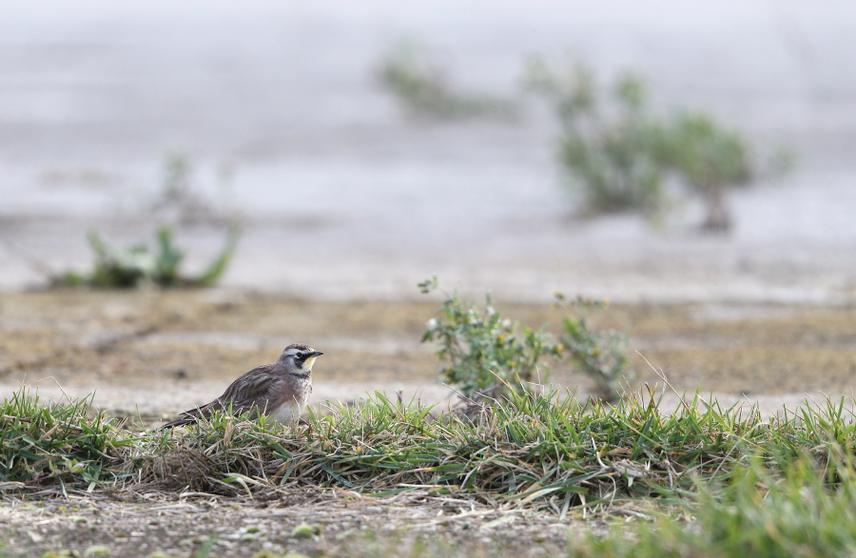 The best thing to do was to wait for the sun to withdraw behind a cloud, then shoot.

I wonder if this might start changing my tune on the banality and turgidity of large white-headed gulls. Shorely not? 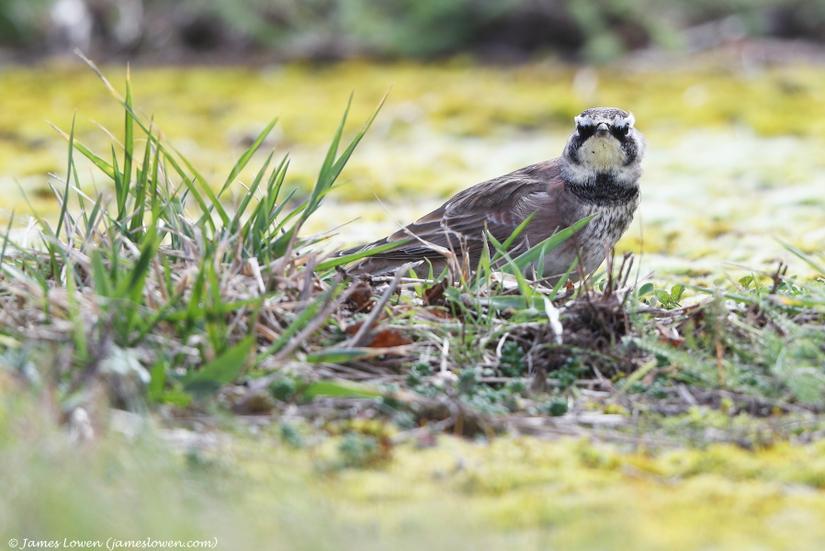 Which meant that - despite my well-known larophobia - I really rather enjoyed watching and photographing this particular beast.