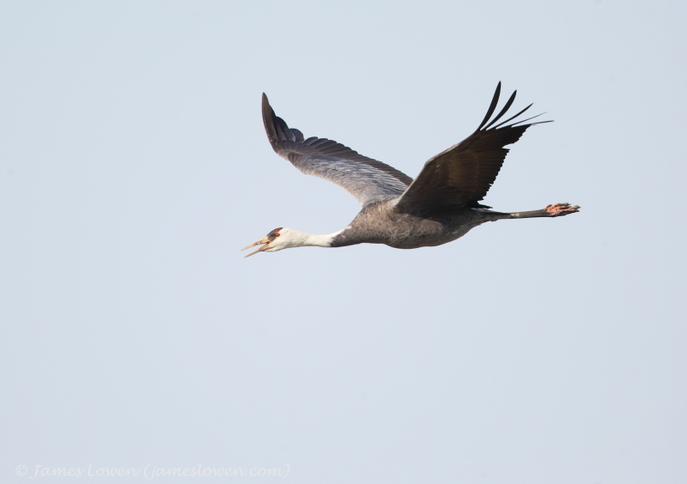 Departing Arasaki we had a half-hearted search for Scaly-sided Merganser around Satsuma. We knew that no birds had been seen here this winter, and were thus unsurprised to dip. A couple of experiences saved the diversion, however. A Crested Kingfisher was a striking beast, and White ('Black-backed') and Japanese Wagtails made a fair spectacle as they sifted for river flies from territorially claimed rocks. Best of all though was drake Mandarin. Mandarin in Satsuma: citrus birding at its best!

We cut our losses at Miike and drove north-east to Kadogawa. Our targets were Japanese Murrelet and Japanese Woodpigeon. We dipped both. Groan. A Blue Rock Thrush on the harbour wall was the only compensation. And with that, we had to depart Kyushu.

The first bird Dave clapped eyes on was a major target, Black-faced Spoonbill. This globally threatened bird winters in small numbers in Japan, and Uki is a fine site to catch up with it. Dave also saw four later at Arasaki, whilst I was tying my shoelace or something. 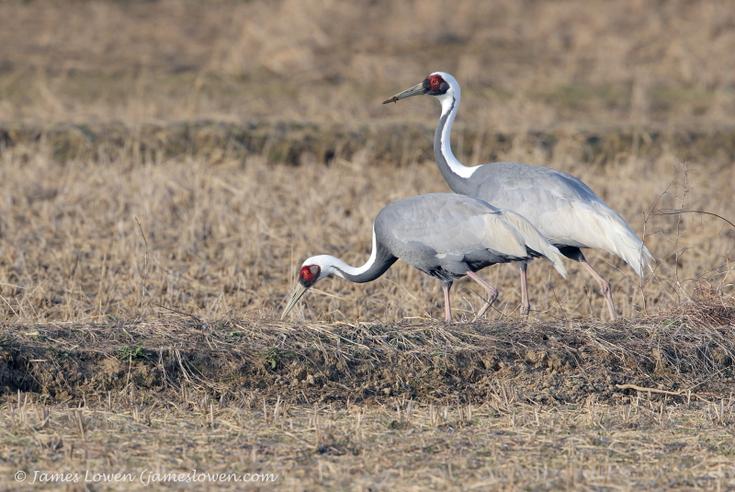 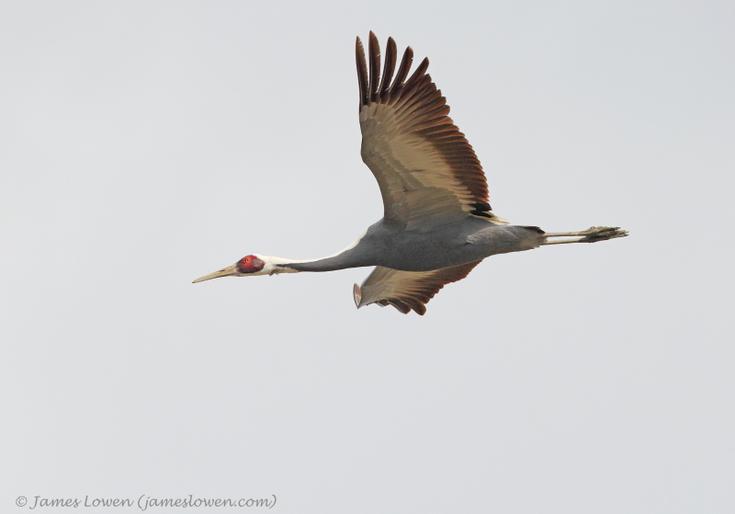 As for Saunders's Gull - the only gull I really wanted to see in Japan, given its global rarity - there was good news and bad. The good news was that we counted an amazing 720, many of which were adults in full summer plumage. The bad news was that they were incredibly distant, and with the tide being high, there was no hope of close approach. The record shot below is as good as I got. If you want to see what this stunner looks like (albeit in winter plumage), check out Mick Southcott's website. 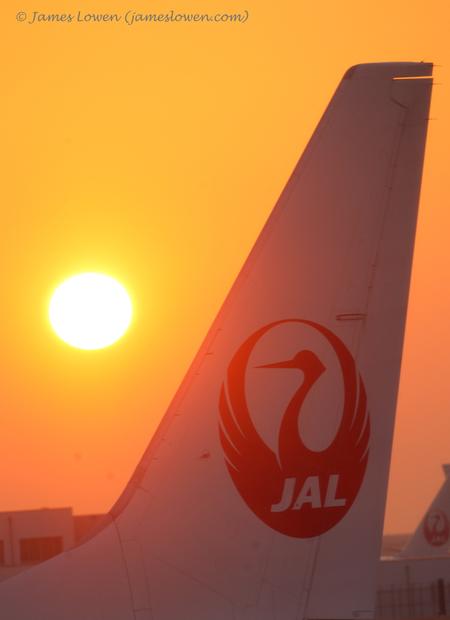 Next, Sandhill & Common Cranes. The former is a ruffian, the latter strangley underwhelming given the number and attire of its rarer cousins.

With the duration of exeat limited by the sanity of our spouses and the needs of our offspring, Dave Capper and I celebrated his 40th birthday by visiting two of Japan's finest islands: Kyushu and Hokkaido. Regrettably, we simply had insufficient time for the island of Honshu, which meant that we had no opportunity to try for local specialities such as Siberian Crane and Scaly-sided Merganser. Next time... Our trip was aided by gen and help from a series of friends and contacts, all of whom I thank here: Josh Jones, Rich Bonser, Chris Cook, David Moorhouse (Sarus, who organised our visit), Alick Simmons, Stuart Reeves, Tris Allinson, Dave Farrow, Andy Swash and Guy Dutson. Ta, lads! 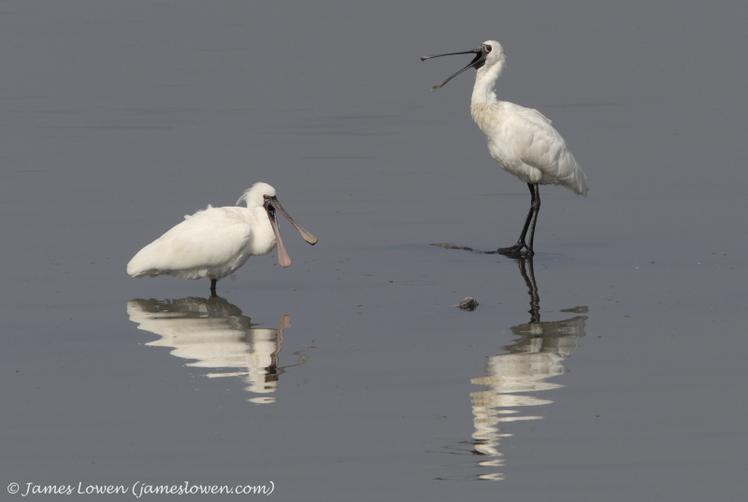 I have recently returned from nine days in Japan. I will write about this properly in magazine articles for Bird Watching and others, but will offer a few highlights in this and following blogs (plus a gallery on my separate photographic website). The main purpose of the trip was to experience the world's best winter birding, including extreme rarities (globally threatened birds) such as the world's biggest owl, the world's heftiest eagle and a variety of dancing cranes. Superlatives abound in the land of the rising sun. 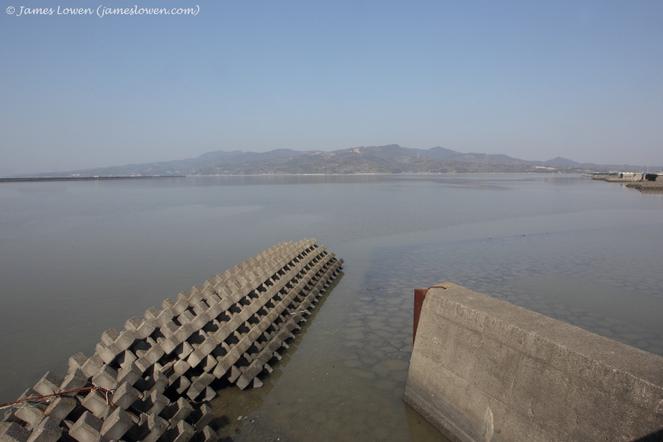 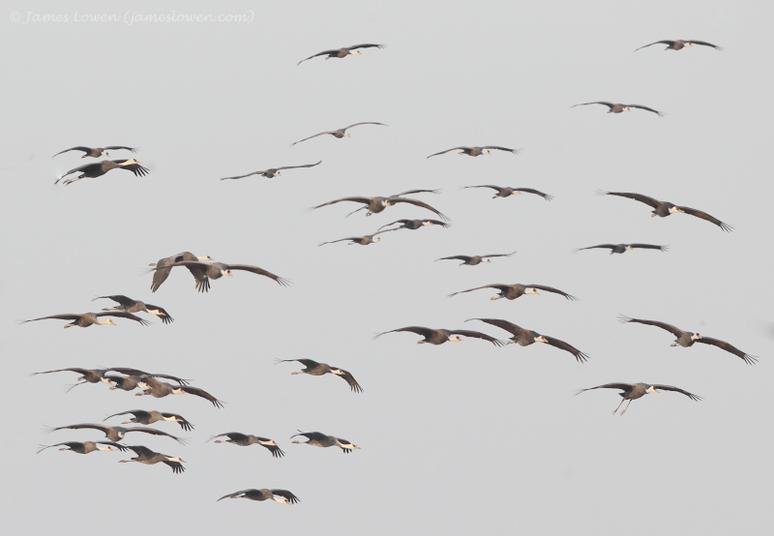 We then headed south to Arasaki, where we spent an afternoon and a morning in the company of our first cranes. The highlight was thousands of Hooded Cranes, with a supporting cast of 100 or so White-naped Cranes, half-a-dozen Sandhill Cranes and a few Common Cranes (and hybrid offspring). Views were excellent, although not quite as close as I had been expecting. And when we did encounter some more approachable birds, the light was shocking: a gloomy, rainy morning to counter the previous day's glorious sun. Nevertheless, seeing so many big birds in such a small area is really special. Unmissable and exhilarating.

There were a fair numbers of waders and ducks along the estuary shore, the best of which was a few Falcated Duck, a new bird for us both. Dave was also delighted with his first Rustic Bunting, a long-held bogey bird. And we enjoyed good views of Osprey plus plenty of passerines in the weedy fields.

We arrived at Lake Miike with a mere hour of daylight remaining. We followed up in the morning before departing 10ish. This was ample time to see the easier species, but offered no shot at trickier species such as Green Pheasant. A conveniently located and well-stocked feeding station helped considerably, and it didn't take long to track down a mixed flock in the forest to knock off some other targets. Highlights were Japanese Grosbeak (near our onsen, about 3km from Miike), Elegant or Yellow-throated Bunting, Grey Bunting, Forest Wagtail, Japanese Pygmy Woodpecker, Japanese Green Woodpecker, and Ruyuku Minivet plus White-backed Woodpecker, Olive-backed Pipit and Red-flanked Bluetails. Some pix here. 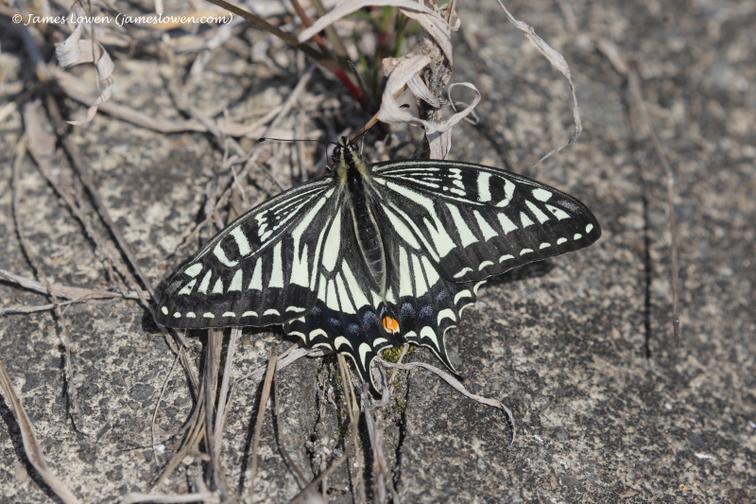 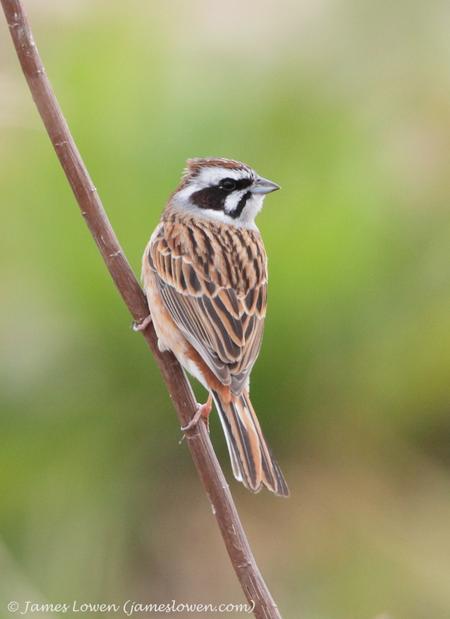 So let's have a look at the protagonists. First up, Hooded Crane. (For more images of this and other Japanese cranes, please see the cranes page on my photographic website.) 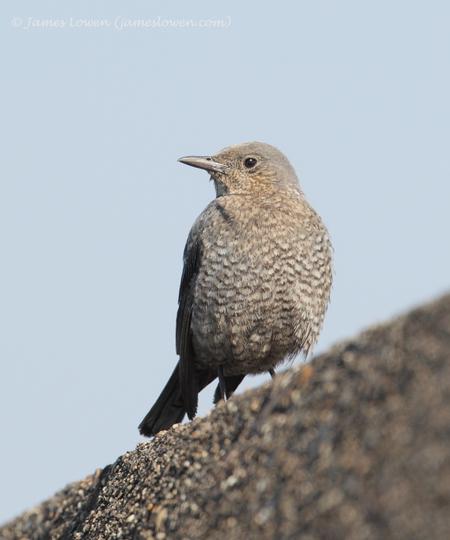 There is much birding at Arasaki aside cranes. We missed a few targets: Chinese Penduline Tit, Savannah Sparrow (found by Josh Jones and co in December!), Long-billed Dowitcher and Baikal Teal (there were next-to-no ducks at all). But we enjoyed a fair few other birds. Buntings included Meadow, Black-faced and Chestnut-eared. Raptors included Northern Goshawk and Peregrine (including a very pale bird). We loved Dusky Thrushes, Siberian Pipits (Buff-bellied of the subspecies japonicus) and Daurian Redstarts. Here are a few favourites.

We started with three days on Kyushu. Our opening day was marked by such mindwarpingly spring-like weather that butterflies were out, among them the stunning Swallowtail above. First port of call was the estuary west of Uki. Our arrival coincided with an advanced state of   tide, which was sub-optimum (a tide earlier in its cycle is better for our principal target, Saunders's Gull). 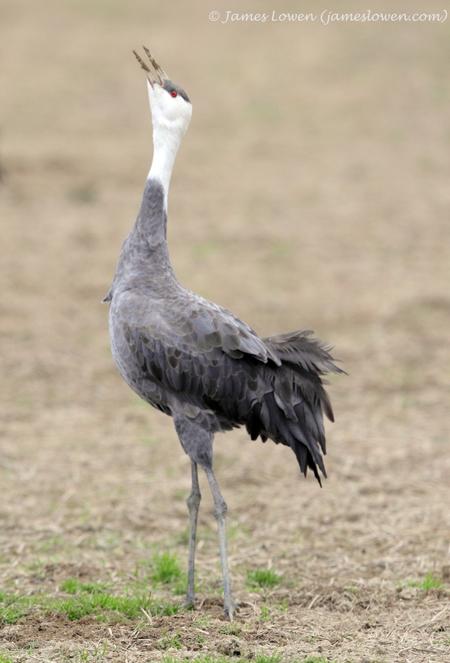