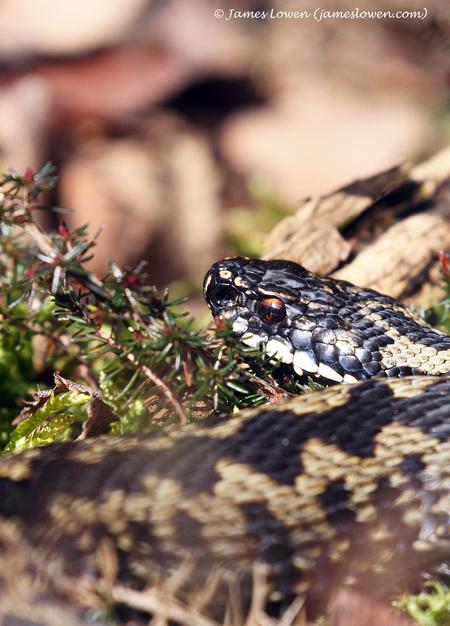 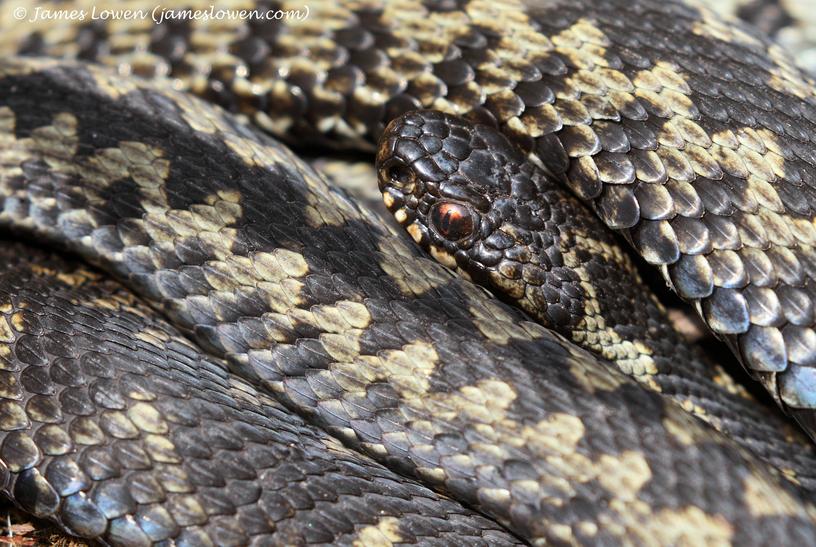 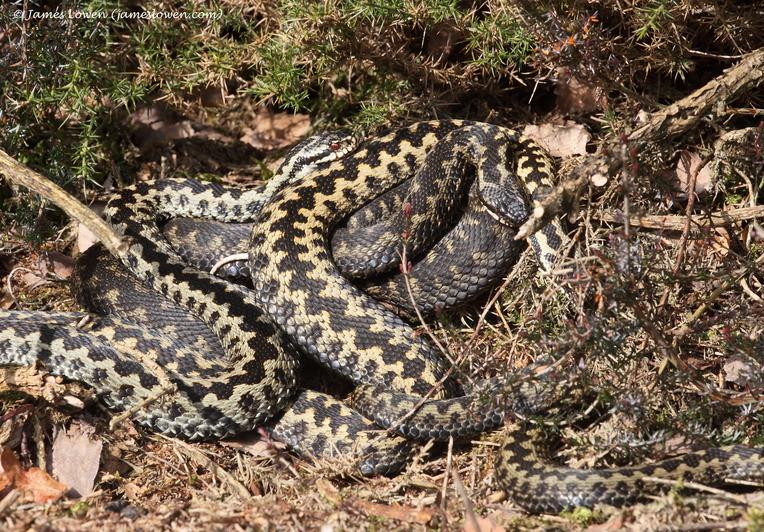 Whilst in Japan, I was ever so slightly fretting that the best period for photographing Norfolk's Adders would be over. After all, in 2015, I got my best images in late February. I need not have fretted. This year's mild winter appears to have played havoc with the reptiles' slumber, with animals being seen at my 'usual site' in the north of the county in December and January. The theory is that individual snakes have not had enough repose, so are now only gradually emerging for the summer. Indeed, Richard - the local adderholic - reckoned the first males emerged properly as recently as 10 March. So bowling up on 14 March transpired to  be no problem whatsoever. 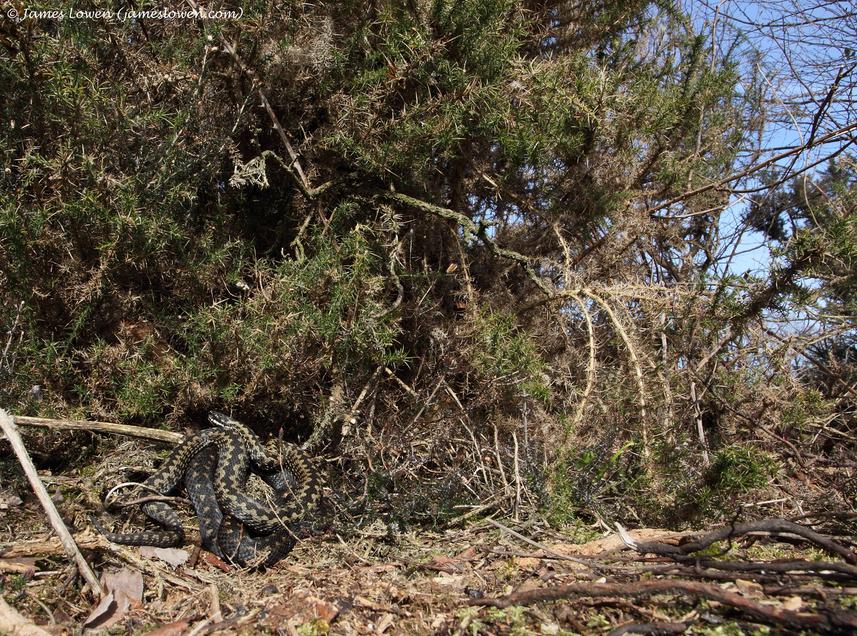 Several times, I have seen two or three males bask in proximity. But I have never seen them bask in a Medusa-like tangle. And have never seen eight males at one time. Today I put right both omissions.

Scaled serpents coiled round another, aiding the conversion of solar energy into life source.

Setting up the wide-angle, then retreating and firing at distance, I also obtained a frame of snakes in situ. 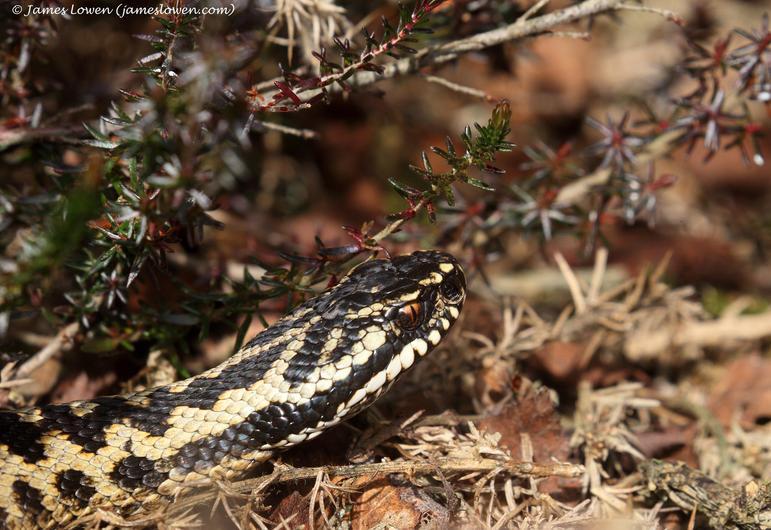 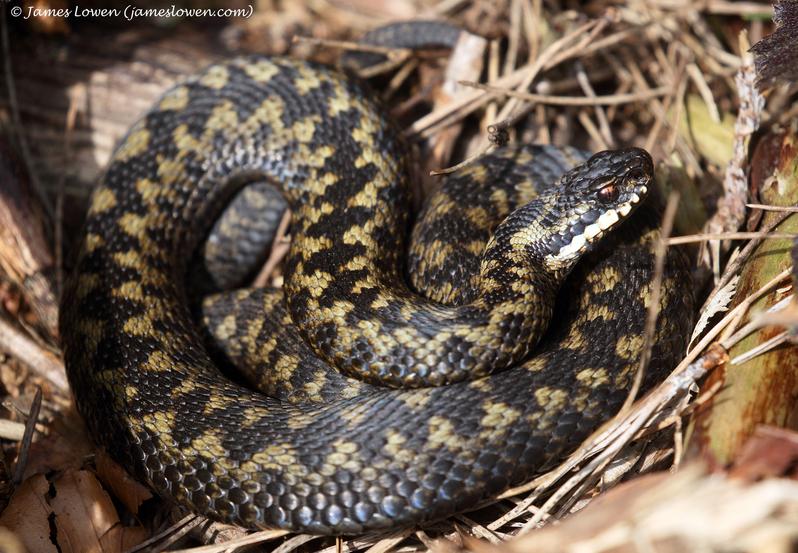 I let the snakes become accustomed to me and gradually wormed my way closer. Mostly, the serpents stayed put which was key as newly emerged, sluggish reptiles are particularly vulnerable to disturbance. Whatever my photographic interests, those of the natural subject comes first. Occasionally, the snakes slithered back into cover, but were always back at the basking spot within 30 seconds. Armed with a 400mm plus converter, I managed some rather gorgeously intimate shots.

I've saved my favourite image for last. This, to me, sums up what it is like to be a freshly awoken male Adder, in desperate need of warmth to prepare for the mating frenzy ahead.

I had, frankly, the best adder-photography experience ever. Numbers were good; I found 17 males. (Mind you, even that is nothing compared to Richard's 55 the previous afternoon!) But it was the quality, duration and proximity of the observations that really made the day.