Next up are herps - reptiles and amphibians. Pre-trip, I was really excited by these - in part inspired by a trip done by Matt Wilson, who runs an outstanding Euroherp blog. The reality proved underwhelming - a legacy of Greece's long, cold and wet winter. We did OK with the lizards (the endemic Cretan Wall, Balkan Green and Ocellated Skink), scored one half of the geckos (a single Turkish), two terrapins (Balkan, Red-eared), but bished up the snakes (Durwyn had a Leopard Snake, but I dipped - cruelly) and almost flunked entirely on the amphibians. Of the latter, we only managed European Tree Frog - eventually tracking down a calling indvidual inside a restaurant at Agia Lake - but Cretan Water Frog and Green Toad were simply not out yet. All I can offer then are some lizard pics.

Other flora was also fantastic although, I confess, I was sufficiently sated with orchids to overwhelm myself with everything else. But  given that a high proportion of the Cretan flora was endemic, it would have been rude not to indulge. My favourite flower of the trip was Snake's-head Iris, but swathes of Rock Tulip at Spili, rafts of Wild Gladiolus and the phallic Dragon's Arum ran it close.

Ophrys was not the only genus of orchid. There were several types of Orchisand more besides. Amazing variety within a single species was exemplified by Orchis lactea. Tongue Orchids were delicate creatures - and more than one species was surely involved. And then the rarities, both at Spili - Bory's Orchid (a luscious indigo-purple) and Orchis pauciflora, a primrose among orchids.

The highlight of the trip was flora, notably orchids. With Sophie - an accomplished botanist, weighed down by a library of flora literature - we were in good hands. Even so, differentiating the different Ophrys bee orchids was no easy task. But even without names (which I will save for the photo galleries), they were spectacular.

As for other stuff, mammals were represented by roadkill (Stone Martens, Badger) and an unidentified mouse that I couldn't justify busking as the critically endangered endemic, Cretan Spiny Mouse. Butterflies fairly whizzed about on sunny days, limiting photographic opportunities. Nevertheless, we enjoyed Cretan Wall Brown, Swallowtail, Cleopatra, Large Tortoiseshell, Eastern Dappled White, Clouded Yellow, Bath White, Speckled Wood, Common Blue and Holly Blue for sure. Other inverts were represented by to-be-identified stick-insects and a scorpion, Egyptian Grasshopper (plus a couple of others), and various beetles.

Birds were fun - and easy-going. This was never going to be a tick-filled trip, but even so we failed to locate what would have been new birds for me (Cretzchmar's Bunting, Ruppell's Warbler and Chukar). I managed one new bird, albeit an uninspiring recent split (Eastern Orphean Warbler) and one new subspecies (feldegg Black-headed Wagtail). Aerial birds were good: reams of Alpine Swift, plus Griffon Vultures, Bonelli's & Booted Eagles, and Pallid Harrier - although we failed to come across Colin Turvey's decent raptor passage further west. Typical Mediterranean fare was scattered around: Sardinian and Eastern Subalpine Warblers, Hoopoe, Woodchat Shrike, Crested and WoodLarks, Blue Rock Thrush, Black-eared Wheatear and Bee-eaters. The borders of Agia Lake held several Little Crakes and three Penduline Tit (apparently a scarcity).  We had evidence of passage each day: Quail, Nightingale, Whinchat, Cuckoo and others passed through. A few pictures here.

Just back from ten days holiday in Crete, with a quest to combine family fun and wildlife. We joined another ecologically minded family unit, the Liley-Lakes, and spent much time walking the garrigue and maquis as well as frolicking on the beaches. I will be writing up an article on the trip for Bird Watching magazine - and hopefully one or two other publications as well. So forgive me if this blogpost is atypically short on text; hopefully, the images make up for it. If you prefer, you may also view my Crete photo galleries on my pbase website. We benefited from gen supplied by a number of kindly souls, whom I thank here: Philip Precey of Wildlife Travel, Stephanie Coghlan of Snail's Pace Tours, Colin Turvey of Crete Birding, Bob Gibbons of Natural History Travel, Matt Wilson and more. 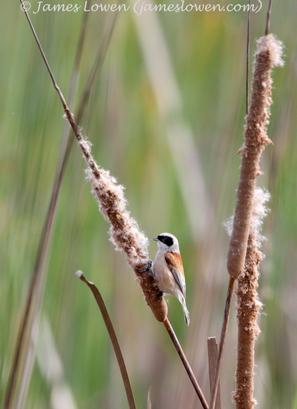