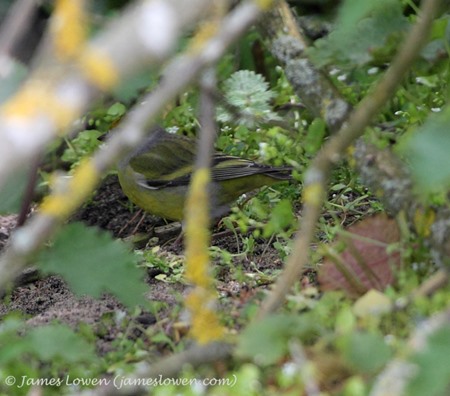 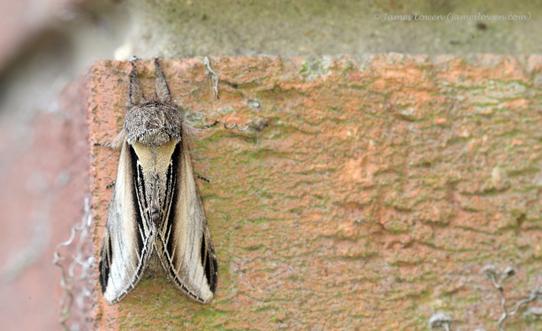 The bird then flew... and vanished. After an hour, we (Nick Watmough, Graham Clarkeand Bradders) split up to look for it. I headed back to an earlier site, seeing a crisp Brown Argus en route plus Andy Musgrove beetling around in the dunes.  Bradders wandered past and apparently booted the Citril Finch. The first I knew was when I again heard its distinctive call as it flew within a few metres of me and plonked down on the ground. Within seconds it was up again, but then showed gloriously for 10 seconds at about 10m range. Lovely views. So much so, that I completely omitted to photograph it. By the time I remembered, it was off again. This time, however, it was pinned down and gave grand views at about 50m range for 20 minutes. A bit too distant for decent DSLR photography, but sumptuous and much appreciated. CITRIL FINCH! In NORFOLK! 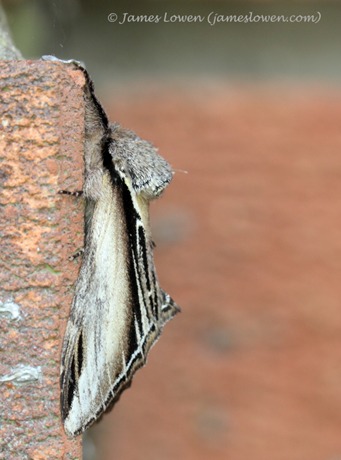 We were two miles from home, five miles from the EE black hole. And the MEGA alert went off. Doubtless some old hat rare somewhere distant. But... wait a jiffy... FUUUUKKKKKKKKKK. Citril Finch, in Norfolk. CITRIL FINCH. In NORFOLK. Britain's second, and the first on the mainland. A bird I doubted would ever turn up again. Within 45 minutes of home. Cue a frantic phone call to Sharon. Spending vast amounts of brownie points, I secured an exeat, with Maya continuing to said dinosaur park with Mother rather than Father, and new brave world of consultancy put on hold. Then I drove like a maniac. And then walked two miles through Holkham Pines like one too. The bird hadn't been seen for an hour when I got there. Within seconds of arrival, a long-tailed, long-winged finch with a big yellow rump flew over giving a very odd call. "CITRIL FINCH! Overhead!" For the next hour we managed a few flight views and eventually some obscured views on the deck as this stunner fed unobtrusively under some scrub. This was the best shot I managed during that initial period. Rubbish, isn't it?

Today started so benignly. A Swallow Prominent in the moth trap was a first for the garden - and quite gorgeous. A bacon sandwich went down a treat. And so Maya and I set off for a lovely day at the Norfolk Dinosaur Park. This to enable Sharon to start her new life as a freelance consultant with some research for Footprint Ecology. Had I not delayed our start by 15 minutes to eat said sandwich, I would have entered a mobile phone reception black hole until mid-afternoon. And would never have had the day that followed...