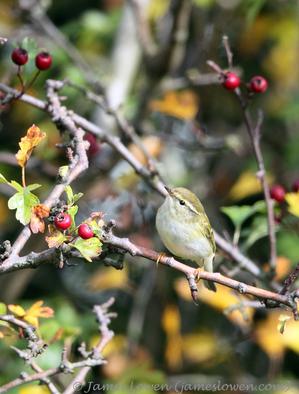 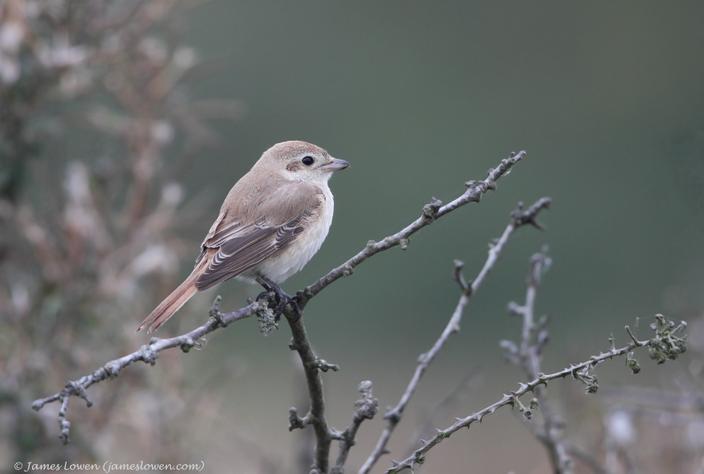 You may have noted that I wrote best bird find. The emphasis on bird was intentional. The best find, by Durwyn, was of a Red-veined Darter. A vagrant from southern or eastern Europe, and not even annual at Flamborough. Lovely thing too.

Then three days at Flamborough Head, my teenage stomping ground, with Roger Barnes, Stu Butchart, Richard 'Stitch' Johnson, and Durwyn Liley. This was a reunion of the Fair Isle gang from last year. 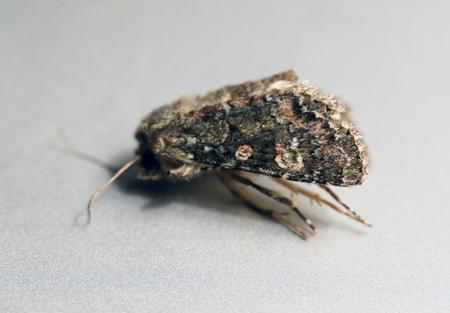 I then headed west to Holkham Pines, where I managed brief views of the Red-flanked Bluetail, and heard (but didn't see) the Dusky Warbler. There were sufficient Goldcrests around for me to return the next dawn (after another short sleep). I spent the whole day at Holkham and Wells searching off-piste shunning paths in the pursuit of Bluetail. I failed. I found three Yellow-broweds and four Firecrest, with back-up birds including Ring Ouzels, Bramblings and the long-staying Great White Egret. I lost count of how many Robins I waited to emerge from concealment, hoping for a flash of blue. 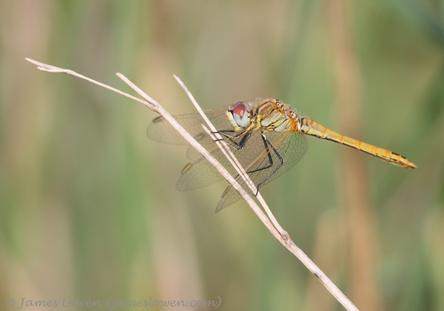 It's October. In October, I go birding. A lot. My aim is to find eastern vagrants. Now living within 45 minutes of the Norfolk coast helps. Well, helps get there quicker. Actually finding the rarities is rather different. I have been out quite a bit in the first fortnight of the month. Four days on the Norfolk coast (alone) and three on the Yorkshire coast (with friends). My find list, so far, is abysmal.

Whilst we were birding Yorkshire, the phone kept beeping with news of rares in Norfolk. For once, being on holiday was frustrating! Back home, I kipped for a few hours, then crammed in a day's work before heading out for some gratuitous twitching. My principal target was a showy Isabelline Shrike at Beeston Regis, which was supported by a vocal Yellow-browed Warbler.

We also had a few interesting moths, and there being no trapping - given my bulb had exploded the night before reaching Flamborough. Several day-flying Vapourer were excellent. So to Hummingbird Hawkmoth and a few Silver Y.Nettle-tap was new for me (long overdue). And then there was this, found dead in our bedroom. Not quite sure what it is, but suspect Feathered Ranunculus. Can any reader advise? 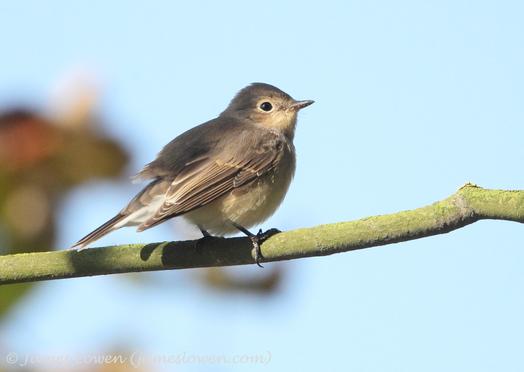 I snatched a dawn at Stiffkey before a family lunch in London. Arguably, it was successful, as I had brief views of Norfolk's third Blyth's Pipit before it flew into the saltmarsh and vanished. But it was not identifiable on what I saw - and I can only assume that Andy Stoddart (who put the news out that day) heard it call to be confident of the ID. A quick wander around Stiffkey campsite wood before heading south produced my first self-found Yellow-browed Warbler of the autumn.  No photos, So here's some pretty pictures of an Osprey near Norwich to break up the text; taken at the start of October, but hardly a vagrant. Indeed, thinks one local birder, this juvenile may even have hatched in the county.

Conditions were brilliant... for sun-bathing. So despite easterly winds, it wasn't until Sunday morning that things picked up. Even so, our best bird finds were no grander than two Red-breasted Flycatchers (or more likely, the same bird in different places) and a smattering of Yellow-browed Warblers. Our hoped-for self-found Red-flanked Bluetail or Olive-backed Pipit never transpired. Or, not quite. An OBP was found at North Landing on the first evening we were there, but had disappeared (gone to roost?) by the time we got there. And Roger - bless his little sweaty cotton socks - decided to find a Bluetail at South Landing after the rest of us had gone home. Close, but no cigar. 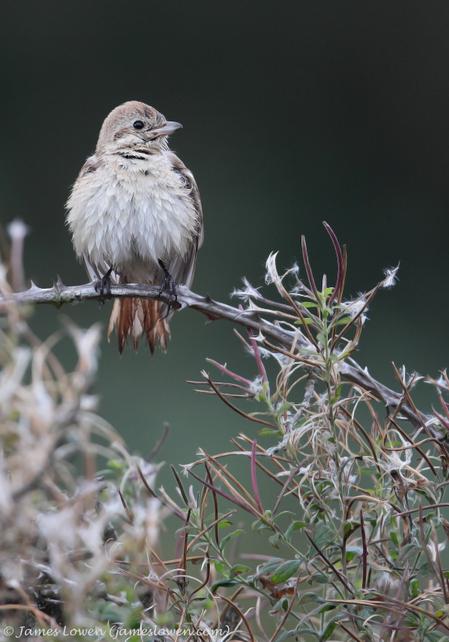 I was sure there was something good in the Woods, awaiting discovery, but try as I did,  it was beyond my powers to find it. Just as I was heading home, my sense was confirmed. Ashley Saunders had found a Blyth's Reed Warbler in Wells Woods. I headed over, and heard the odd call and glimpsed what was presumably the bird (tho' it didn't half look long-tailed, recalling Paddyfield rather than Blyth's!). But no more than that. A surfeit of frustration.... exacerbated the following day when an Isabelline Shrike was found at Holkham in bushes that I had checked specifically for that species. Grrr. But it's October. And in October I go birding. With another fortnight of the magical month left, perhaps I shall score yet...

A day at Happisburgh, in Punkbirder territory, was frustrating. I heard a Yellow-browed within minutes of arriving at the cricket pitch. But that was as good as it got - with only Ring Ouzel and Brambling as decent migrants thereafter. Richard Moores, on the other hand, struck with a Little Bunting. I was within 200m of him when he found it, but didn't get there in time to even see it. As I said, frustrating.

There were a few back-up birds, however. Between us, we mustered Firecrest, Ring Ouzels, Short-eared Owls, Merlin, Great Grey Shrike, Woodcock, Bramblings, Crossbills, Velvet Scoter, and plenty of thrushes. Bird of the trip, however, was Goldcrest. Swarms began arriving mid-morning on the Sunday, and we were never out of earshot during the subsequent hours up to dusk. Magical creatures - and hundreds upon hundreds of them.