In other news, I have had a couple of good Badger experiences recently. One  near Ipswich, where the photos of the boar below were taken. And one near Fakenham, where I enjoyed five or six animals, and watched behaviour such as dragging bedding back to the set, and mutual grooming.

In addition to the Slowworm Sharon found out in the open at Buxton, I found another on the Sunday at Holt. These are only the second and third examples of this legless lizard that I have come across out in the open, ie not under felts, tins or stones. Perhaps they are on the move for mating reasons. I confess to indulging in a brief fondle before releasing the animal safely into cover.

I have finally dug out the mothtrap since returning from Crete - a month later than most hardy moth-ers. The good news is that I have caught some moths; I feared enticing none at all to spend the night below my light. The bad news is that whereas others are catching Beauties, I am granted only Quakers, Pugs and Drabs. Let's hope things pick up as days warm and nights shorten. For now, here's an Early Grey. 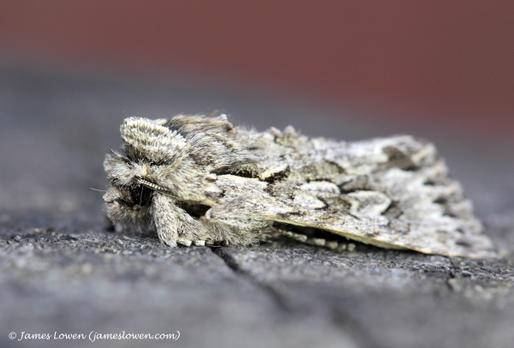 I took Sharon out to a couple of north Norfolk heaths yesterday, to show her some snakes. The weather was good, and I was optimistic for double figures of Adder. We saw... none. We guess that after a couple of days of warm weather, they had no need to bask for more than a few minutes, and were long gone by the time we arrived. This is the first serpentine blank I have drawn this year: never adder badder day Nevertheless, some fun encounters, with Sharon spotting a male Slowworm crossing a path at Buxton Heath, and us having point-blank views of a Woodlark at Holt Lowes. My hopes had been high for serpents after an exceptional hour in chilly, cloudy conditions on Sunday morning at Holt. Views of almost all were brief (the reptiles were skittish) but I managed ten individual Adders including three silvery, recently sloughed males. I even picked up the sloughed skin of one of them - which I will coax Maya into using for show and tell next week. The theme is dinosaurs, but showing a snake enables her to tell about evolution, right? Anyhow, some Adder record shots from SuperSunday.