Although we failed to find Southern Damselfly at a stakeout near Corfe Castle (covered in my book, 52 wildlife weekends), we did find quite a few Keeled Skimmers, including freshly emerged tenerals, and a few Small Red Damselflies. Near Swanage, we saw plenty of butterflies, with scores and scores of Marbled White, Dark Green Fritillary plus three Lulworth Skipper before the rain set in.

Hawkmoths were good, with several each of Pine Hawkmoth, Privet Hawkmoth and Elephant Hawkmoth. 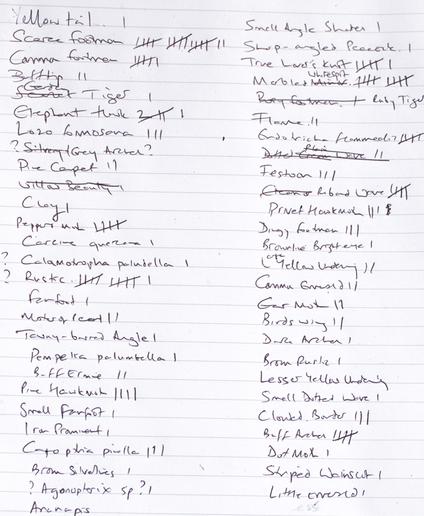 A work trip south-west this week afforded a couple of opportunities to get out, largely courtesy of my friends Durwyn Liley and Sophie Lake. The disappointments were missing Map in Dorset (too early for the second brood, I suspect) and Beaver in Devon, the latter despite some very good recent gen. But there was ample consolation! Highlight was doing some moth-trapping in Wareham Forest. Understandably given location (south coast) and habitat (heathland pine forest edge), the species selection was very different to what I have had in Norwich in recent weeks, resulting in several 'ticks' and plenty more to be identified. 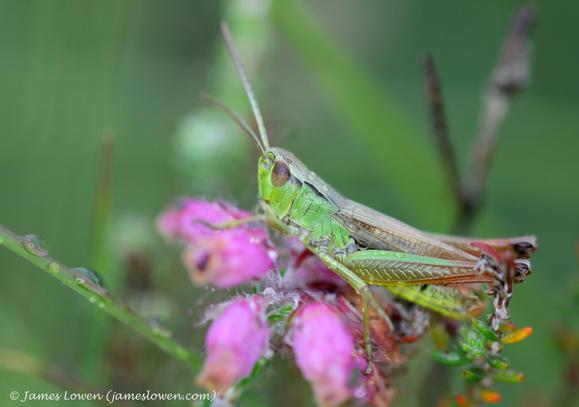 Near Stoborough, a mosaic of dry heath, wet heath and mire was good floristically. A few fine sprigs of Dorset Heath complemented the Cross-leaved Heath and Bell Heath. Brown-beaked Sedge was rare if underwhelming; I preferred the less scarce White-beaked Sedge.  We failed to find Bog Orchid and the Heath Fragrant Orchids (which would have been a tick had they been in bloom) had gone over, but the main quarry of the day - Bog Bush Cricket - was nailed at the second attempt. Despite inclement weather, we easily found half-a-dozen or so. Other orthoptera included Short-winged Conehead and Lesser Marsh Grasshopper (but no sign of Large Marsh), and the odd SIlver-studded Blue braved the rain.