The next cracker was a Pygmy Shrew, the first time I had unequivocally seen this species (after a couple of frustrating glimpses of possibles). The titchy animal was unambiguously male - and rather well hung, it has to be said...

Spring is the time when mammal-trappers expect the lowest number of captures. And so it proved. Rather than the 75% return that Paul and Mark had when they trapped here in October, we had 16% success rate. But there was quality... Top of the pops were two male Harvest Mouse. When released, they performed superbly. A complete treat to watch them at point-blank range.

As I am not a filthy twitcha, not going to Scilly for the UK's second (and first twitchable) Great Blue Heron was not an issue. Except, of course, it was. Since its arrival early this week, I have found myself palpitating with the frustration at not being able to go. Not a chance: I am Daddy Daycare for a week, while Sharon enjoys a much-needed, long-overdue break abroad. But there was mammalian and floral compensation in spades this weekend. First up, on the Saturday morning, was a visit to a site near Chippenham Fen in Cambs, where Mark Hows had laid thirty Longworths and their ilk: small mammals ahoy! In addition to Mark, Maya and myself, Ben 'wild boar' Locke was there (so I was able to retrospectively thank him for our Forest of Dean day) as was Paul 'wildlife films' Wetton. Plus Mark's boss's boss; and his kids. Full house.

After a brief (four-hour) trip to a Softplay/playground/nightmare in Stowmarket, we ended the day with a trip to the Suffolk Wildlife Trust open day at Fox Fritillary Meadows. Numbers of Snakehead Fritillary were lower than hoped, but any meadow with thousands of burgundy and cream blooms is lovely, so I wasn't complaining.

At the end of BBC Natural History Unit documentaries, the fad seems to be to 'go behind the scenes'. Here's an equivalent...

A large, ginger male Wood Mouse excited when it dropped out of the trap. But the underside of its neck confirmed that it was not the hoped-for Yellow-necked Mouse. Short-tailed Field Vole is the small mammal that I see most frequently when out and about, but it is nigh-impossible to photograph as it always speeds for cover. So catching one today was a nice opportunity to get out the Canon. 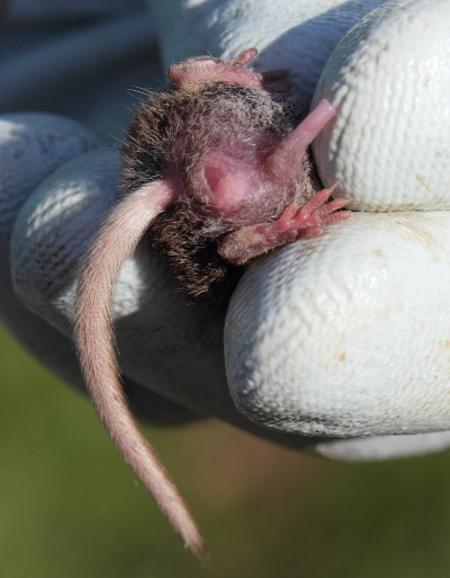 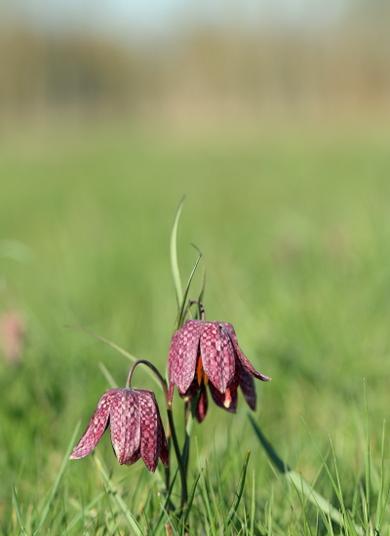