After a few minutes activity, the moth was spent and perched up to regain its strength. A stunner! 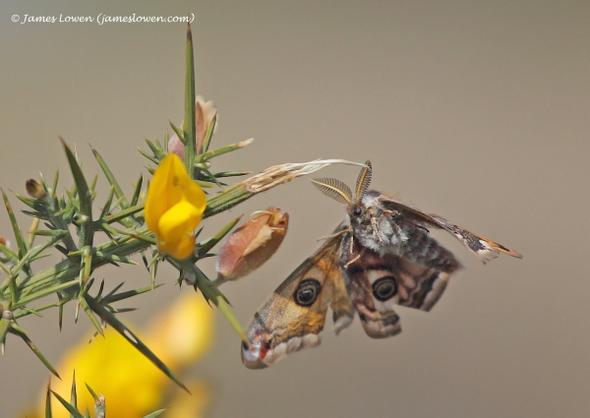 In discussions with Sacha Barbato last autumn, we realised that neither of us had seen Emperor Moth, and that one of Norfolk's best sites for them - Buxton Heath - was within easy reach of both our homes. A plan was hatched for the flight season of mid-April to end May. With the help of a pheromone lure from ALS, Sacha had a few male Emperors buzz round him in poor conditions at the weekend. With better weather promised for Thursday, Sacha and I arranged to meet for a repeat showing. The scent took an hour and several locations before it enticed a male out of slumber and into libidinal action. The moth went crazy for a bit, flying around the lure and even landing on (and appearing to try to mate with) a model of a female that I had balanced on the gorse bush.

Our parting shot was a Green Hairstreak, a classic spring butterfly on heathland. This one was in fine condition, and was even a tick for Sacha. 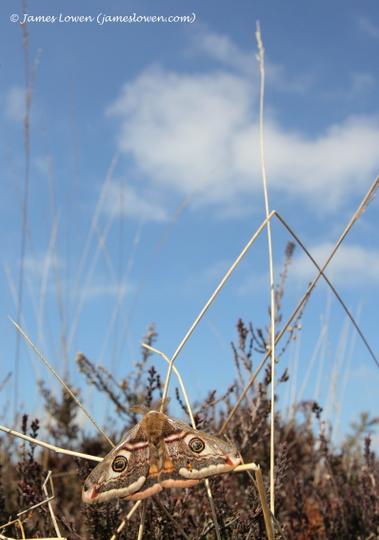 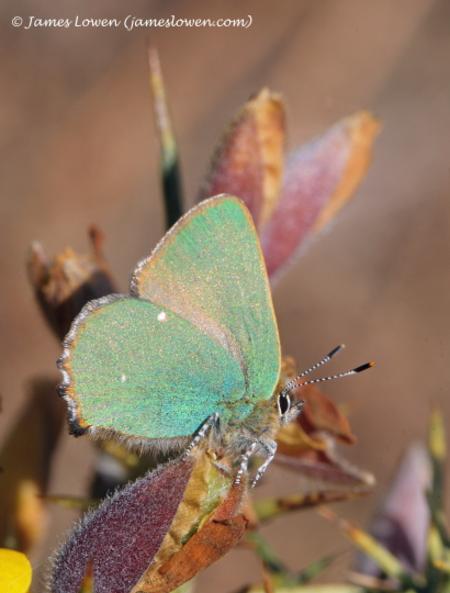 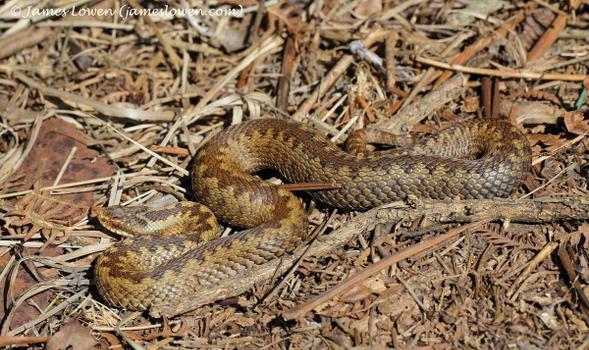 After this, we left the moth in peace inside a clump of heather, where it was remarkably well camouflaged. We headed off in search of herps. Common Lizards were everywhere, but we only managed one Adder, a small but sexy female.