One night a rarer species, Small Elephant Hawkmoth, was in the trap alongside its larger cousin. 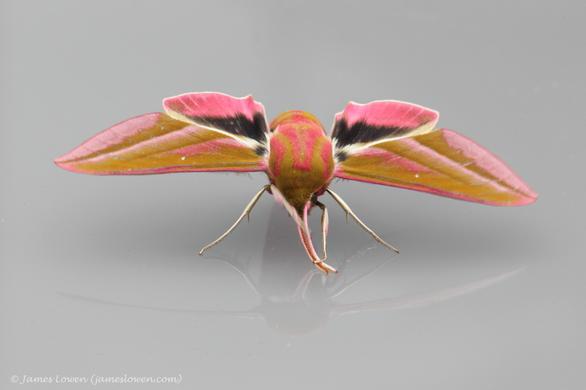 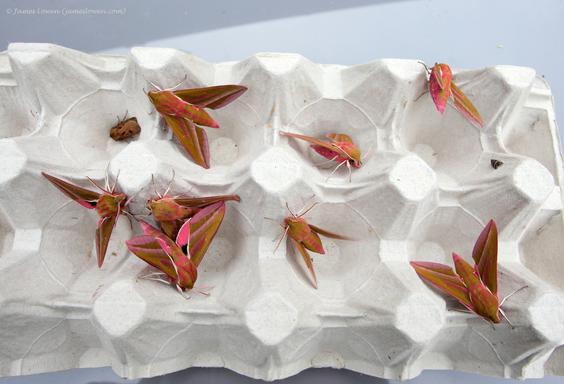 While on Bleakney, I managed to miss an adult summer-plumaged Laughing Gull which flew over my head as it winged its way westwards. I guess I didn't entirely miss it, having glimpsed it as an unidentifiable dot, my attention being caught by the Paddyfield-watchers further along the point running to the beach and looking out. Fortunately, I've seen a Laugher in Norfolk: Walcott in 1992. Nevertheless I felt a right twonk. 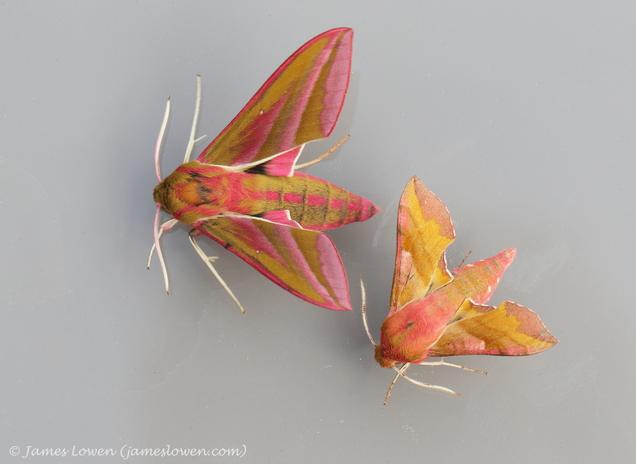 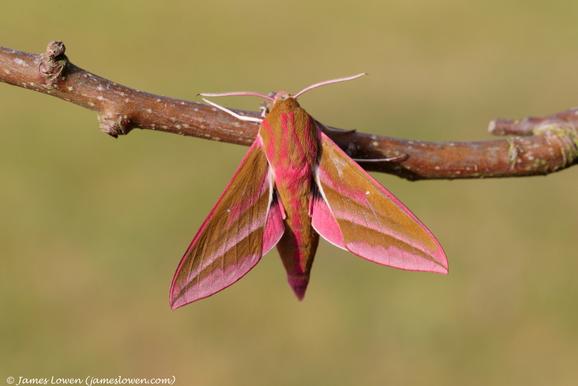 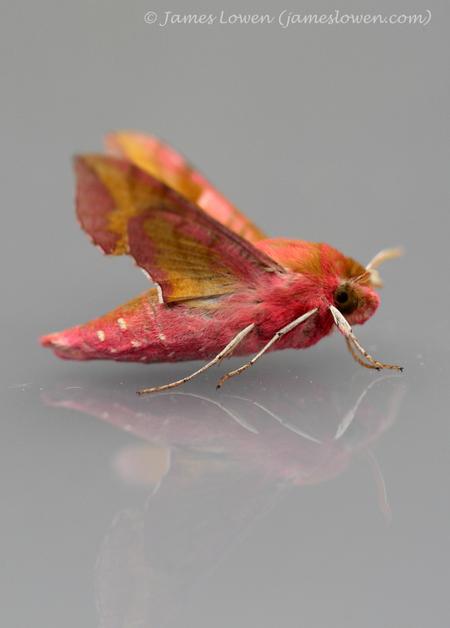 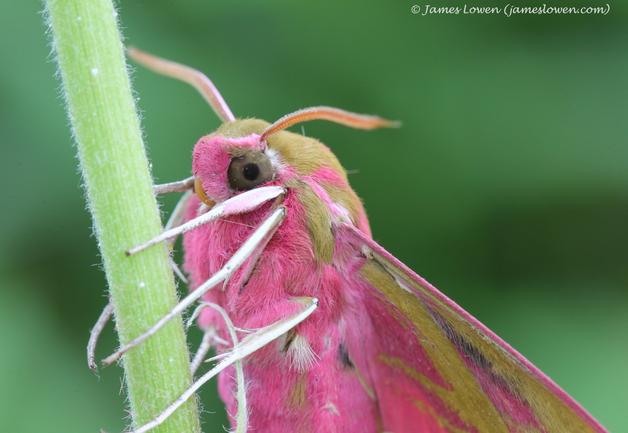 Anyhow, this post is not about birds, but moths. And not about moths, but one particular moth: Elephant Hawkmoth. Over the past week, I must have had 20 or so in the garden trap. Amazing creatures and always a treat to extract. Maya absolutely loves them: bubblegum pink. Some candy talking, indeed. (Chris Packham, that's for you.)

June is always a hectic month for a wildlifer. There's so much to see and hear, catch and photograph. Back on 12th, after Maya's birthday party, I walked up Blakeney Point into an enveloping storm that some judged almost as bad as the infamous Alder Flycatcher trudge. Bleakney Pointless, more like. Nevertheless, with thanks to Mike McCarthy, I managed to track down both the Paddyfield Warbler and Blyth's Reed Warbler. Together with the Marsh Warbler I'd watched at Narborough the previous evening, that meant three new Acrocephalus warblers for my excuse of a Norfolk list within 24 hours. Each was surprisingly distinctive in flight jizz, which prompted hope that I might find my own this autumn. Paddyfield was pale, long-tailed, large and slim, with pale fringes to the rectrices. It almost looked Whitethroat-like. The Blyth's Reed was chunky and short-tailed, with a massive head and bill: like a giant tody-flycatcher. The Marsh was large, chunky and short-tailed, but without the big head of Blyth's. But not a single photograph to prove any of the points. Doh.