I did my longest twitch yet for a moth this month: nearly 15 whole miles down to Wymondham, where author Ed Parnellhad caught a sumptuous Waved Black. There have been just 10 or so Norfolk records of this sallow-loving moth.

I was also rather taken by a very smart Flame Carpet, new for the garden and only the second I have seen.

A quick, image-rich blog on some July moths. I did plenty of moth-ing last month, and passed 400 macros for Britain, a milestone of sorts. I will kick off with some images from a morning at RSPB Strumpshaw Fen , courtesy of site-manager Ben Lewis and the Norfolk Moth group. The personal highlight was undoubtedly an incredible nine Small Dotted Footman, a Red Data Book species that Ben only discovered at the reserve as recently as last year.  Back-up species included only my second Puss Moth plus my first Double Lobed. 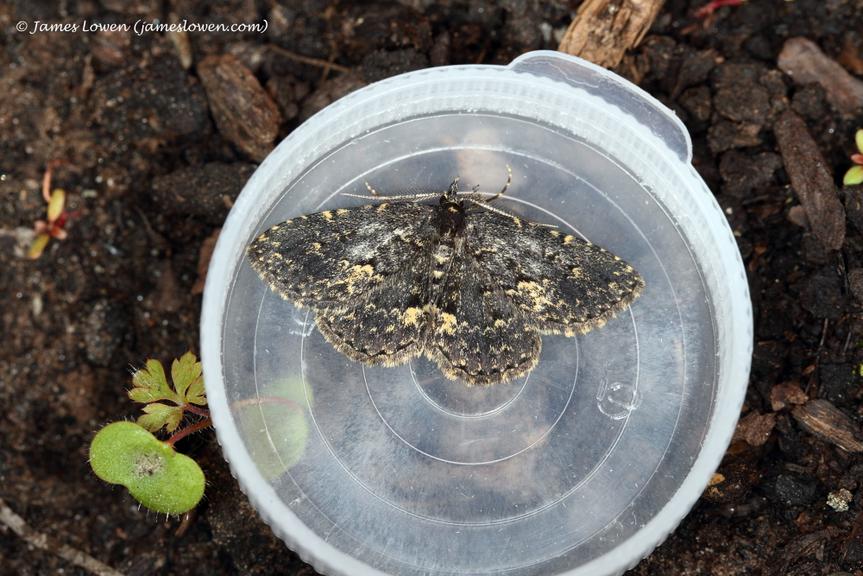 Trapping at home hasn't been as good as last year, but there have still been some fine creatures. Highlights were two each of Dark Umber, White-lined Dart and Oak Nycteoline (all new moths for me) plus Small Sallow, Rush Veneer,Golden Plusia and Box-tree Moths (both New Costessey specialities, it appears).

I have also seen some lovely micros and had great fun with clearwings, but both of those merit individual blogposts, so you'll have to wait a day or two to learn more...