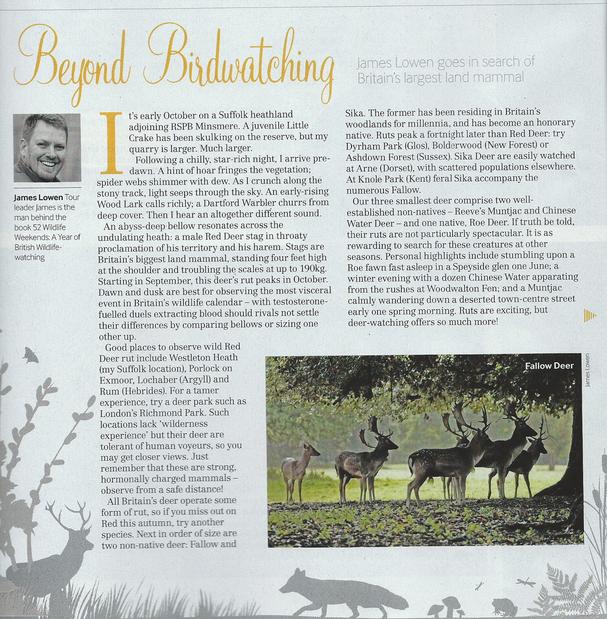 Whilst on the topic of this particular issue of the magazine, I might as well post my latest instalment of my Beyond Birdwatching column, this time about watching deer.

It's September, and that means Fair Isle season. After last year's extravaganza, it pains me to admit that I am neither going this autumn, like this lucky man, nor next year, like this lucky man. Instead, I have to make do with writing about what it is like to be a first-timer on the faraway isle. This feature, written late last year, came out in the Autumn 2015 issue of Bird Watchingmagazine.