And so the richest wildlife month continues, with little let-up in pace... despite a heavy workload. Sleep is at a premium. Highlight of the week was this Lobster Moth, which that kind gent Mike Dawson dropped round at mine on his way to work at Swallowtail Printwho, coincidentally, make a fine job of printing Neotropical Birding, the magazine I edit. Serving as temporary home for this endearingly furry creature enabled the odd thumb-twiddling moth-er (Mike, Matt and Dave) to wend their way round and enjoy it.

On my daughter's birthday weekend last year, I managed to see (well, glimpse) three rare Acrocephalus warblers (Marsh, Blyth's Reed and Paddyfield), rather small brown jobs that inhabit dense vegetation. This year, en route to a cricket match in Cambridge, I watched their larger cousin, Great Reed Warbler. A male has held territory at Paxton Pits, for several weeks now. Although chuntering away robotically and constantly, it only showed a couple of times, and then at range. Record shots only, in consequence.

Other local moths included a sumptuous Beautiful Golden Y (courtesy of Matt) and several Common Swift. Numbers are on the up, which is promising. One 'haul' this week topped 100 macros.

I chanced my arm with White-barred Clearwing at a site in the Norfolk Broads. But to no avail. Compensation came in the form of a couple of female Red Deer and my first really enjoyable dragonfly encounters of the year, notably with several Norfolk Hawker. This shot is marred by the unsightly background, but nevertheless welcome.

Earlier in the morning, I stopped twice in the Brecks. First up, I failed to find Hornet Moth on some poplars nudging a suburban housing estate. But then I enjoyed the Military Orchids (and a couple of other species) near Mildenhall. Splendid blooms. 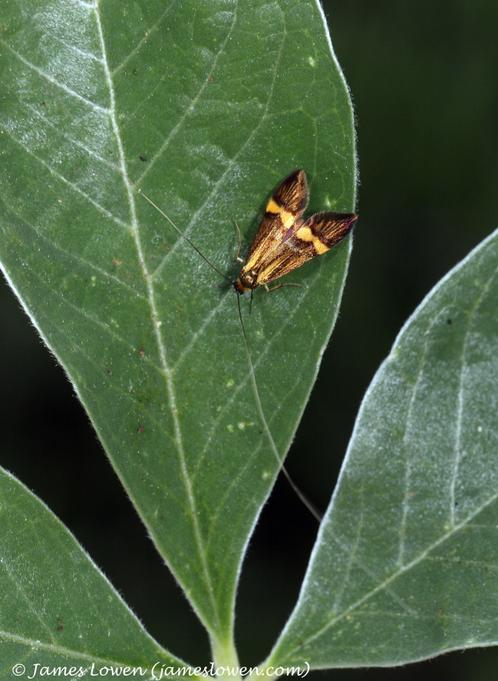 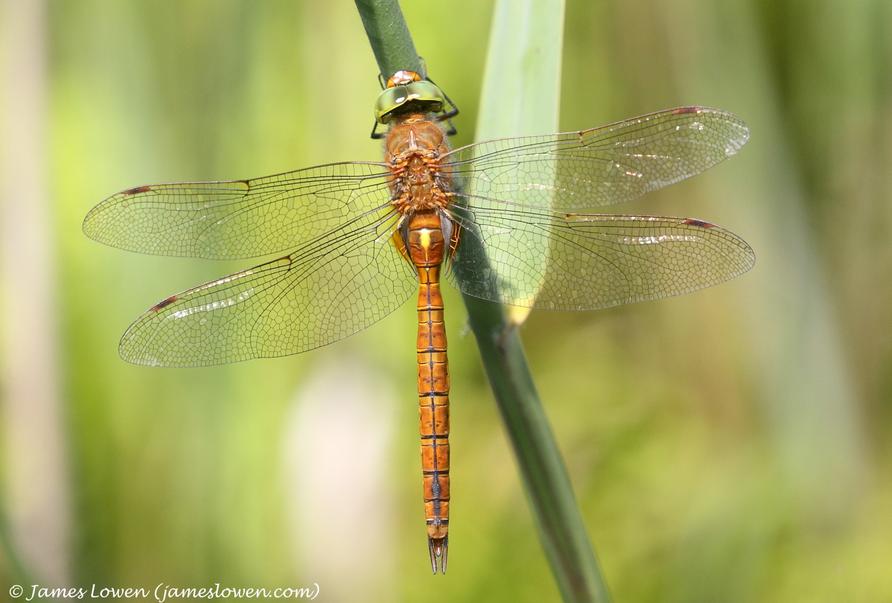 One of the twitching trio, Matt, had kindly brought round a couple of sparkling Longhorn moths. Not only do these tiny insects have the longest eyebrows known to invertebratekind, but when you shine a light on them (e.g. a macro flash), apparently dull sooty wings transform into shimmering bars, lines and curves of colour. Glorious: enter Adela croesellaand Nemophora degeerella.