Shortly after lunch, and right in the middle of compiling material to send to BBC Springwatch Unsprung(on which I'm guesting on Friday), a message from Will Soar prompted me to drop things and run out the door. Collecting Yoav Perlman en route, I drove at an acceptable pace towards RSPB Titchwell. The reason: Britain's fifth Great Knot! Now I have seen one of these before, but it was the infamous Teesmouth 'Great Dot', a bird so distant that (I learnt last year, in a chance meeting at another rare wader, this time in Somerset) the kind birder who drove me there in 1996 didn't even tick it. I should have gone for the Breydon Water bird (2014) to make up for that, but I was in the middle of moving house - and it was simply too tricky. Once I arrived in Norfolk, I started to regret that absence of commitment. What chance of one turning up in Norfolk ever again? Well... with a Dutch bird this spring, I actually reckoned those chances were marginally raised, with Breydon or Snettisham target locations. But as spring morphed into summer, so hope faded. Until today. 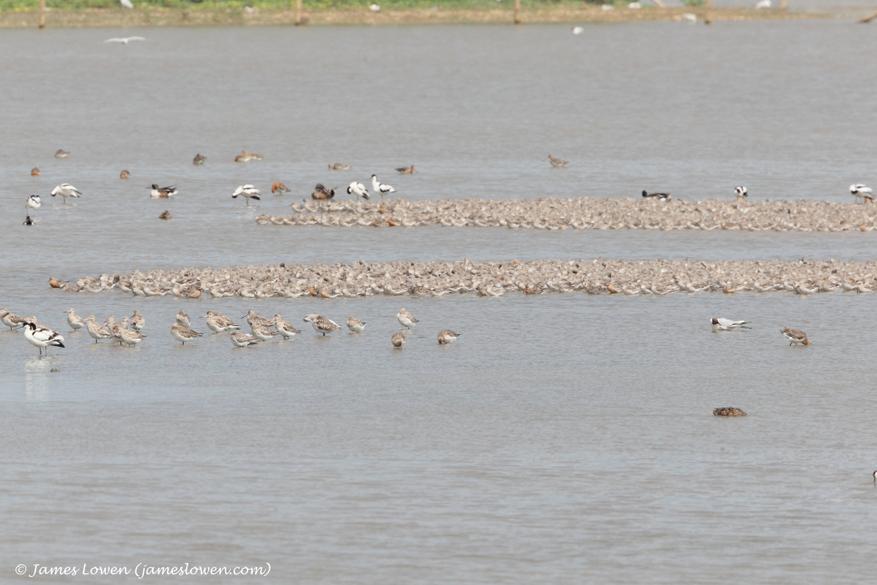 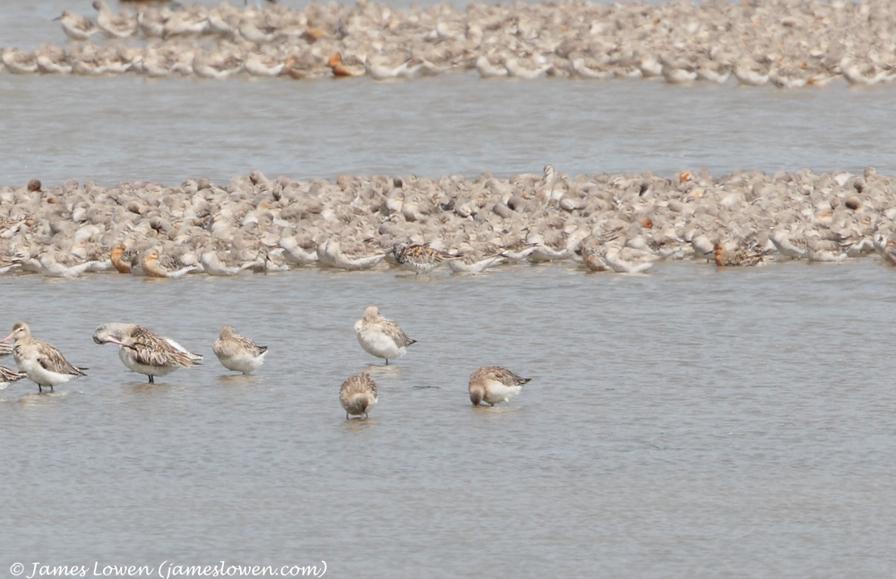 Although my ear was occasionally distracted by a pair of Mediterranean Gulls, and my eye by a stunning summer-plumaged male Ruff, I thoroughly enjoyed seeing this globally threatened Asian shorebird barely an hour from home. But now it's back to work. So here's a grotesque crop to keep me happy. Hope it returns tomorrow for those who didn't catch up with it after a thunderstorm scared the flock at 17h05.

Granted, the Great Knot was sat in the middle of Titchwell freshmarsh so too far away for photography. But it was sat at the front of a big flock of Knot, was definitely more than a Great Dot, indeed apparently an adult in full Turnstone-like summer plumage, and gave excellent scope views. Wow! But I still bet you can't see it in the image above. So here's a crop which might help... a bit. 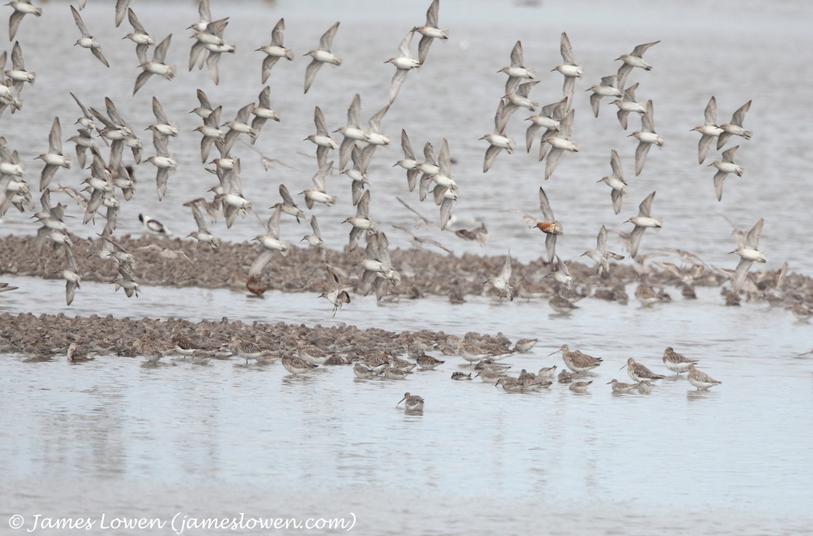 It spent most of the time asleep, barely batting an eyelid when Red Knot flew in, their arrival prompted by a high tide. 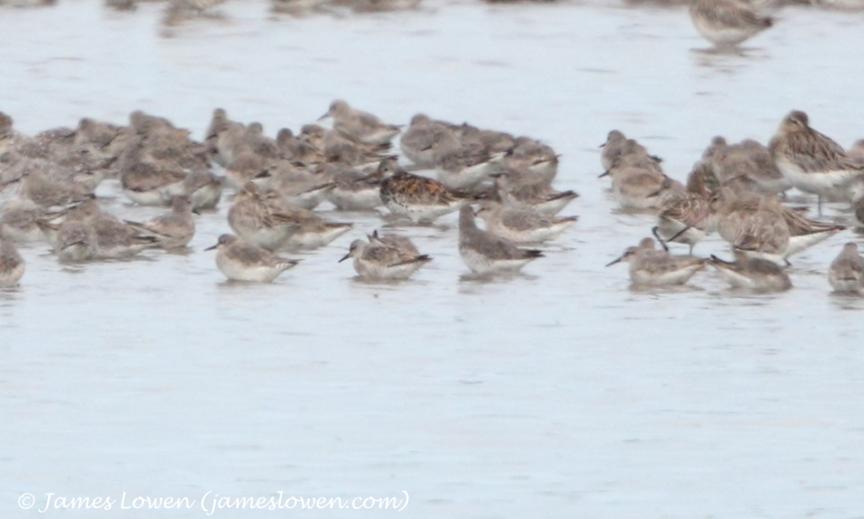