Next, a few local moths. Some in my trap, some in Matt Casey's dad's garden round the corner, and two inDavid Norgate's garden in Dereham.  The highlights were Dotted Chestnut (Nationally Scarce and just the 24th record for Norfolk according to David), Lead-coloured Drab (localised and a tick for Matt as well as me), the spectacular Mullein (of which I've only previously seen the caterpillar) and Shoulder-stripe. Thanks to Matt and David for their generosity.

Visiting a couple of locations around Bowthorpe, I failed to find any Nightingales returned - but it can't be long now. Common Buzzards flew over the garden three mornings running; when will I manage Red Kite, Peregrine or even Kestrel? A Swallow passed through, and several Willow Warblers, Chiffchaffs and Blackcaps were singing. The Purple Toothwort was past its best, but still impressively purple and copious. This is a scarce, naturalisedplant whose presence here is not entirely fortuitous, having been apparently dropped to the ground by a local conservationist. Ahem. 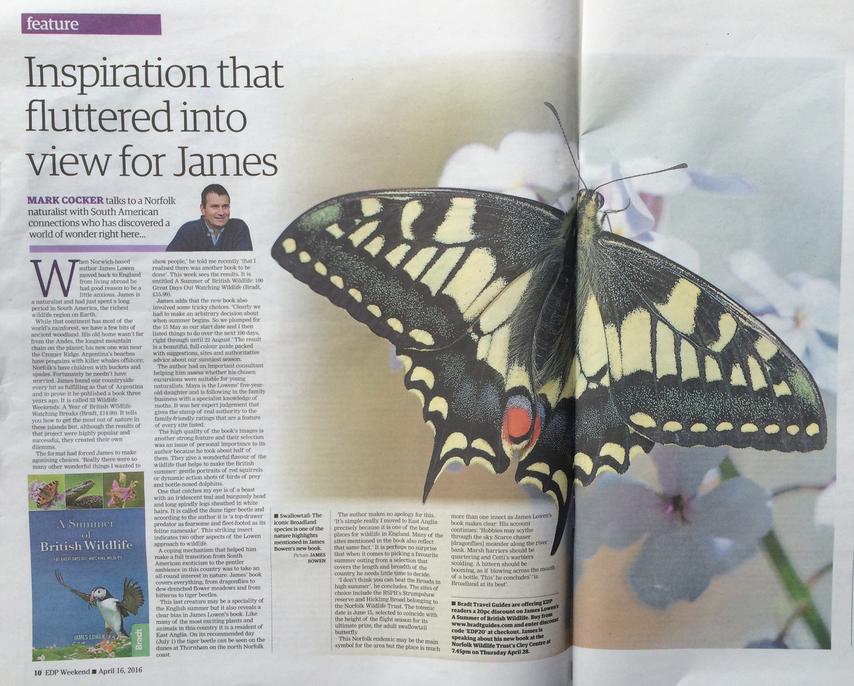 First up, gentleman-naturalist-author Mark Cocker was kind enough to write a double-page feature about my new book, A Summer of British Wildlife, in today's Eastern Daily Press.