East Hills ('the Hills') are a quasi-mythical land of wonder, isolated in a remote area of the Norfolk coast and impossible to reach without drowning. Unless you go with some who knows the way, like 2016-rarity-magnet Dave Andrews - in which case it takes under an hour's yomp. I accompanied Dave yesterday as the conditions looked good for a fall. The omens were also good: I had my second Olive-tree Pearl Palpita vitrealis (a rare and beautiful micro-moth) of the autumn in my garden trap, and then watched a Polecat/hybrid scoot across the A1067 at Great Ryburgh (the closest I have ever come to seeing this species). Things looked even shinier as the first bird I heard when getting out the car at Warham Greens was a Richard's Pipit, which I watched flying south. It transpired that it had flown over Dave Andrews two minutes earlier. As we trudged through sludge, spirits were high. The talk was of Norfolk's first Eastern Crowned Warbler. 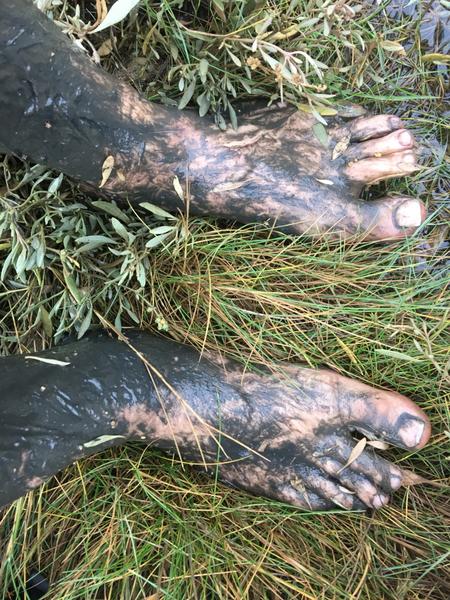 We failed in our exalted quest. Nevertheless, it felt fairly good. There were 100s of thrushes (Song, Blackbird, Redwing) in the hedges and bushes both at Warham Greens and East Hills. We had a Yellow-browed Warbler on the Hills, and I later had 1-2 at Warham Greens. Also on the day list were three Lapland Bunting, Black Redstart, Ring Ouzel and Hen Harrier. So a neat walk. Given the Radde's fairly nearby at Holkham, we were a little disappointed not to encounter a cheking Phyllosc. So I will make do with a couple of Dave Farrow's images from our Portland Sunday, featuring Stuart White, Phil Saunders and myself. Phil looks suitably dazed, after finally scratching his 20-year itch.