Earlier in the day, I was driving north of Acle when i spotted two Common Cranes feeding within 50m of the road. Sensing a papping-opportunity, I pulled into the next available opening, a field entrance. The Cranes round here are nervous, so they flew before I had even thought of getting out of the car. 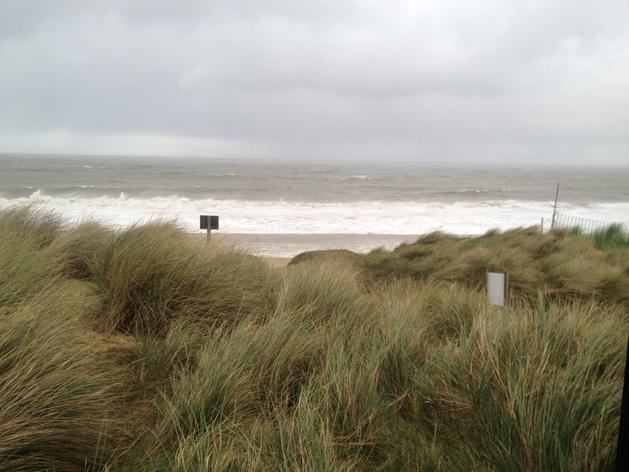 And then I reversed the car out of the entrance to the field, back onto the main road. Or tried to. Wheelspin. Mud. Wheelspin. Deeper mud. Stuck in a rut. After an hour of manoeuvring, of digging, of lining my wheels with vegetation and even a towel... nothing. Desperation. Panic. And then a nice man with a rollie hanging out of one corner of his mouth turned up in a Broadland Council bin lorry. My Saviour. With a bit of grunt and load of revs, he towed me out of the field onto the road. In the rather unlikely event that you read this, thank you.

This prompted others to flap up and relocate... in total, there were 18 birds, by far the most I have ever seen at one site. No close photos, clearly, but some evocative ones. 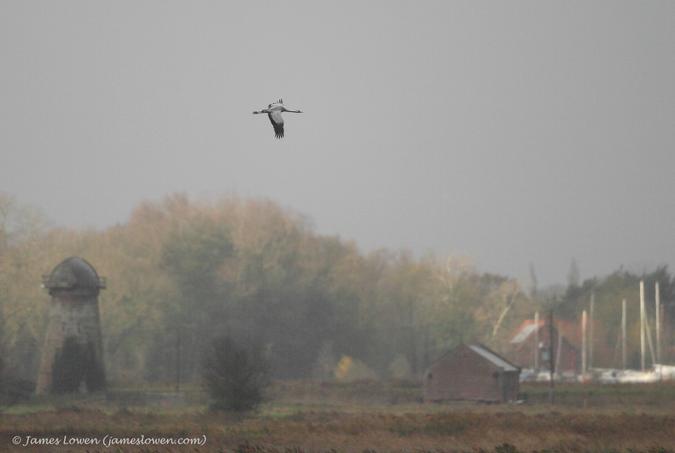 Strong northerly winds certainly produced #Seawatchsaturday. After doing a bit of work I made for Winterton, to get some shelter by looking east rather than north. A bit of an incident en route (for which, see below) delayed my arrival. As with elsewhere on the North Sea coast, there was lots of stuff moving, pretty continuously. Wildfowl mainly, and in decent numbers, all battling their way back north. It was a delight to see 20-strong flocks of Pintail plus handfuls of Goldeneye. There was scarcer stuff too, with my personal highlights being picking out a Leach's Storm-petrel struggling north and a Little Auk buzzing over the breaking waves. Cracking.