We soon notched up 30 or so individuals, the females fat and apparently gravid (pregnant), the males smaller.

I am writing today's blog as part of the comedown from another hectic British Birdwatching Fair. Exhausting, but exciting! Complementing the mainstay of working on the Seriema Nature Tours stand (promoting Argentina and Bolivia as wildlife-travel destinations), I exhausted my vocal chords with three talks on the Saturday, nattered fruitfully with several publishers and magazine editors (with one potentially amazing project resulting), secured some thrilling press trips (Ecuador, Extremadura, Estonia and more), and chewed the fat with friends made over decades. Worryingly, I was accused (twice!) of being "cute" by a well-known Birdfair organiser and was categorised (twice, but by different parties!) as being "these best-dressed man at the Birdfair" (I have all directed them to Specsavers, don't worry). All splendid, of course, but the downside about living inside a marquee for three very long days is that I have barely seen any non-human living creatures for four days. I am redressing the balance virtually, with a blog about wildlife-watching in the pre-Birdfair week.

Intriguingly, we found no creeping thistles here, just meadowrue. Presumably (and with thanks to the inimitable James Emerson, an unending font of knowledge) the adults were mating on meadow rue, prior to egg laying there; this is the larval food plant, while creeping thistle is that of the adult. 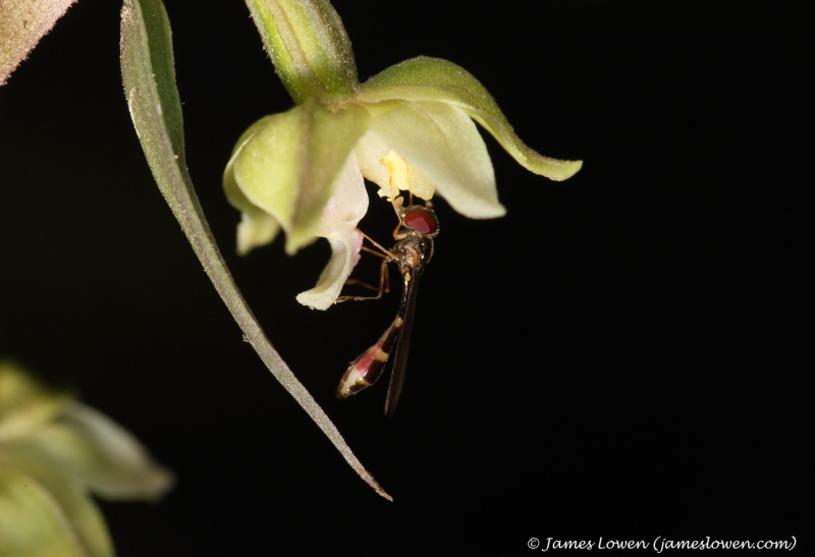 Mark had never seen Galeruca, and was nerve-flutteringly keen to see it. He was thus galled when warden David Nobbs said that the adults had yet to emerge, and might not until September. David took us to one of the sites, which we searched unsuccessfully. Here was abundant creeping thistle, but next-to-no meadowrue.  David then directed us towards another good area to try. As we approached a stretch of path rich in meadowrue, Mark swiftly spotted a female, then a male, then another female. Game on! 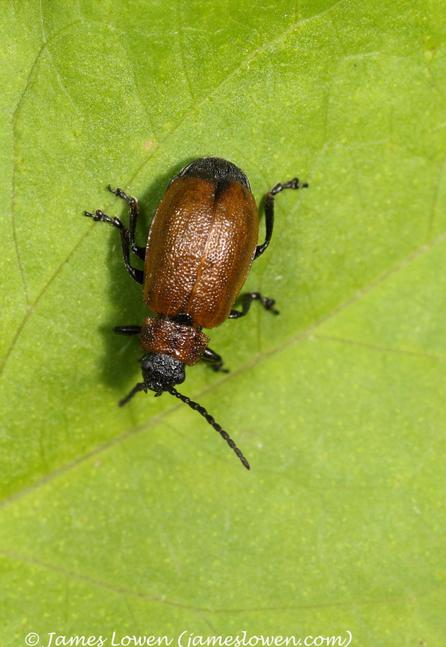 At one double-stemmed plant, I spotted a small hoverfly (which proved to be Braccha elongata) beavering by the blooms. As I watched it landed on the flower, certainly posing and quite possibly pollinating. Wonderful stuff! 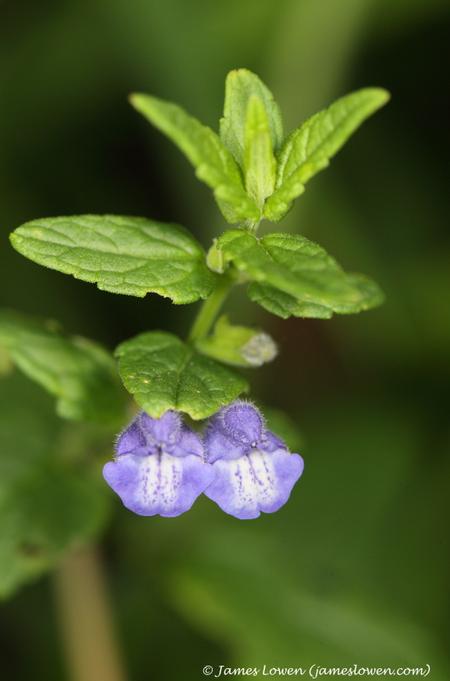 Naturalising with someone as knowledgeable (and downright fun!) as Mark was a pleasure. He pointed out invertebrates such as tortoise beetles and plants that I would doubtless have walked straight past such as Skullcap...

I partially returned the favour by pointing out our first Willow Emerald Damselfly of the year. After which, we returned home to be joined by Andy Musgrove, like Mark a friend from my teens. Mark, Andy and my daughter Maya did a mini bioblitz in the garden, finding a small beetle called Rhyzobius lophanthae, which was only discovered in Norfolk a couple of years ago. Garden wildlife rules!

We even found a mating pair; how frequently has this species's act of union been photographed, I wonder? 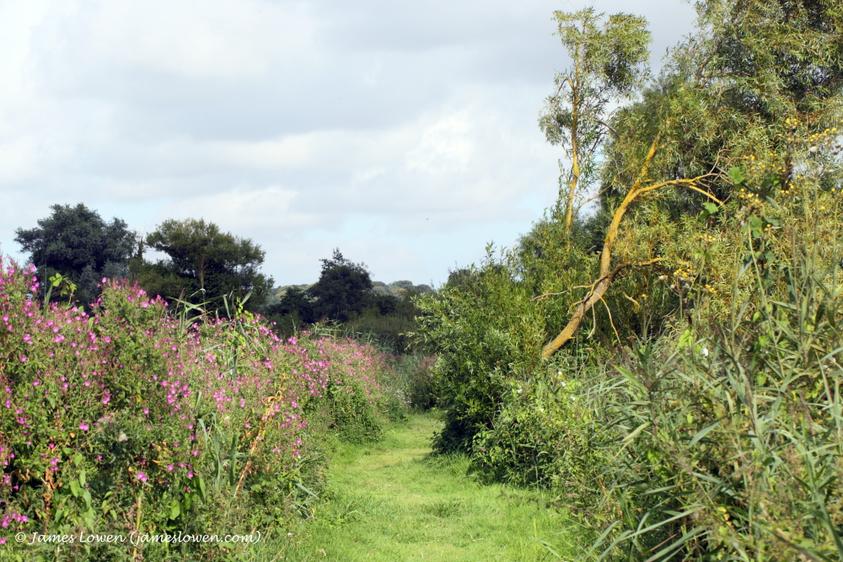 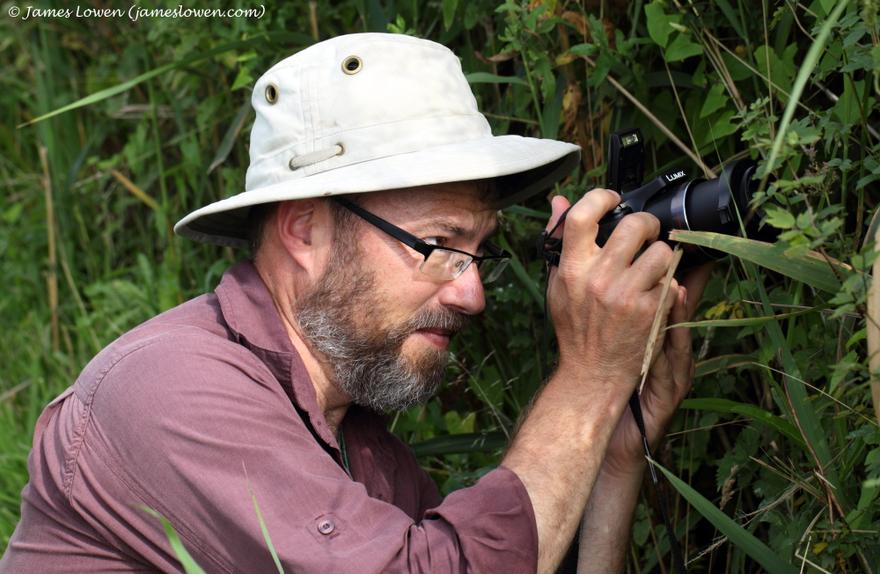 Leaving Belstead Downs after four hours in perfect conditions, we felt like we had dipped. For sure, we had seen our target butterfly. But we hadn't seen it well. We had snatched at it, but not savoured it. We cheered ourselves up with a trip to the Suffolk Wildlife Trust reserve of Groton Wood. With gen that Will had secured from Chris Lansdell (thanks, Chris), we counted 14 Violet Helleborines. Most were in perfect condition, with three yet to flower and just one (a towering giant of 60++ cm) past its best.

Trip of the Week was to the Ted Ellis reserve at Wheatfen, in the Norfolk Broads. I joined Mark Telfer in his search for a critter named Galeruca laticollis at its sole site in Britain. This russet beetle was discovered here in 1996 (the first recent British record) and has not been found elsewhere, despite searches on its presumed food plants (meadowrue and creeping thistle). Indeed, it now appears only to live in a couple of small areas of Wheatfen; in British terms, a true rarity.

The week's other notable excursion was into Suffolk with Dave Andrews and Will Soar. We aimed to see Brown Hairstreaks at Belstead Meadows, south of Ipswich. We managed repeated flight views of one individual (a male on behaviour, we assumed) but no females descended to lay eggs on the various strips of blackthorn. So no photos, sorry. Fortunately a couple of spiders were more co-operative: a stunning female Wasp Spider was actually bettered by an Araneus quadratusthat had snared a bumblebee.