Why the relevance to this blogpost? The answer lies in (c) above: a phone call to me from Dave Andrews, as we were team-birding Gun Hill (where Stuart White and I had found Dusky Warbler last Saturday), that he had "a possible Issy Wheatear". I ended the call and the four of us diligently checking random clumps of suaeda and buckthorn scurried the 80m or so to join Dave in search of the candidate Isabelline Wheatear. Dave had lost the bird, but was pretty confident that it was Isabelline, based on pale plumage and extensive black tail. Given that Dave is a very fine birder (with discoveries this autumn alone including Lanceolated Warbler, Arctic Warbler & Red-flanked Bluetail, the latter only yesterday), he was always going to be bang on with the snap identification, so we clearly needed to refind. Two minutes later, the first photo (above) was in the bag, nailing the black alula and pale appearance, prompting me to shout out "It's an Issy!" To be frank, that didn't need saying. It was, as Will put it, "paler than sand" in colour. It was chicken pie in tone, rather than the pie crust (something I confirmed later that evening, once home after 28km of walking; see photo). It had gleaming white underwings and a black tail. The bird promptly sodded off over the hill. For the next five minutes it proved to be very flighty until it finally gave us the slip. Then Dave (who else?) relocated back at the original spot. And there it settled, to have every inch of its identity pored over. Unlike Isabella's knickers, I suspect. (Oh, while I remember it, if you came here after a Google search for something else, I am sorry to have disappointed you if you have actually read this far.) 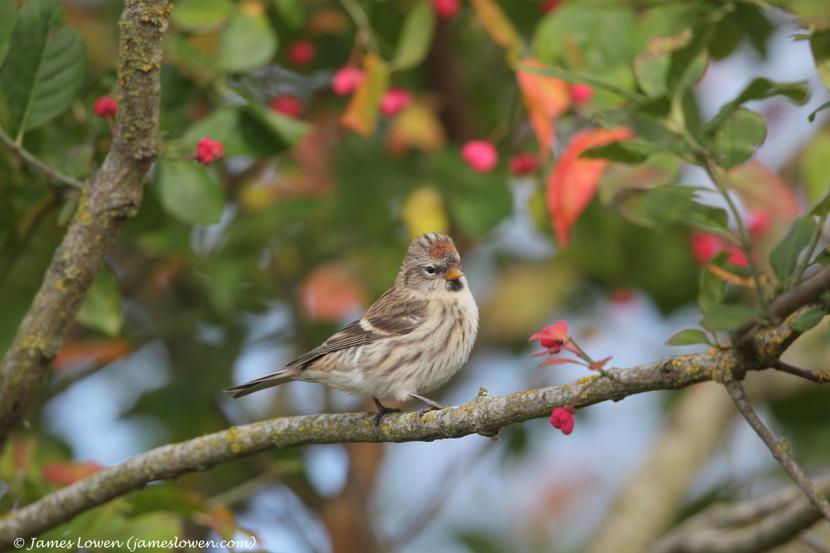 After supping our whisky, we returned to rarity finding. To be frank, we flunked. It was hard going with very few migrants (nothing like the numbers last weekend). Three Waxwings flew over calling (a singleton then a duo). Phil thought he heard a Red-throated Pipit calling twice, but it called no more. Three Bullfinches flew from the Dunes to the Pines; migrants, perhaps, but no indication of trumpeters. A Jack Snipe flew in from the sea and carried on inland. And a fine Mealy Redpoll crashed into a tree in the dunes and offered decent views.

The wheatear prompted some interesting discussion about what constituted a find, and for whom. This was Dave's find, clearly. The rest of us were 80m away. But it was also a 'team find', because we were working an area collectively, in tandem, collaboratively. So does that make it a 'co-find'? And, if so, what is the status of that for our respective self-found lists? Can we claim 'an assist'? We 'helped' with identification, in a way. Nominally, I was the first to shout 'it's an Issy', but that's just because I had taken the first clinching photo. And we all knew what it was - particularly Dave, whose initial phone call was admirably (but unnecessarily) cautious: he understood full well what he had found. The answer lies in the emotions of the four of us other than Dave: while ecstatic to share the find with him, and to help nail it, we were each individually galled that we had not been the one to walk through that open area at that precise time. After all, it's not as if a wheatear is a skulking Luscinia or anything that demands high-grade fieldcraft...

Wandering back we had good views of the Shorelark that others had found whilst we were communing with the cetacean. I've never managed particularly good photos of this species, so to get a couple of snaps here was pleasing even if it was a very dull bird. 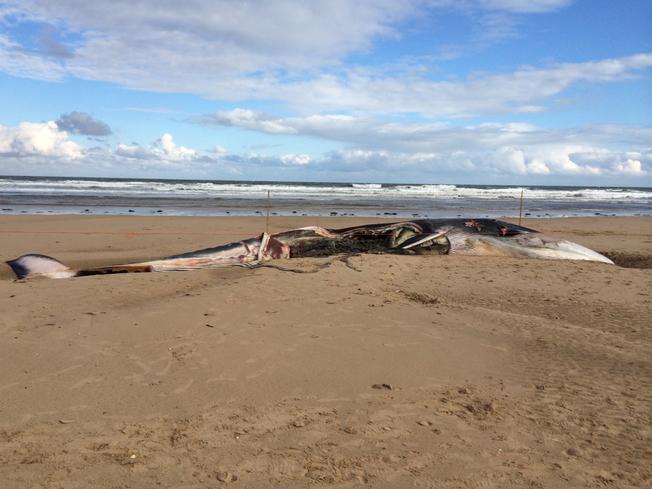 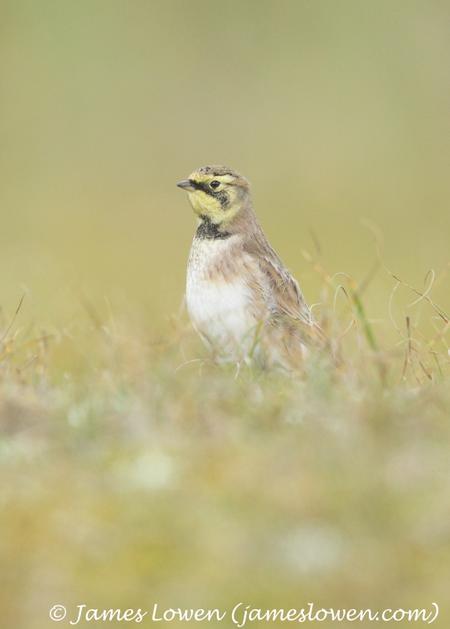 The first birders on the scene were Andy Clements (BTO boss) and Andy Symes (compadre of Wells last weekend and Shetland earlier in the month). Whilst the Wheatear had gone fly-about, the Andys had relocated it out on the salt marsh. This may have been a surprise to Andy C, but Andy S at least had a heads-up as I had texted him shortly after the find, knowing that he was mooching along the seawall towards the Dunes. They both joined us in admiring this pallid beauty. And so did a score of others over the next 30 minutes or so. An arrival that prompted our departure - in search of further rares. One mega found by the team was not enough; we had designs on Norfolk's first Eastern Crowned Warbler/Siberian Accentor/insert other as your list demands...

If we had had any sense, we would have ended the day there. Instead, we chose to spend a few hours failing to find any rare birds (indeed, any migrants other than a few Brambling), wandering extensively between Warham Greens and Stiffkey Campsite Wood and back again. It was with aching feet and weary limbs that we trudged a muddy return to the car. Whether our underwear had turned isabelline or not, I think it best not to reveal. 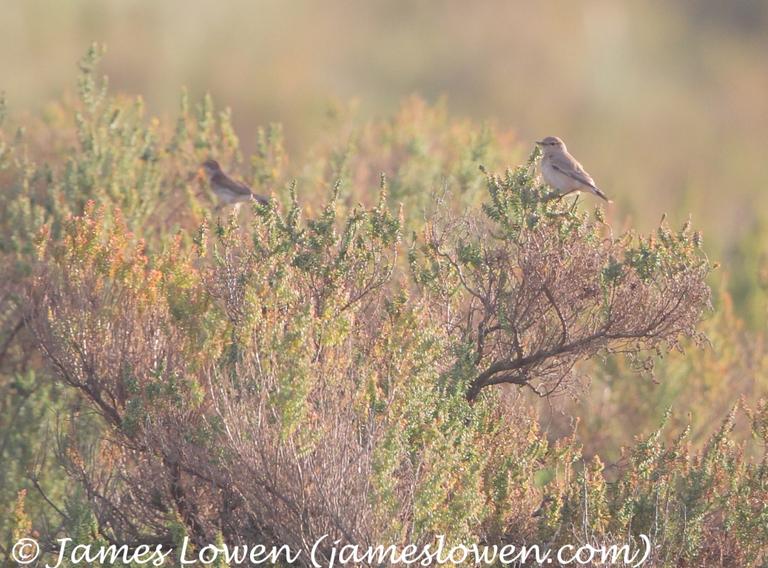 So on we went. First we chose to pay homage to the young female Fin Whale that washed up on Burnham Overy beach a couple of days previously. With the post-mortem carried out yesterday, the whale was not in particularly good condition, what with her guts spilling out and great chunks taken out of various parts of her body. And she smelt rank too. And from half a mile off, to boot. Sadly, this is my third dead whale on Norfolk beaches this year, after Minke Whale at Salthouse and Sperm Whale at Old Hunstanton. 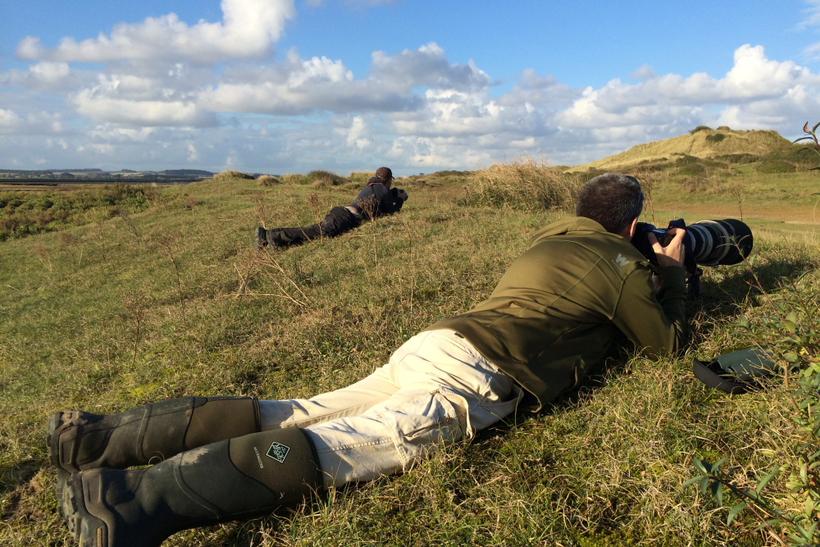 I learnt something new and exciting today. That what I learnt appears to be fable rather than fact slightly disappoints me. But, at the time of learning it, it was new, and thus exciting. As Yoav, Dave, Will, Phil and I sat on the dunes at Burnham Overy, slugging whisky at 10am to (a) celebrate Yoav's birthday, (b) mourn the passing of a Fin Whale and (c) celebrate yet another Guernsey Dave find, I 'learnt' that Isabella, Archduchess of Austria and daughter of Philip II of Spain, had dirty knickers and that these unfortunate undergarments were the origin of the hue 'isabelline'. Reputedly, when Isabella's father laid siege to Ostend in 1601 Isabella supposedly vowed not to change her underwear until the city was taken. Unfortunately for her, the siege lasted three years and she had to wear the same grubby nether garments until they developed an unsavoury hue; isabelline, a sandy yellow. Sadly it transpires that the word was already in use during the 16th century; hence a rather titillating story is fable rather than fact.