Yoav Perlman had spent Monday failing to persuade me to drive him to Essex the following day to see a dot of a Wilson's Phalarope. Even bribery didn't work. On Tuesday, I needed to work, and allure of Yankage was immaterial. This man could stay Yank-free.

Wetness scotched plans to see tree and sickle-bearing crickets, both stunning recent discoveries by Observatory warden David Walker. Instead, Yoav and Michael forced the crutch-bound Will and myself to drive them to see the Wilson's Phalarope. I punished them by squeezing Hawky in the back for the ride. From Dunge to Vange (via grunge and flange).

Arriving at Dunge in the pouring rain, it was clear that the flycatcher was skulking somewhere in Southview Garden. We got wet and frustrated. Then very wet and very frustrated. Then... 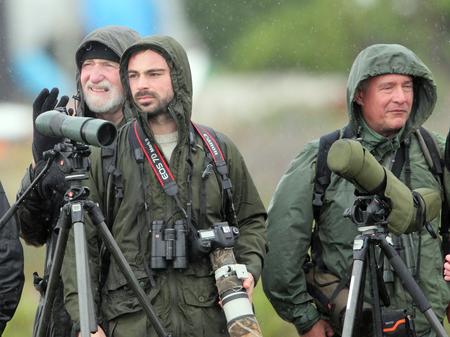 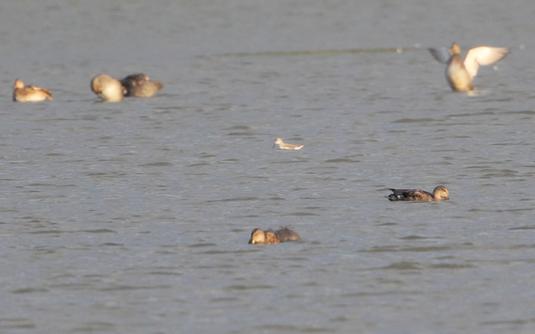 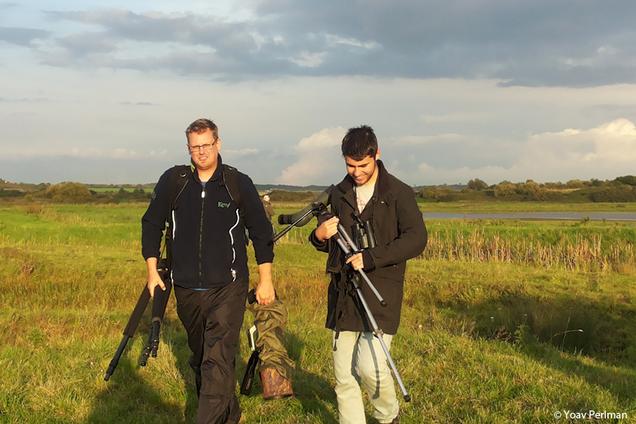 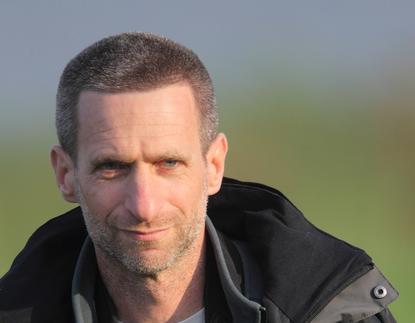 The Phalarope was a spinning dot, a distant child's toy. It may have been 25 years since the only one I've seen in Britain (Hayle Estuary, Aug 1990), but I've seen thousands in Argentina, and this did little for me. I preferred the four juvenile Little Stints on show. Oh, and that bedraggled New World flycatcher. Autumn has arrived, with a clump and a thump. Bring... it... on... 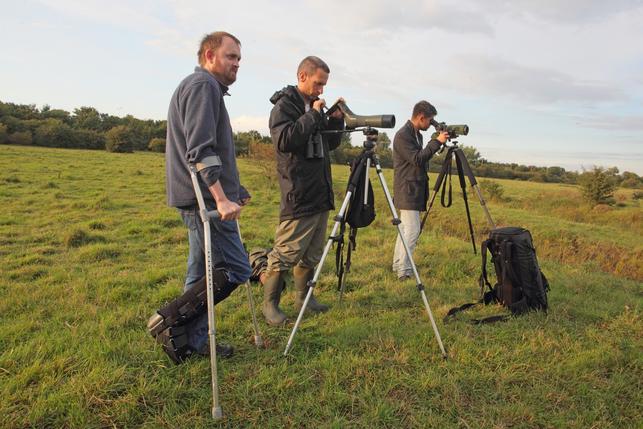 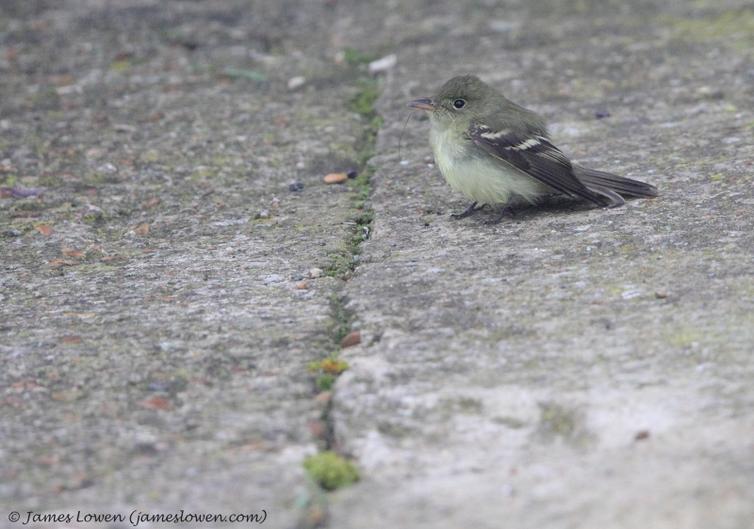 Until, that is, 10h09 on Tuesday. At that moment, everything had changed. News broke of an Empidonax flycatcher at Dungeness. Given that I needed Alder Flycatcher (having been abroad for one and a wuss for the other), I phoned Yoav and told him to pack his bags. By 1100, we had picked up Yoav, Will Soar and Michael Murphy and were steaming south. En route, it emerged that Alder had been discounted, and that the smart money was now favouring Acadian, a potential first for Britain. Adrenalin started steaming out of our ears.

... the Empid showed delightfully and bizarrely, sat on the cottage's concrete drive. Over the next  hour it showed occasionally but well. The primary projection was very long, the wings were typically held drooped and the tail floppy, and the bill was long and distinctly hooked with a curved culmen. All signs of AcadianFlycatcher, and indeed the www consensus seems to have settled on that. Wet, but what a result.