A couple of contrasting ways of photographing these small orchids! O for the flexibility of youth.

Then to White-barred Clearwing. On Friday, a couple of RSPB folk let me know that they had lured three White-barred Clearwings. (I'm not going to mention who or where; that's their call, not mine.) Maya and I pootled over on Sunday lunchtime... and scored within five minutes. Quite exceptional. This moth is much larger than the other two, with enormous white-tipped antennae. It really stands out in flight. I'm delighted that good things come in threes! 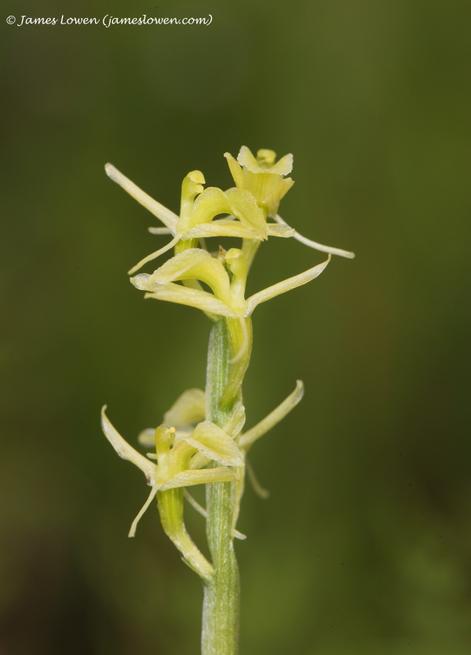 Bee was not the only orchid of the week. I paid a couple of visits to sites holding Fen Orchid in the Broads, seeing a few score. They are very difficult to photograph: I just cannot seem to get the right balance between adequate depth of field and uncluttered background.

This week has seen my luck change. These wasp mimics have been clear and present. First up was Currant Clearwing at an allotment near the Norwich ringroad. Within a couple of minutes of placing the lure near some currant bushes, Dougal McNeill, Will Soar and I watched three or four males fly in. I say 'watched', but these things are so tiny that they were barely visible to my weak eyes. Relocating the lure a few score metres away, on Dougal's own allotment, we lured what may have been another individual Currant fly in. And then a bigger insect, a wasp no doubt, buzzed past us. Fortunately, Will and Dougal were more alert than me, and realised it was another clearwing - but a different species. Sure enough, it made a beeline for my tupperware pot full of clearwing lures. Upon capture, it proved to be a Red-tipped Clearwing. A stunning creature - and a big surprise so close into town.

More than ten days since I last blogged. You might think that this is because I haven't been out wildlife-watching. And, granted, multiple simultaneous deadlines (and, I admit, tweeting about that horrendous Referendum result) has kept me inside more than I would like. But it's June. And that means there is SO much wildlife to see. I just haven't had time to write it up. Let's make amends.

At Sizewell, I was bemused by a very pale Bee Orchid. It was clearly not chlorantha, but perhaps fitted the bill for the dubious variant known as flavescens. In this image, the flash gives the plant far more colour than it displayed in 'real life'.

At one site, we also saw quite a few Crested Buckler Fern, a species that occurs at just four sites across Britain. Special indeed.

A few other fun things were seen as I travelled around Broadland: twenty-odd Marsh Grass-Veneer (Nationally Scarce B), a Swallowtail on a fenside hedgerow (more natural than in a reserve garden), and half-a-dozen Norfolk Hawkers.

In other news... either side of appearing on the final episode of BBC Springwatch Unsprung, I enjoyed a couple of nice orchids. I saw the ghostly chlorantha Bee Orchids at a site south-east of Norwich and at Sizewell power station. These are really beautiful, almost ethereal plants. I passed details of the former site to a couple of friends, who subsequently counted 9 and then 13 plants. 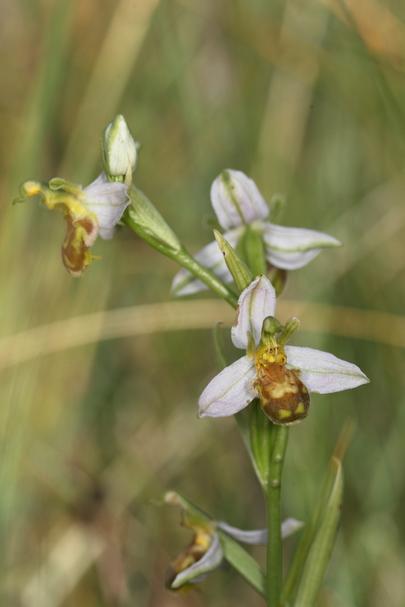 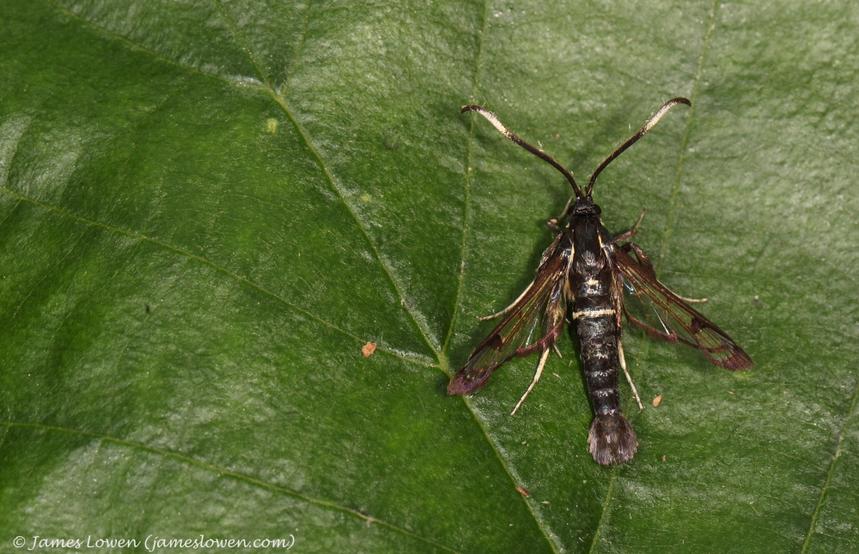 No such uncertainties with standard Bee Orchids. There were 30 or so at Sizewell, and I also enjoyed a number that have been naturalised in an inspirational garden just outside Norwich, where the owner had created meadows on the banks of the River Wensum.

I don't have a great record with Clearwing moths, those amazing wasp-mimics. Aside from Thrift Clearwingon Bardsey last year, courtesy of young genius Ben Porter, and a chance encounter with Lunar Hornet Moth in Dorset a decade ago (before I even started to understand what moths are about), I've not seen a single one. And not without trying, for I have hung out lures for several species this year and last. Of particular note, I have dipped three times this month alone on the (clearly) elusive and (understandably) poorly known White-barred Clearwing at Catfield Fen in the Norfolk Broads. Friends muttered that I was jinxed, and inferred that they may no longer wish join me in trying to see these titchy moths.