Next we headed to the coast. Earlier in the month, I passed Will and Dave Andrews a tip from the perpetually well-informed James Hunter about where to see Dew Moth (Nationally Scarce A; very local) near Folkestone. Will and Dave found several males on the clifftop. I demanded Will bring similar luck. And (helped by further tips from Andy Lawson) he did. We had a male almost immediately, not far from where we parked the car, then 4 males at his site. All flew up from longish grass as we walked past. Photographing them was surprisingly difficult, and I only got a single shot with which I was vaguely happy. 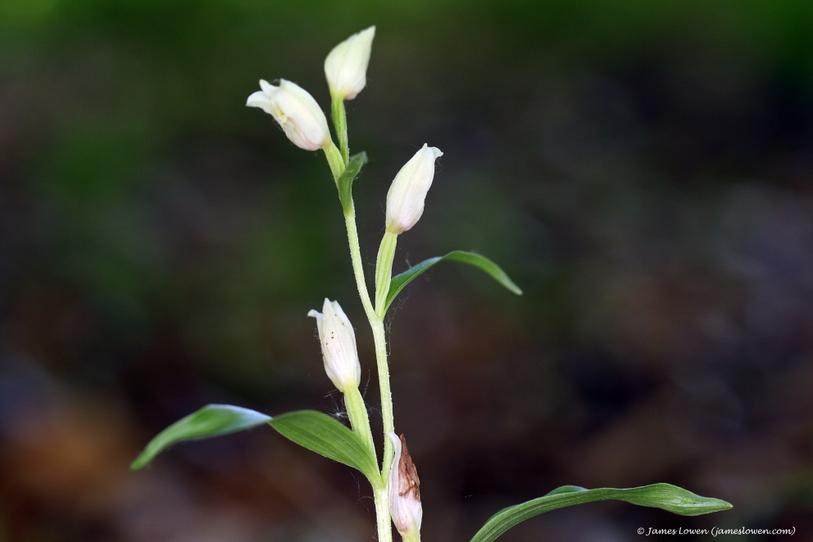 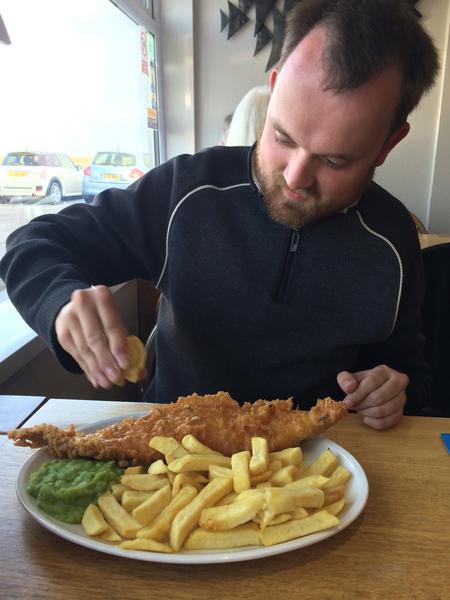 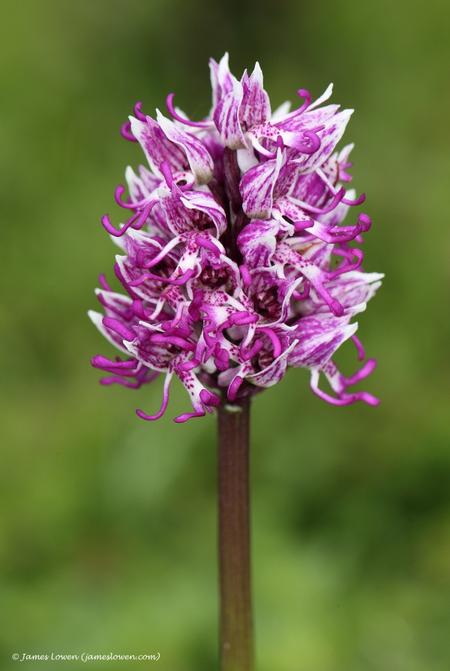 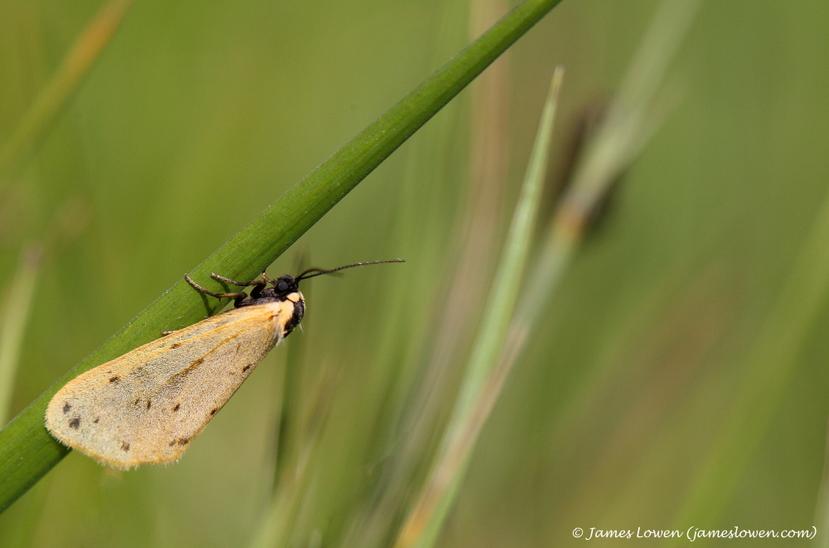 By now it was late afternoon. We could have headed to Bonsai Bank for hundreds of Lady Orchid and a crack at Duke of Burgundy. But we found it impossible to resist some filthy (bird-)twitching. The previous day, a summer-plumaged adult Laughing Gull had been found on the beach at Hastings. That night, Dave Walker (warden at Dungeness Bird Observatory) predicted that it would work its way east to The Patch at Dunge. He was proved right within a few hours, the bird feeding on the nuclear power station outflow from early morning onwards. We had fine views of it ranging between the Patch and the seawatching hide. 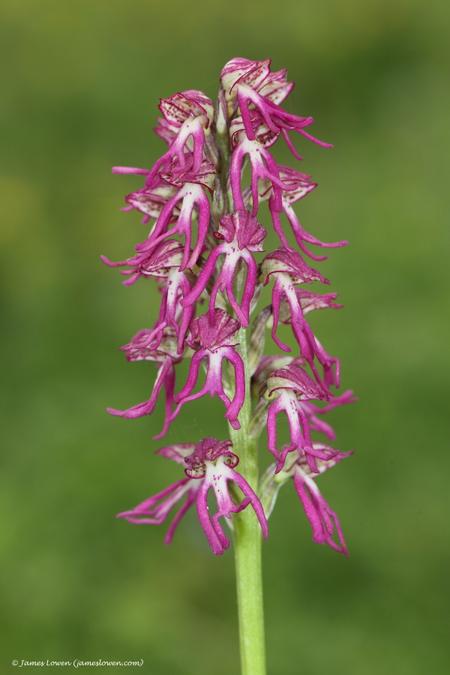 In the shadier woodland, White Helleborines were coming up all over. Only two plants were relatively advanced. I have always found photographing these plants impossible. You need plenty of depth of field, as the plants are broad and deep. But if you do so, the messy background infiltrates. Exposure is also tricky, with ivory-white flowers yet a dark background. This is the best I could do.

In a clearing here were four Man Orchid in a clearing, plus Common Blue and Burnet Companion.

As well as a lingering Early Purple Orchid, there were a dozen or so Lady Orchids. The bright light and plant dimensions made for difficult photography: hard to get the depth of field right, and hard to avoid unforgiving brightness.

We adjourned to a nearby site where 13 Late Spider Orchids were in fine fettle. There had been just four flowering five days earlier, so we were well chuffed. Both Spider Orchids within an hour! At a different site, cages protected (but also drew attention to) perhaps 20 Late Spider Orchids, three of which were in flower. We had hoped to see Black-veined Moth here, but to no avail. Conditions were perfect, so presumably they have yet to emerge.

This is only my third Laugher in Britain (and my first since 1992), and my first summer-plumaged bird anywhere. Even if it was a gull, it was very smart - and most pleasing to see.

Interesting that the Dew Moth's shape and colour resembled closely a burnet moth pupa that was common at the site. Anyone know whether the Dew Moth's appearance is anything more than coincidence?

With that we retired to The Pilot Inn and foraged. I reckon Will's fish was bigger than him. A supersized end to a wonderful day - all the more special because it took place on my old stomping grounds of Kent. 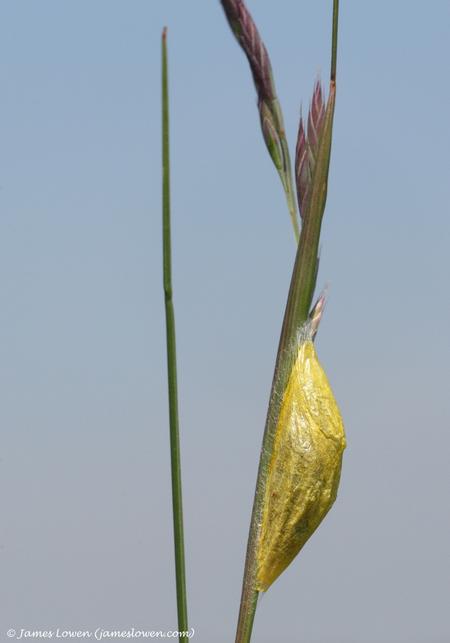 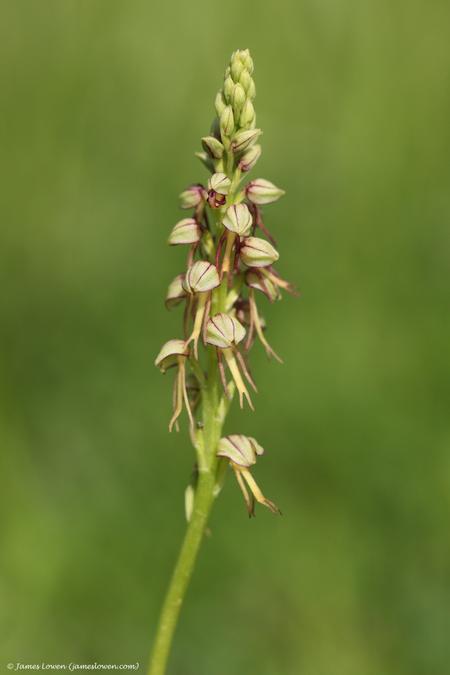 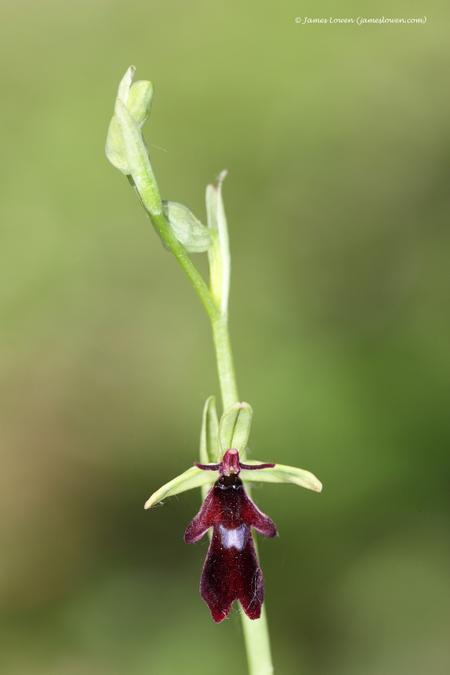 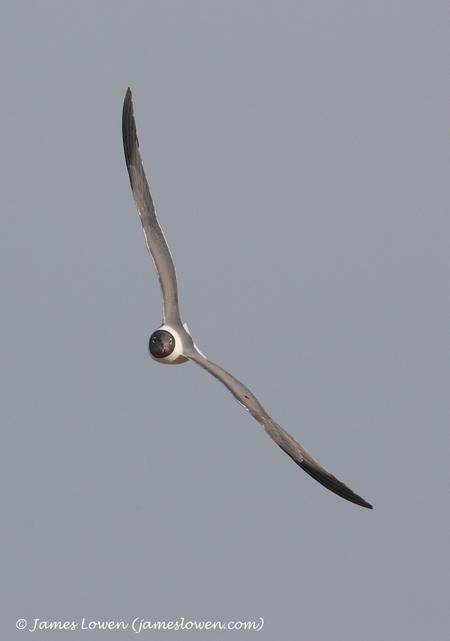 The supporting cast wasn't bad either. Star turn was ten-ish Monkey Orchids (but we failed to spot the Man Orchids, which were hiding at the bottom of a slope, we heard subsequently).

There was other stuff around. Nottingham Catchfly was gloriously common (see photo below). Two Early Spider Orchids clung on (pretty late). Will spotted a smart hoverfly which looks like Xanthogramma citrofasciatum, a fairly localised species. I flunked my photo opp, but did enjoy a Peregrine flying around the sheer cliffs below us.

Next we called in at a site to the east for the primary purpose of the trip: a hybrid Man x Monkey Orchid. This was, quite simply, the most exquisite flower I will see all year. Sumptuous, elegant, excitingly coloured. And an exceptionally rare hybrid to boot! Thanks to Jon Dunnand Andy Lawson for guidance.

(With thanks to Paul Whiteman (BirdingProf) for suggesting the name for the day's highlight... and thus blog title.)

On Thursday, I enjoyed a cracking day wildlife-watching in Kent, in the company of Will Soar who had oodles (well, six) ticks. Some of the sites we visited are sensitive and/or harbour sensitive species, so if the location is not specified, that is deliberate. (And please do not ask me to divulge!) After a horrendous few hours getting across Essex (I will spare you the details but suffice to say that the only good part was a toilet stop), Will and I started at a site I can name: Plantlife's reserve at Ranscombe Farm. Will spotted what was, surprisingly, the only Fly Orchid of our day - right along the main path (where I had them two years ago). Typical smart, but only a single flower unfortunately.