Finally, I am delighted to make two announcements. First, The Countrymanmagazine wants me back. I wrote a series for them about wildlife weekends in 2014-15, and have now been invited to write a monthly column about wildlife-watching throughout 2016. Second, as of 2016, I will be resuming the role of editor of Neotropical Birding magazine, which I previously held from 2006-10. Great news! 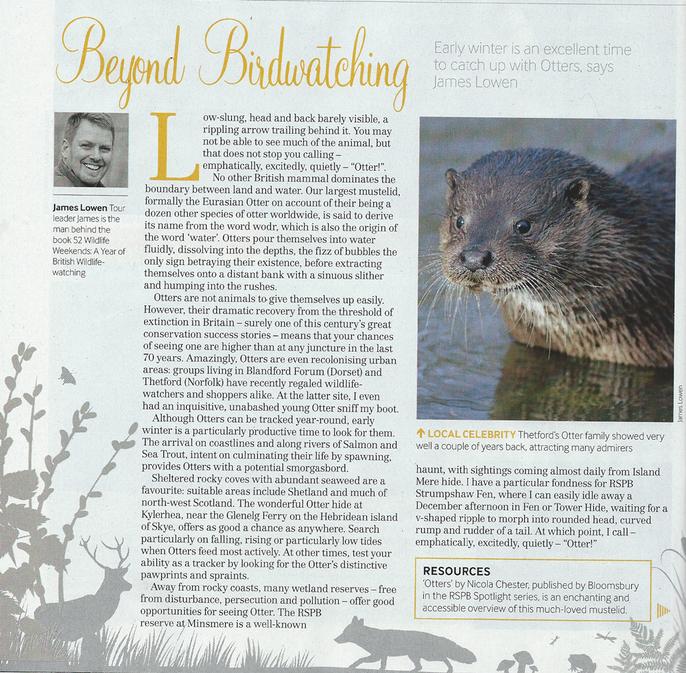 Then a feature on the potential disturbance that birdwatchers pose to birds, in the2016 Birdwatcher's Yearbook. 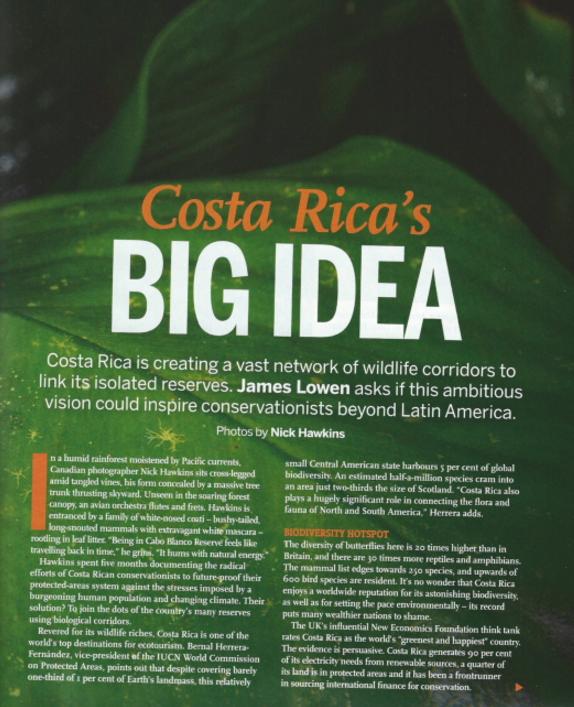 Then there's my monthly column in Bird Watchingmagazine, about non-avian wildlife. This month I am enthralled by Otters. The image is of one of the confiding Otters in Thetford a couple of winters back.

A couple of recent articles to flag. First a BBC Wildlifefeature about biological corridors in Costa Rica; a lovely article to write, and an honour to illustrate a portfolio by a photographer as top-notch as Nick Hawkins. I am delighted that Sheena Harvey has been appointed as the magazine's new editor. I have worked with Sheena previously on Bird Watching, Wild Traveland Discover Britainmagazines - which bodes well!