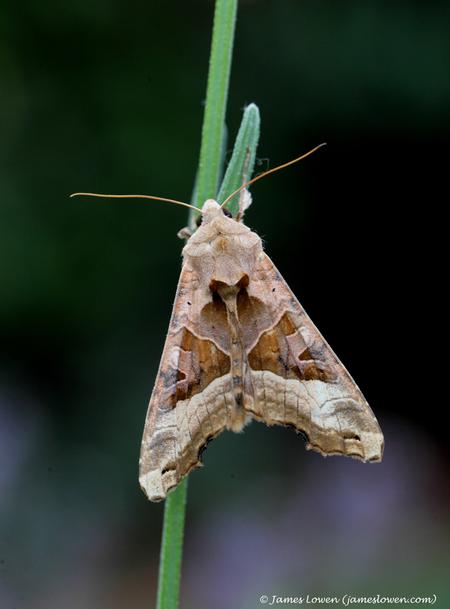 Moth-ing has been rather underwhelming of late. But last night started with a good omen: a Hummingbird Hawkmoth nectaring in our garden before dusk. The mild day was followed by a still, mild night, the first half of which was dry. The result was the month's largest catch, perhaps 200 individual moths. These included four migrant species, two of which were long-overdue firsts for the garden: Dark Swordgrass and Rush Veneer. I also had two ticks: Dark Spectacle (I've been looking for these for a while, and still nearly overlooked this one!) and Wax Moth. A Treble-bar was welcome, and two Old Lady likewise. Green Carpet are out again, and Yellow-barred Brindle are still going strong. Pebble Hooktip was fun, and I still had Bordered Beauty and Lesser Swallow Prominent (both 'NFG') eft over from the previous night. I have caught a a few Orange Swift this week (first of the eyar), and other odds and sods included Mouse Moth, a Caloptila sp (probably befulicola), a few-spotted Ermine sp., Small Dusty Wave, Tawny-speckled Pug, Angle Shades and Light Emerald. Add to this 6 Common Swift and a garden tick of Whimbrel this morning, and an enforced day in, article-writing, was not bad at all.