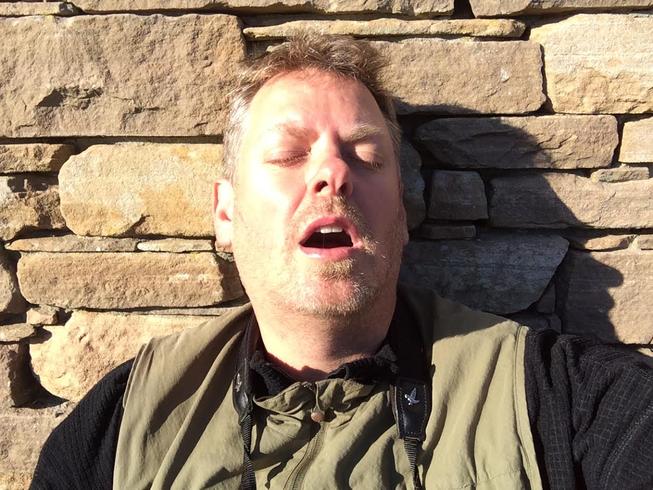 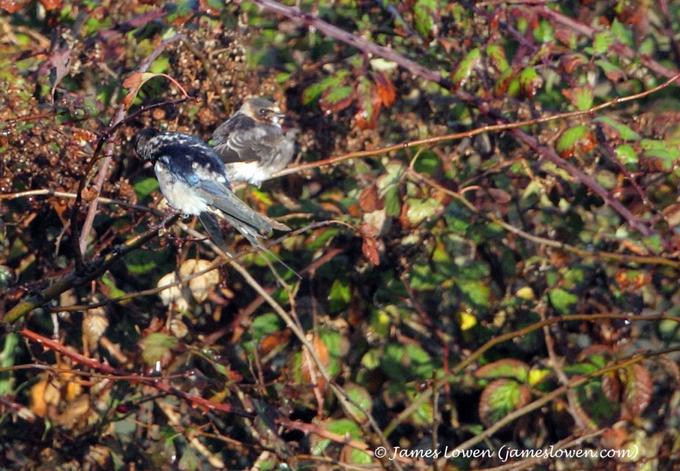 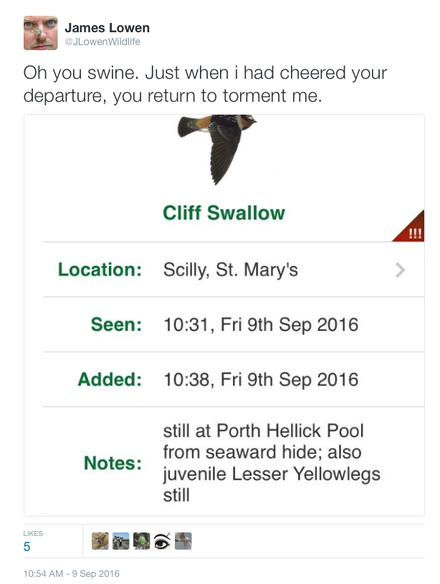 A quick sprint later... and we dipped. The bird had flown south with a bevy of Swallows. Dip! Ten minutes later, a cry from the ranks. "Look up!" And there was the Cliff Swallow, with its hirundine brethren. We enjoyed decent views over the next hour, mainly as the bird rested in hawthorns along the North Wall, but also in flight. The light and range counted against images, and we had to depart all too soon, but the missions was achieved. Despite illness, this was one fifth of November definitely worth remembering. 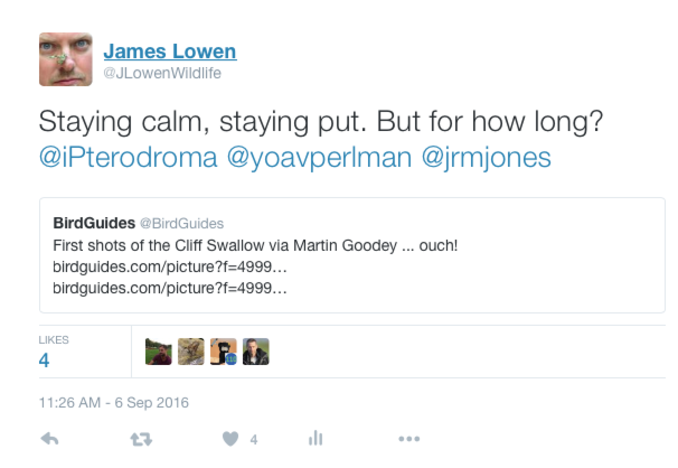 It was right to keep the faith. Late afternoon on 4 November, news broke of a Cliff Swallow behind the visitor centre at RSPB Minsmere, in Suffolk. Unfortunately, I was out for the count, struck down by the lurgy after an October packed with birding and work... and no sleep.

Remember, remember... early September this year? When a Cliff Swallow turned up on Scilly? When clever folk chartered a speedboat from Penzance that day? When a friend of mine had to pay for his son to fly to St Mary's with him so he could tick without shirking parental responsibilities? I toyed with going, then teetered back from the precipice, arguing that there would surely be a mainland twitchable bird some time.

There was no way I was in a fit condition to drive even the single hour to Minsmere. But Yoav Perlman, everyone's favourite migration guru, kindly offered me a lift, provided I could emerge from my sick bed in the middle of the night to sure we were scanning the reed beds at first light. Just as I was about to accept, the birding deities lobbed a spanner in the works: Eye-browed Thrush in Northumberland! And Will was keen for me to prod him awake from the passenger seat. Dilemma! What any normal, sane and sensible person would have done is clear; had a good sleep to ensure recovery from illness in time for my trip to Ecuador on 6 Nov (where I shall be reviewing three exquisite-looking Andean lodges: Septimo Paraiso, Mashpi Lodge and Maquipucuna Lodge). But none of those three adjectives apply to me, so come 6am, I had joined Yoav, Dougal and David Bradnum in Bittern Hide. A couple of brown herons floated past. An Otter gave good if relatively brief views on land and in water. Then the phone call came... the Swallow was showing at the Visitor Centre.