Nothing happened for five hours. Well, I say nothing, but what I mean is no Emperor Moths. Other wildlife was spectacular. I had three garden-yearlist ticks: Peregrine, Cormorant and Siskin. I had eight (8!) species of butterfly, including my first Orange Tips and Holly Blues of the year. But no Emp. Friends taunted me with their captures - four apiece in the gardens of Sacha Barbato and Dave Andrews. The latter was particularly galling, given Dave lives just a mile away... and was using my spare lure. 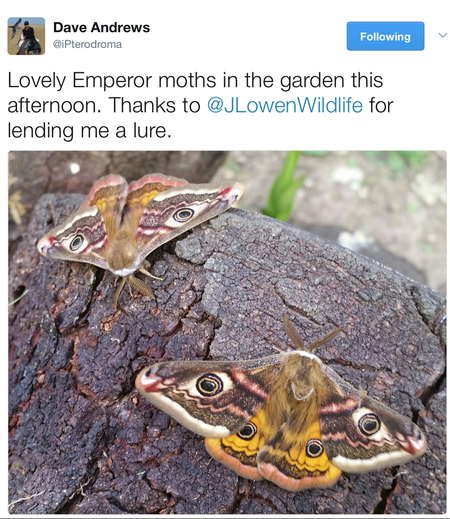 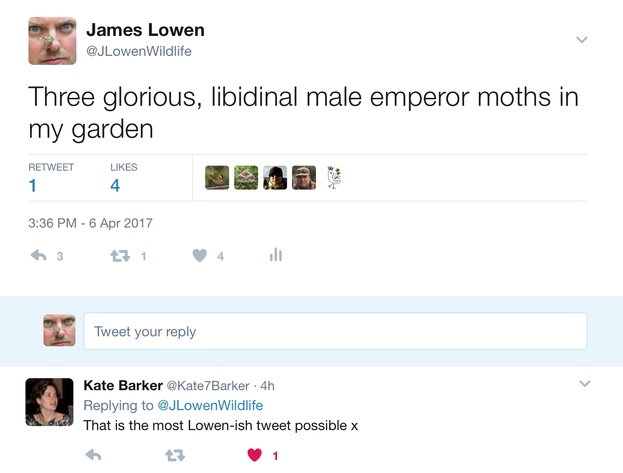 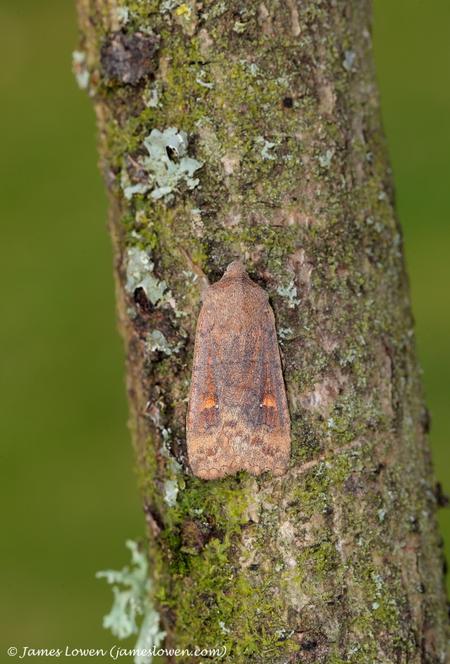 Just as I was relinquishing hope, everything changed at 1445. Within 20 minutes, three male Emperor Moths came in. And flaunted their sexy little selves. What stunning creatures. I will never tire of seeing them.

The past few days have been frustrating. Friend after friend has been buying and deploying pheromone lures, and attracting libidinal male Emperor Moths to their garden. A couple have even caught females. But I've been out every sunny afternoon, and thus unable to try. Until today. The weather was meant to be cloudy all day. But wasn't. So I sat myself outside, rigged up a temporary office (laptop: check; paperwork: check; triple espresso: check; binocular: check; sweep net: check), started knocking out an article on the brilliant RSPB reserve at Frampton Marsh (for theorganisation's magazine Nature's Home)... and hung up the Emperor Moth lure.

TAside from Emperors,which are diurnal, a few other decent moths have visited the garden overnight. Two have been new for the garden: Satellite (the first image below) and Powdered Quaker. I've only seen one of each before, so I was stoked to find them in the same trap. Other nice stuff included highly unseasonal Spruce Carpet, Oak Beauty and Brindled Beauty. And I twitched a Scarce Tissue that Dave Holman and Will Soar found in the Brecks. This could well be only the second Norfolk record since 2010 - so particularly pleasing to see.