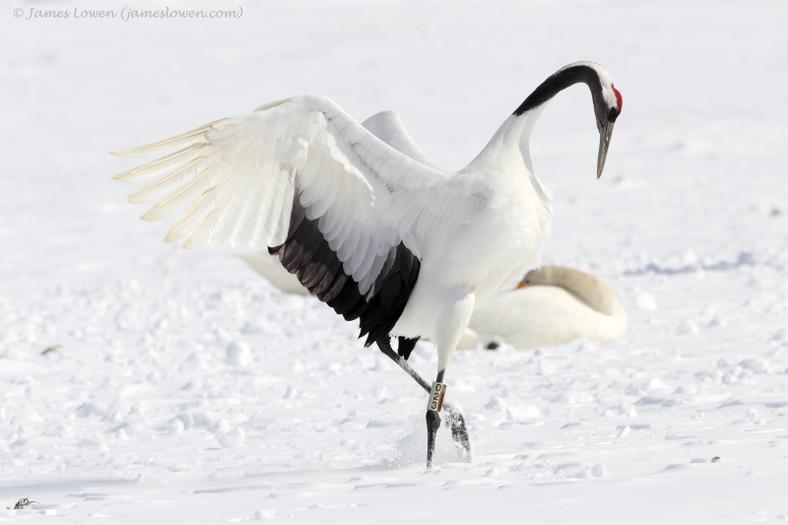 We were wrong. Arriving in the lounge before breakfast, we were greeted by an excited David Fisher pointing into a tree. The female Blakiston's Fish Owl was roosting just a few metres away. Seeing this amazing creature at all was a dream come true. Seeing it by day defied credulation.

Yoroushi Onsen had a few other treats for us. Eurasian Jays (of the local subspecies) visited the bird table, as did Marsh and Willow Tits, Great Spotted Woodpeckers and Eurasian Nuthatches. Mammals included Japanese Sable, Hokkaido Red Squirrel and Red Fox. A Brown Dipper fed in the stream and, best of all, a Solitary Snipe was just about visible from the far corner of the breakfast room, as it huddled beneath a bank of snow alongside the stream. 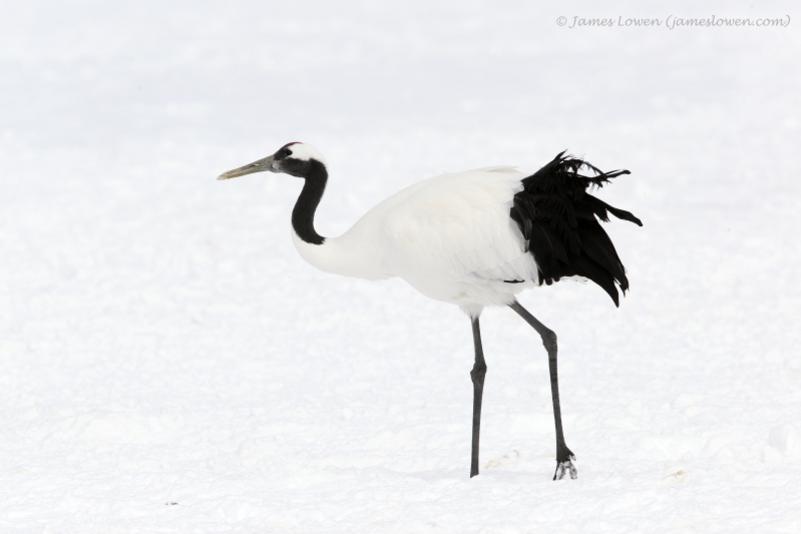 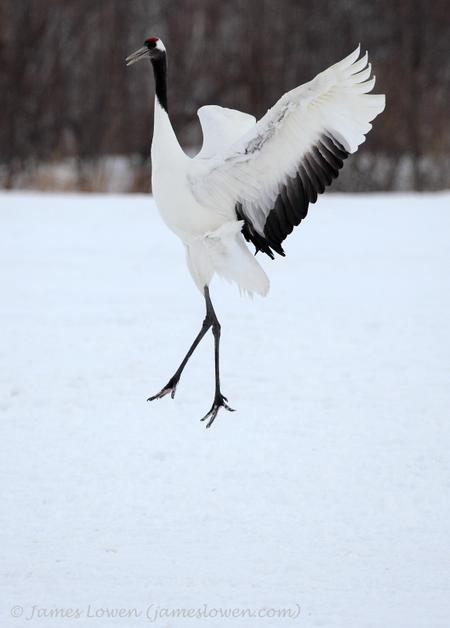 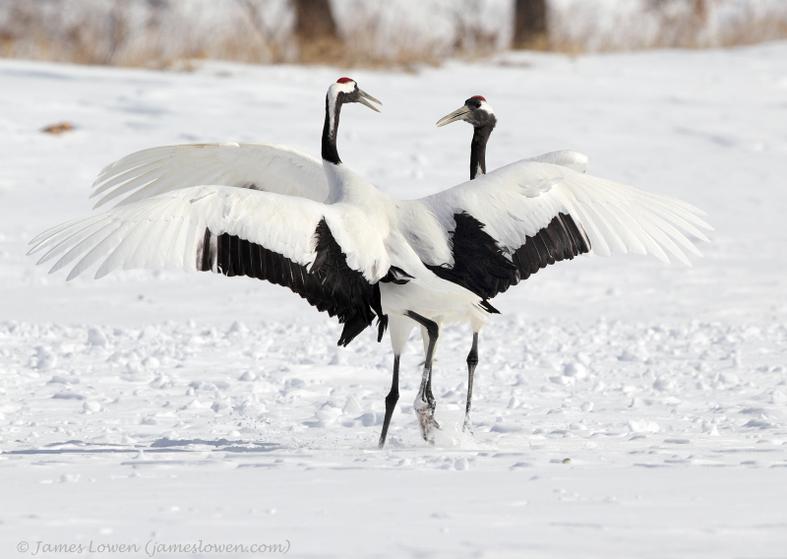 There are plenty more images of Red-crowned Craneson my photographic website. I hope to write about them for a magazine. It was hard to leave the cranes, but doing so was made easier when we bumped into the first of numerous stunning Red Foxes (what fearlessness! what a coat!) and a quartet of the highly desired (and unexpected) Pallas's Rosefinch.

And with that parting gift we headed northwards towards the coast - and hopefully towards the sea ice and whatever that might bring. More soon... 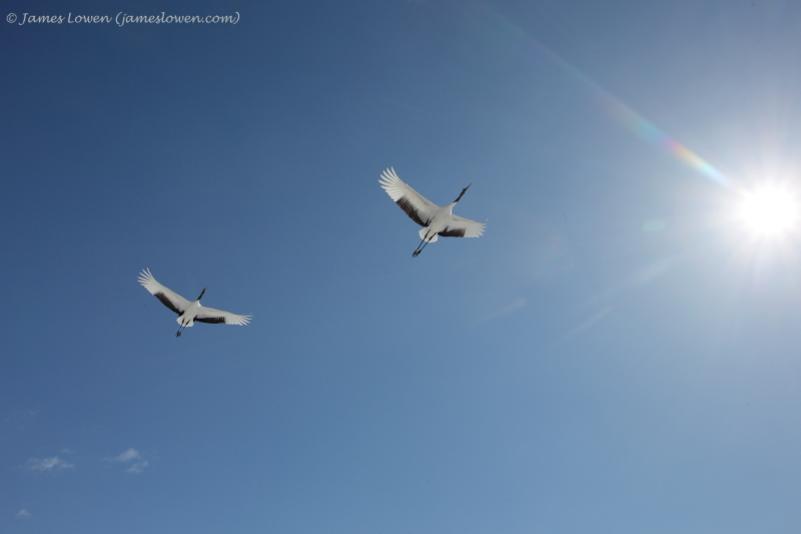 After a night in a Tokyo airport hotel, we flew into the north-eastern island of Hokkaido, arriving at Kushiro. Snowfall had stranded Guy Dutson there a few days before, so we were right to expect a wintry scene. 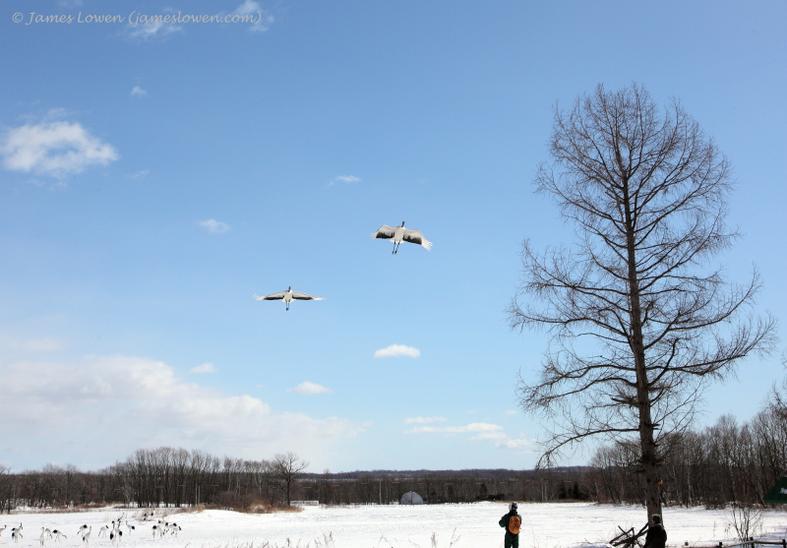 With light failing, we then headed to the superbly plush Yoroushi Onsen before dusk fell, so that we could prepare for the "birders' bird of the trip". Within minutes of dusk falling, a male Blakiston's Fish Owl flew into trees opposite the hotel lounge, called a few times and made two flying (literally) visits to the fish pond before vanishing. A female then showed much better. This is the world's heftiest owl, and a right brute. Seeing it was a (birder's) dream come true. The views, at five metres or so range, are jaw-dropping. We went to bed very happy, on the premise that Fish Owl things simply couldn't get better.

We spent half a day photographing the tancho, Red-crowned Cranes. Another exceptionally rare (and globally threatened bird), and the one that above all else epitomises Japan in winter and, arguably, the wonder of birds. The tancho are strikingly patterned with a minimalist colour scheme. They walk tall and stride gracefully, creating a stately effect. They routinely bow their serpentine necks, recalling the Japanese habit of indicating respect. When hormones range, the cranes leap into the air and transform their wings into origami sensations. These tancho were the reason for our trip. They were every bit as magical as we had hoped.