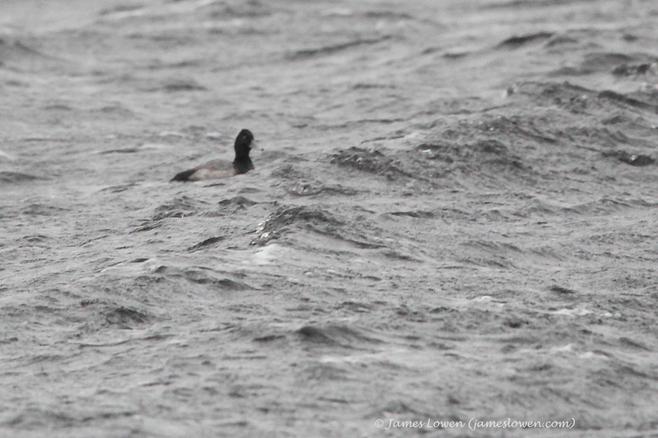 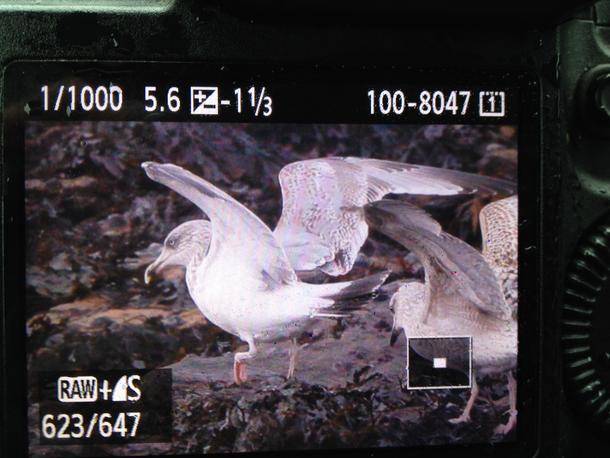 As I may have occasionally confessed on this blog, I don't 'do' large gulls: they can revert to all being a single species for what I care. It transpired that whilst the proper birders amongst us -- Peter and Nick -- knew what first-winter and adult Smickers look like, even their faces were blank when faced with a candidate third-winter. So I tweeted a back-of-camera photo and sent it to Will Soar as well.

Given that Dozmary Pool was only a couple of miles off-route, it seemed rude (to the crew, on majority vote) not to call in for the drake Lesser Scaup. Earlier, I had grumped that I would stay in the car if forced to do so. (I don't 'do' skanky Yank ducks, either.) Demonstrating a disappointing lack of backbone, I relented once on site. After a few minutes scanning Tufties, we picked up the bird and -- ye gods -- actually walked closer to get better views. 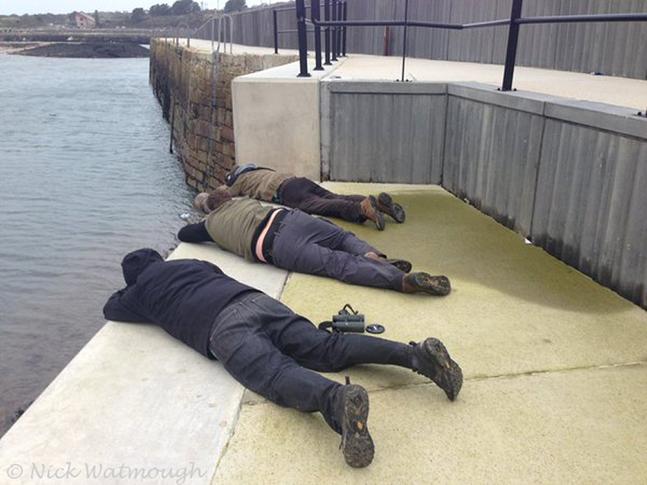 Then we had the bright idea to scan from south-east of Newlyn, where there might be a bit of shelter. There was, and height too. I immediately picked up a European Storm-petrel fighting against the wind and eventually sitting on the sea. Quite a surprise. Hopes were raised. After an hour, we got brief, distant views of a Black-throat type diver that appeared to show wholly dark flanks. Unfortunately, the bird was diving repeatedly and otherwise concealed by the waves, allowing only the briefest views. Nick thought he caught a glimpse of chinstrap. But we couldn't nail it. Then a real Black-throat appeared, and momentarily confused us. But its white flank patch was obvious; this wasn't the earlier bird. The team searched harder.

Then, joy and relief combined. We relocated the candidate Pacific. And this time, it performed. No diving, just floating on the sea. Wholly dark flanks, a wee head, a tiny bill and ... yes, there it is... a hint of chinstrap! PACIFIC DIVER. Result. It was distant, for sure, but by gum it felt good seeing this bird. Here is an uncropped record shot, for context.

By that evening, we weren't so sure. Judging by recent photos of the St Just bird, it clearly wasn't that individual. Andy Lawson reckoned the secondaries weren't solid-enough black, and Josh Jones felt that the best feature (the black tail) was within the range of European. We backtracked, and recalled the news. As I write this, we still haven't delved into online self-help guides to gull identification, so we're none the wiser. If any kind reader wishes to help us out by explaining what it is, and why, we'd be grateful. Until and unless that happens, I'm back to not doing gulls...

By now, a pasty beckoned. Heading to Philps at Hayle, we took a wrong turn and ended up having a face-off with a Great Northern Diver by the ASDA car park. Result. A fine half-hour was spent papping this relatively confiding bird -- the best views I've had, if not of the calibre of the Blakeney Harbour bird that I dipped a few weeks back.

Had there been any light, and had there been no gale, views would have been fine. As it was, everything minged. Even the bird's headshape was blown out of its textbook appearance, causing me -- grumpy to the end -- to doubt its identification. Serves me right for doing ducks. 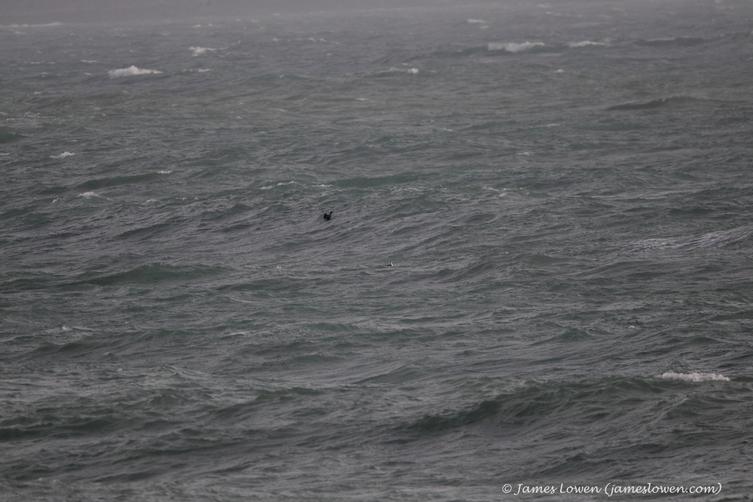 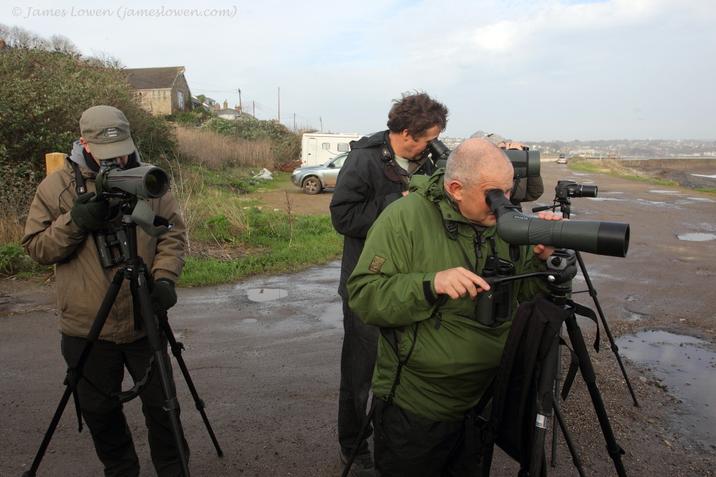 A quick look round Newlyn Harbour produced a couple of Great Northerns, but none were near enough to properly photograph. So we wended round towards Penzance, hoping to bump into the third-winter American Herring Gull found by Mush Ahmad recently. We assumed this was the regular St Just bird.

Just south of Jubilee Pool, we came across this striking Herring-type gull. Rob and I picked it out immediately, so startlingly different it looked. Hefty, mean-looking and heavy/pale-billed. Was this the 'Smicker'? It opened its wings, revealing an almost entirely dark tail. Was it?

Philps was as heaving as the morning sea, so we went for second-best ('the oldest pasty-maker in Cornwall', reportedly; as long as it wasn't the oldest pasties) and then made our way eastwards.

At least this experience led to one bit of good news, as I discovered that I was not the only birder in Britain who needed Pacific Diver. Yoav (understandably) and Nick Watmough (inexplicably) also had a loon-shaped gap on their Western Pal lists. A plan was hatched. If the diver returned for yet another winter, we would have a weekend in the south-west, and hope to see it. Bardsey's finest -- Ben Porter, now at university in Cornwall -- co-found the diver in November. Twitch on. After various false starts, Yoav, Nick and I finally agreed a mutually convenient date just after Xmas. Beijing Birder Terry Townshend wanted in too. We had a crew. The seven-year twitch was on.

As dawn seeped in, we drove along the seaweed-caked coast road, fretting at the size of the breakers sending confetti over the promenade. Quite some wind, quite some sea. For the first couple of hours of daylight, we scanned the heaving bay between Newlyn Harbour and Jubilee Pool. Great Northern Divers popped up here and there, plus a couple of Red-throats. One Black-throat type raised hopes. A few alcids rode the watery rollercoaster.

Four middle-aged men with tripods soon attracted attention from locals enjoying the mild weather (shorts and tees, all round -- despite the wind). What were we photographing? Was there a rare bird? A diver, eh? You say a Specific Diver? What type exactly? Oh... Pacific Diver, I see.

Shortly before Christmas, while Nick was ticking Azores Bullfinch, Yoav and Terry pulled out. So Nick and I teamed up with Peter Moore and Rob Williams instead, and beetled towards Land's End. The first bit of bad news was that Sullivan's was shut. The unfortunate alternative was my first Golden Arches breakfast since my teens. (The espresso and bacon roll were surprisingly good, I confess, but it still felt morally wrong.) 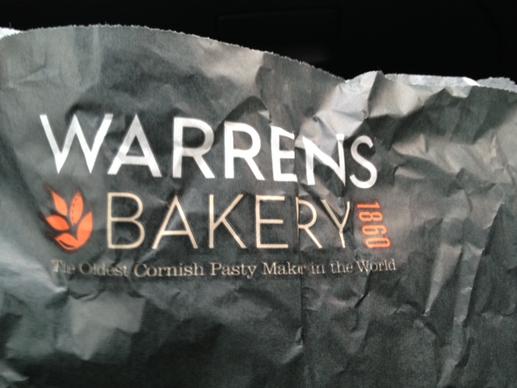 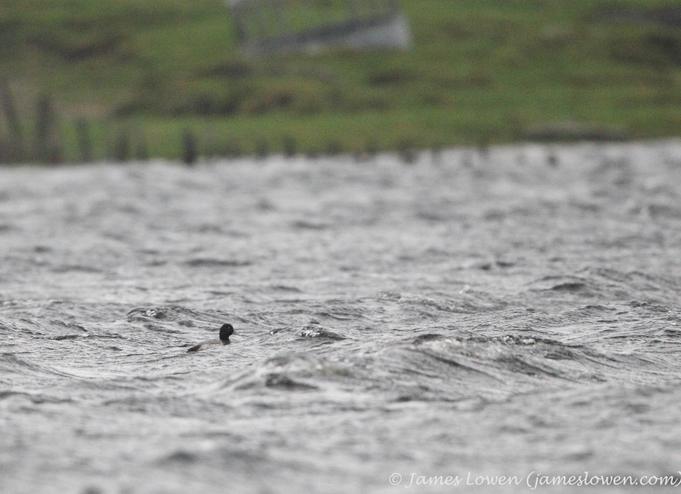 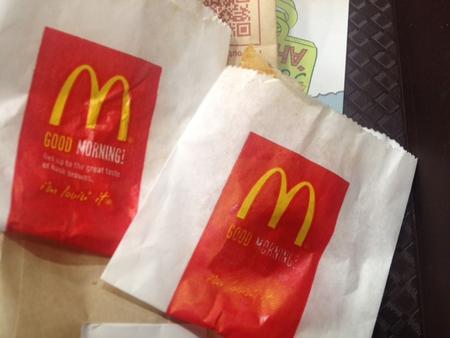 And here is a massively cropped record shot, which just about serves. Phew. 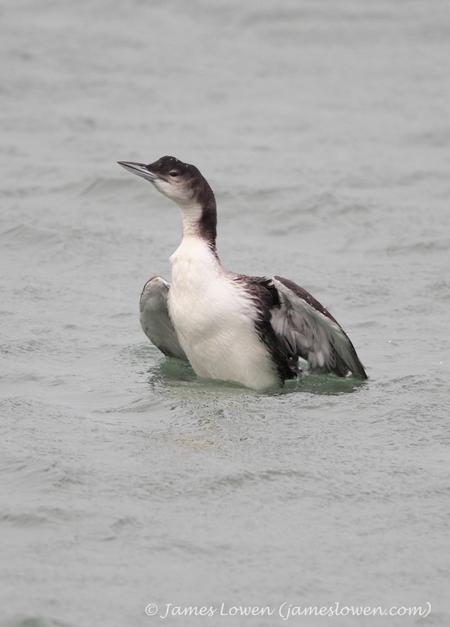 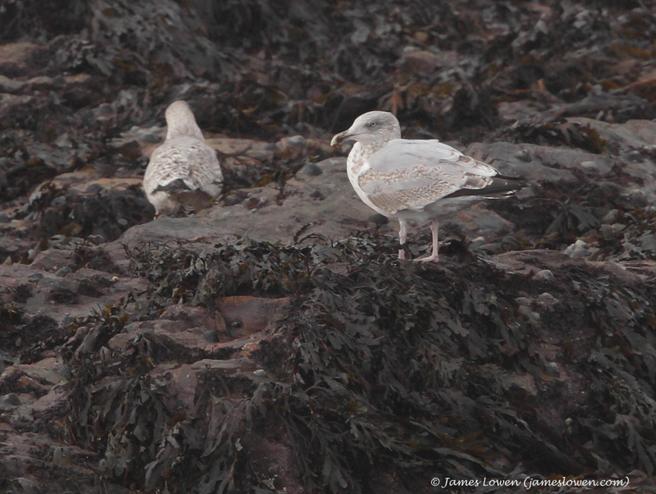 Aside from expressing astonishment that I was even looking at gulls, Will thought it looked good for American, but wasn't sure. He suggested putting it out as a probable. I agreed (a noble unilateral decision on behalf of the team...).

I have bad form with Pacific Diver. I was living in Argentina when the Yorkshire and Welsh Pacific Divers turned up. Ditto during the first couple of winters of the long-returning Cornwall bird. Once back from South America, I assumed that I was the only remaining birder in Britain not to have seen the species, and couldn't face the trip on my own. A couple of late October twitches to Porthgwarra failed to include a scan of Mount's Bay near Penzance. Had they done so, I might have had a nice Brucey bonus as the diver was picked up a day or two later in both years. This spring, Yoav Perlman diligently scanned the foggy Bay while we were waiting for the MV Scillonian to take us to see Great Blue Heron. Someone else did the same thing the following day, in better conditions, and found it.