Now I haven't seen a summer-plumaged Dotterel since 1997. I tried on my birthday, but dipped a bird reportedly 'showing well' at Blakeney. There had been a small group - three to five - at Choseley Barns since mid-April, but they were distant, and I wasn't really tempted. Last night, the total rose to 23 and by this morning, it was 24. That - plus a sister-in-law cancellation - was enough to make me swing into action, so I quickly compensated Sharon for her missed family time by suggesting lunch at her favourite gastropub in Thornham. Which just happened to be within a mile of the score of Dotterel. Which showed very nicely, thank you very much. And without cashing in any brownie points. Result. 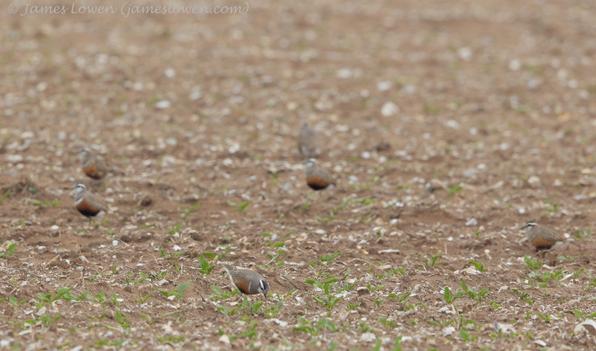 Back in the early 90s, when my hair was long and my dress sense frankly bizarre, an event involving a car full of UEA student twitchers resulted in a new euphemism. As the carload - and us - dipped a Great Reed Warbler in Kent, the UEAers went off for a clandestine toke. Their 'cover' was 'popping round the corner to see the Garganey'. And thus it became known, among an admittedly tiny fraternity of long-haired, poorly-dressed birders, that 'Garganey' was slang for spliff. This was the first of a handful of bird / drug euphemisms. Speed was 'Needletail' (superfast swifts), Ecstasy was 'Blue-cheeked Bee-eater' (obvious). And acid (ie LSD) was 'Dotterel', simply because the flocks in which they turn up each spring are known as 'trips'.