We called in at a nearby site for Golden Pheasant (a male), then headed to Tuddenham, where we soon found six Grape Hyacinths, another extremely rare Breckland speciality. Two plants were over, three were budding, and one was just about right (but suffered from a messy background).

Our principal target was Yellow Star-of-Bethlehem in Wayland Wood, reportedly home to the Babes in the Wood legend. It has been a good year for this rare flower, but it appears we were too late. Despite checking two areas where a goodly number of plants were growing three weeks ago, we failed to find any. The woodland flower was looking splendid, however, with Lesser Celandine and Wood Anemone in abundance, Bluebells well advanced, and a few plants of Moschatel (see below) and Yellow Archangel.

Our luck changed on the Thetford housing estate pictured above. I spotted a Fingered Speedwell within seconds of getting out of the car, and close examination (necessitating reading glasses in Robin's case and removal of spectacles in mine) produced at least five nicely flowering Fingered Speedwells and one Breckland Speedwell, alongside a few Wall Speedwells and numerous Early Forget-me-not. The first two speedwells named are extreme rarities, and with the sun shining (and thus flowers open), these were both my finest views and best photographic opportunities. 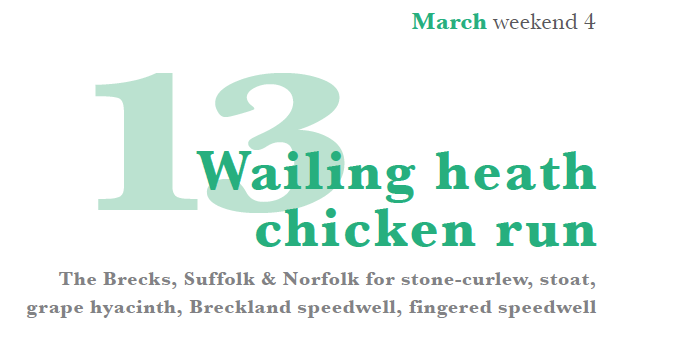 Next up, given that the day was fine and sunny, we tried a site for the reintroduced Pool Frog (which I enjoyed last May). Two large, bickering Accipiter caused us to reach for our 500mm lenses, but appeared to be Sparrowhawks on close examination. Of amphibians, the only sign was a seething mass of tadpoles, presumably Common Frog. With the Yellow Star we had been too late, with this herp, we were too early.  We were starting to get the hump. 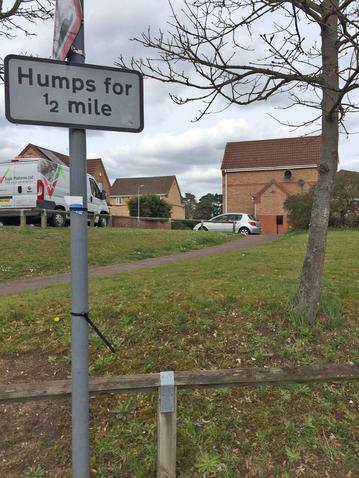 Our luck ran out at Newmarket. Here we walked the length of Devil's Dyke, but failed to find any Pasqueflowers. Too early, we assumed. A singing Willow Warbler was pleasant, but the wind was chilly - so we made excuses and departed. With plants there's (nearly always) next year...

Forgive the Euroreferendum pun. (Although, for the record, I am for REMAIN, on environmental grounds, despite my time working with the European institutions making me clear that fundamental reform of the European Parliament is needed, to render it properly accountable.) Robin Chittenden and I spent a sunny Sunday botanising in the Brecks, either side of the Norfolk/Suffolk border. We did some of the route suggested in my book 52 Wildlife Weekends for an end-March weekend.