The Passenger came at the end of a family beach day at Thornham. Working on the basis of the micro-habitat at Titchwell where Dave Capper and I saw Dune Tiger Beetles earlier in the week, I quickly tracked down equivalent terrain - and a dozen of these speedy predators. 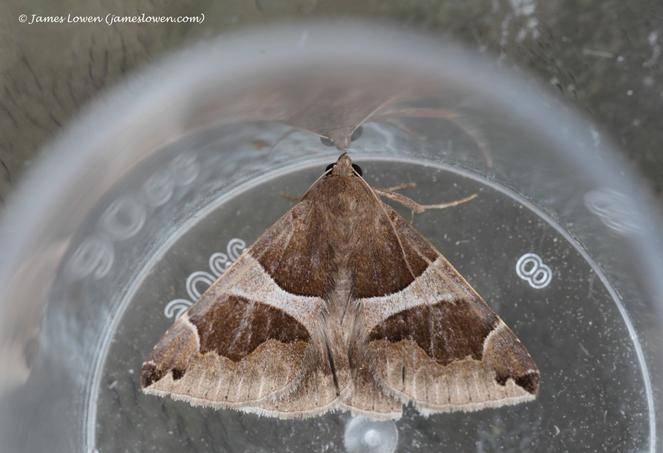 Further entertainment was provided by two Hobbies, one adult mobbing a Common Buzzard, and hordes of (Brown and Migrant) Hawkers. We headed home via Eaton on the outskirts of Norwich, where we eventually tracked down a Willow Emerald Damselfly, at the precise moment that Durwyn was talking to his son... Willow! 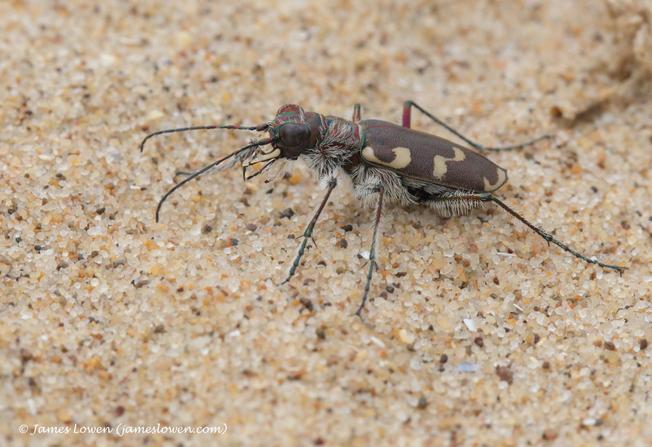 On 10 August, a post-work trip tout with Durwyn Liley proved very worthwhile. At Hickling Rush Hills scrape, the White-rumped Sandpiper found yesterday evening flew in with some Dunlin friends and spent 15 minutes zipping about the muddy lagoon until a Sparrowhawk sent the flock hurtling westwards.  Views were distant - but you can jsut about discern the bird at the top-right edge of the flock below.

Just a quick update on recent things Norfolk and wildlife. Undoubtedly the highlight was a wee twitch across the other side of the Wensum to Mike McCarthy'sgarden to view Norfolk's first Passenger. This European moth has occurred in Britain just 26 times previously - so easily becomes the scarcest moth I have seen in the UK. And what a stunner it is too! O to catch something of this ilk.