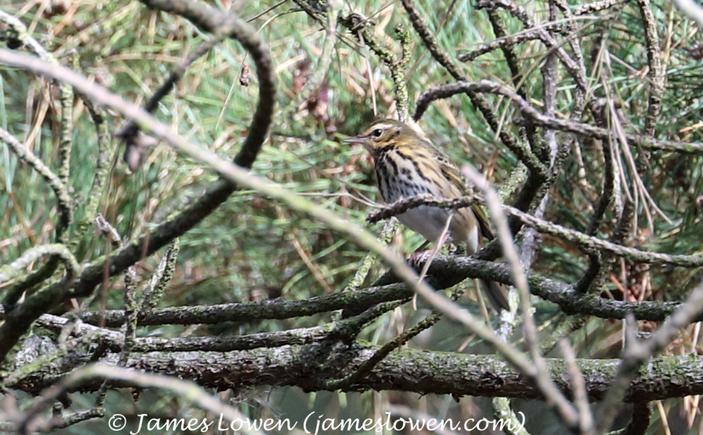 It never returned to the ground. Nor did it let us get closer than 20m. I hadn't been in the mood to lug around my 500mm lens today, so only had my 100-400mm with me - for emergency reasons, such as needing to take a record shot of a rare bird. So my images are pretty dire. 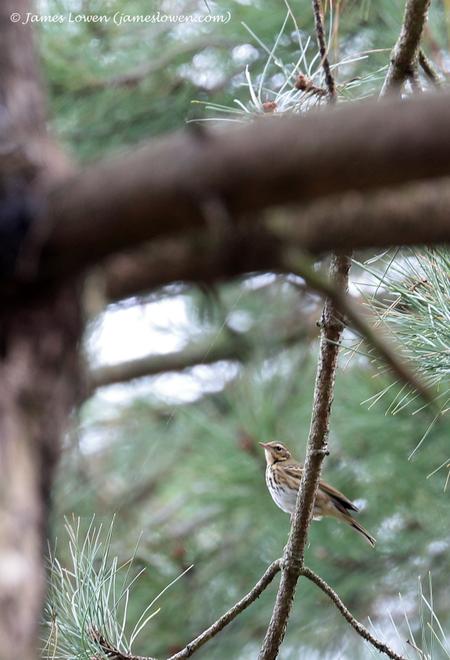 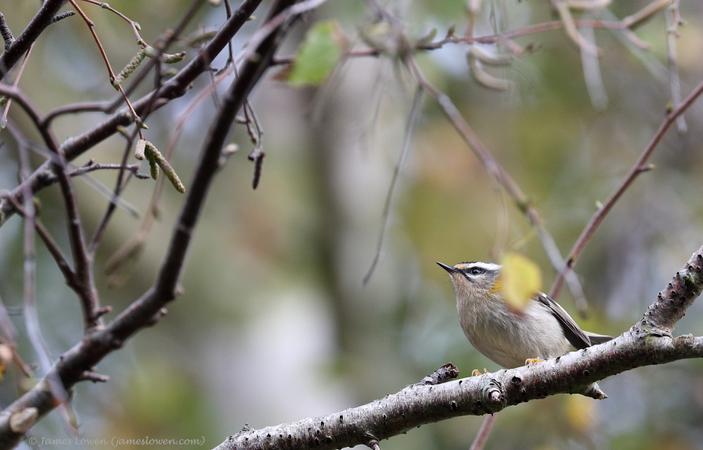 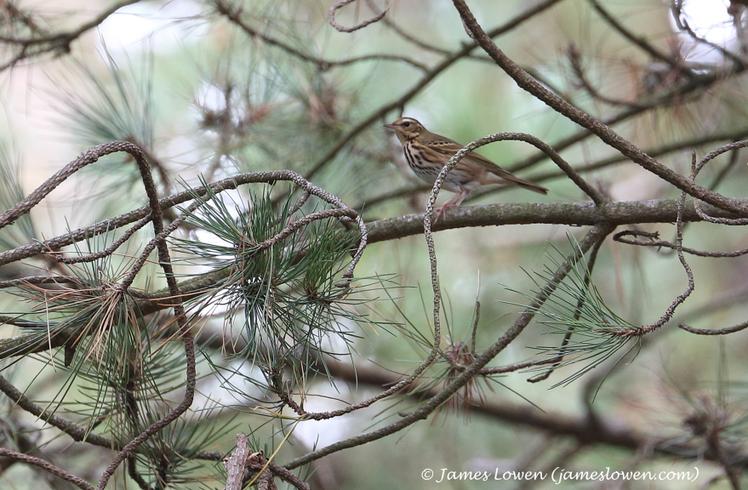 I had my usual problem finding the drinking pool. We passed a tree where Yoav Perlman and I had enjoyed a Radde's Warbler three years ago. I pointed this out. Then noticed the drinking pool 50m beyond. As we approached, Terence and Ian loitered behind, doubtless giggling at my cartographic ineptitude. As I climbed the southern back at the northeastern tip of the drinking pool, a dark, longish-tailed bird flew up from my feet. It could have flown over yonder, into the pines and away. It didn't. Instead it perched in a sapling five metres away. It was largely obscured, but looked like a pipit. Then turned its head towards me. A screamer of a supercilium was backed by a full moon of an ear-covert spot. This bird was more Whinchat, more Little Bunting than it was pipit. "I've got an Olive-backed Pipit!" And then, because of our previous conversation about my long-harboured desire: "I am not joking!" 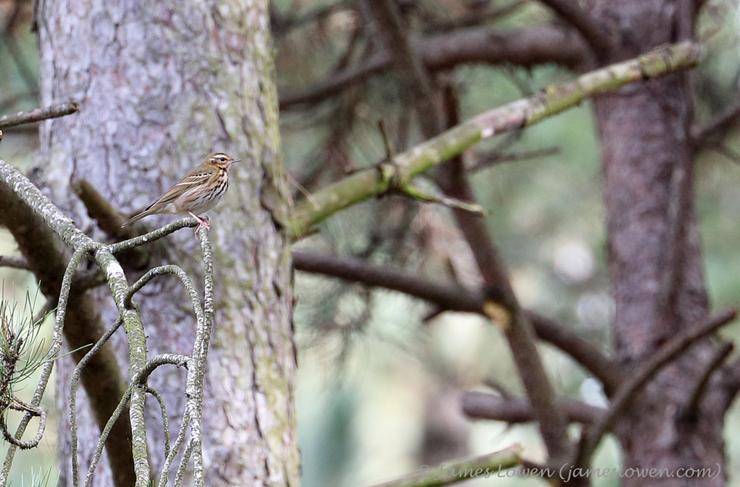 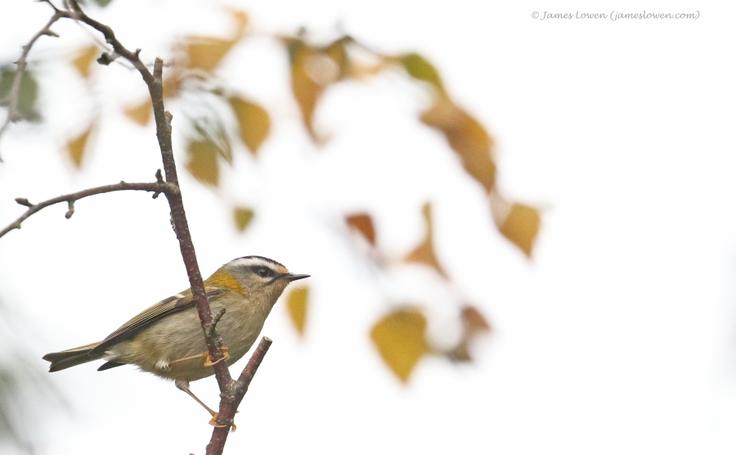 The OBP then dinked a semi-circle round us and entered the pines perhaps 10m up. For the next half-hour, it stayed largely motionless - bar a tail extravagantly plunged downwards at regular intervals - on the edge of pine trees, then flew from tree to tree, occasionally buzzing out a semi-breathless call (both in flight and when perched).

In October, I go birding. Specifically, in October I go birding to find rare birds.This has long been the case. In October 1991, I was part of a group of vagabond student birders slouching in Wells Woods, roughly 150m west of the famed (perhaps fabled?) drinking pool. We were discussing rare birds - but failing to see any. Then a message came through on the pager thatPaul Salaman had somehow purloined from somewhere. "Norfolk. Wells Woods. Olive-backed Pipit 150m west of the drinking pool." We looked around, bewildered. There was neither bird nor birders. We searched high. We searched low. We failed to find this Olive-backed Pipit. This was about the fourth of the species I had dipped - and there were several others afterwards, including at the drinking pool itself. (Indeed, it took me another 20 years or so to finally see one in the UK - and then another three years to add it to my self-found list.) Wells Woods is a spectacularly good place for Olive-backed Pipits, and - more often than not - the directions relate to the drinking pool, whether at it, or slightly west or south or east (but never north, it seems). Accordingly it has become a burning ambition to find my own Olive-backed Pipit (aka OBP) in Wells Woods, and specifically at the drinking pool.

As midday neared, Ian decided that a caffeine fix was more urgent than further views of the OBP (my OBP! my OBP at the Wells Woods drinking pool!). So we departed for the cafe, evidently walking past the spot where a Radde's Warbler was later found. You can't win them all. But you can, occasionally, make dreams come true. In October, I go birding. Specifically, in October I go birding to find rare birds. And, occasionally, I manage to do so. At last!

I said as such to Phil Saunders when we were out birding yesterday. An arrival of birds on the coast on Sunday made us think that Wells would be a good place for birds to filter through to - and stick around in. "Surely there's got to be an OBP in Wells?" I said pretty much the same today to Terence Ilott and Ian Davidson - two former colleagues from Defra days - when we arrived at Wells. "I really want to find an OBP at the drinking pool." That sounded good to Ian, because he had heard of the famed (fabled/) drinking pool, yet never visited it. I explained that I usually had problems finding it -  so if we actually made it there at all, it would be an achievement. But first things first. Ian and Terence were chasing Bird Watching magazine's #my200birdyear. Both needed Firecrest. Terence needed Yellow-browed Warbler. I reckoned we would find both at Wells. Within an hour we had sorted both, having good views east of the Dell. "Now we up the stakes", I said. "Let's go and find a Radde's Warbler, or - failing that - an OBP at the drinking pool." 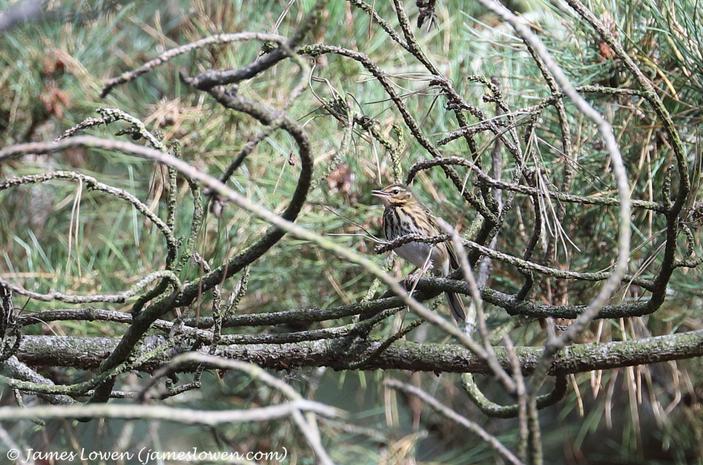