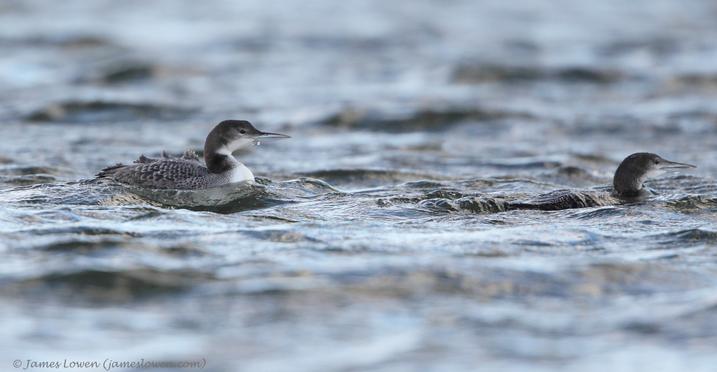 Three non-birding trips to Suffolk included dropping in to see long-staying scarcities. The Blythburgh Green-winged Teal, replete with nasal saddle fitted in Portugal to enable its movements to be tracked - was too distant for photos. So too Slavonian and Red-necked Grebes at Alton Water. Two Black-necked Grebes were a little closer, but remained record shot material only. Better were two Great Northern Divers, although even these stayed at least 50 metres away.

Understandably, other taxa have been infrequent. A Red Admiral in early January and the odd Smooth Newt under logs. Plants have included Perennial Knawel at Santon Downham and Purple Toothwort in Bowthorpe. The latter (below) will be spectacular when it is fully flowering. The former will never be described thus... 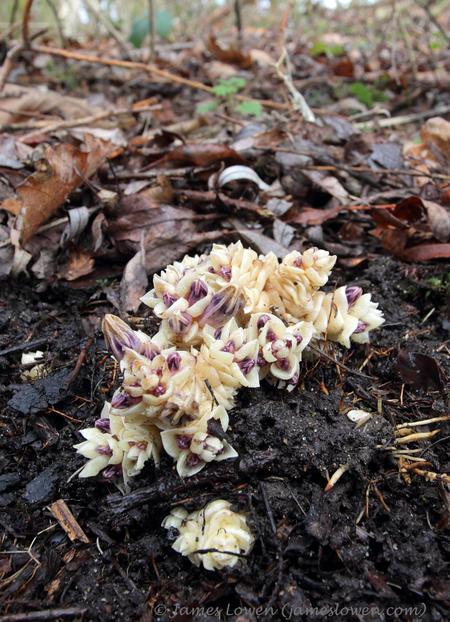 A round-up of recent trips around Norfolk (erm, and Suffolk). Yesterday in the Brecks was fun. Dougal McNeill and I had very decent views of three individual Goshawks at one well-known site. We also bumped into a displaying male elsewhere (not at a known site, as far as I am aware). Too distant for proper photography, but nevertheless images secured neatly demonstrate the very distinctive structure (coupled with loose, almost Short-eared Owl-like wingbeats) of this oft-misidentified raptor.

A few Muntjac and Chinese Water Deer in various places. Ditto Roe Deer. A Hedgehog schnooding around outside my gym was a surprise. Less so were a series of roadkill Badgers, including one at a sett I watched last year near Fakenham and four along the A47 between Norwich and Swaffham one morning. A slight on our mechanised existence that one in five adult Badgers dies each year as a result of collision with moving vehicles. More on Badgers in my forthcoming book!

My monthly column in the current issue of The Countryman magazine is titled 'February: a good month for garden birds'. So here are a few images of garden birds, taken this month. 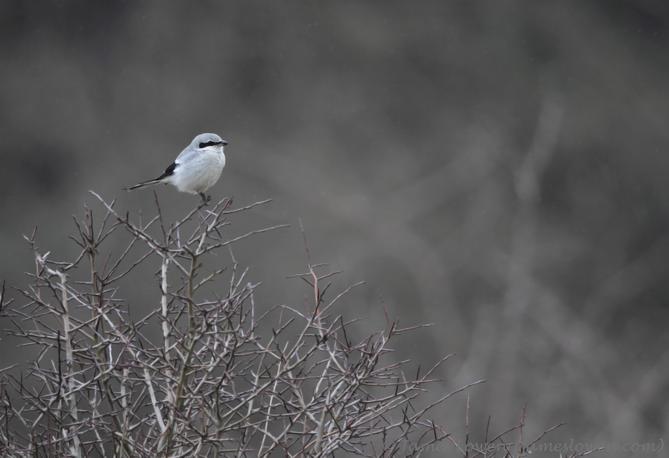 Other highlights of our mooch were a single Hawfinch (unfortunately against the light, so not photographable) in the paddocks at Lynford Arboretum, Perennial Knawel at Santon Downham (but no sign of Lesser-spotted Woodpecker, Woodlark, Willow Tit or Mandarin), a young Yellow-legged Gull in a field near Great Cressingham plus a distant Red Kite and oodles of Buzzards (but no Reeve's Pheasant) and Great Grey Shrike at Grimes Graves. I don't think I'm alone in finding it hard to get close to GGS (unlike every other shrike!), so I have never taken a decent pic of this species. This regularly returning individual allowed me to get within 35m, but the light was awful. But I made the most of what I had. 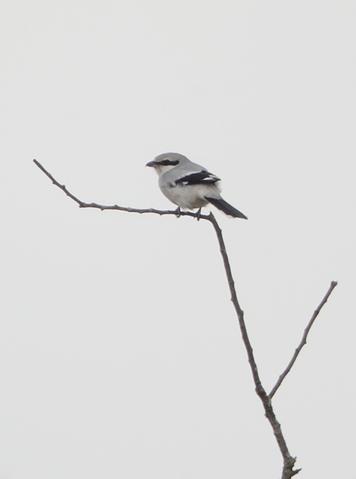 It's been an acceptable month for mammals. Clearly the lowlight was the dead Old Hunstanton Sperm Whale, about which I have written separately. In mid-January, a walk along Salthouse beach produced a minging Minke Whale (long long dead). 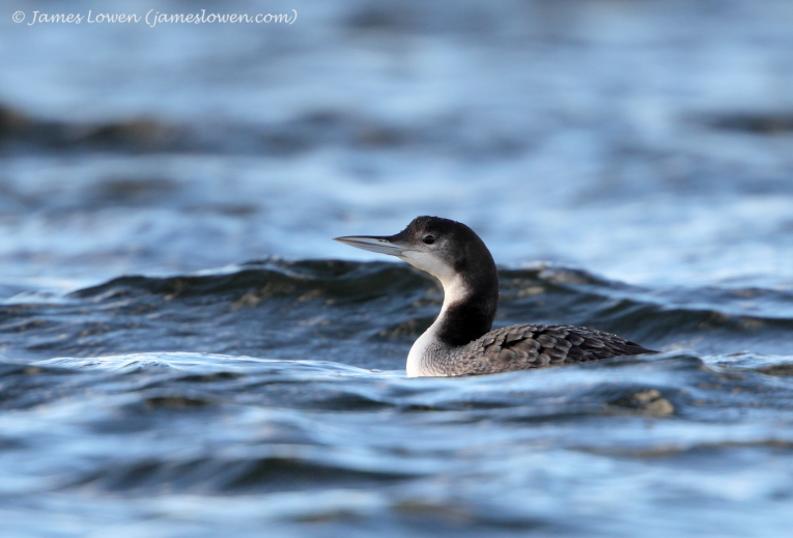 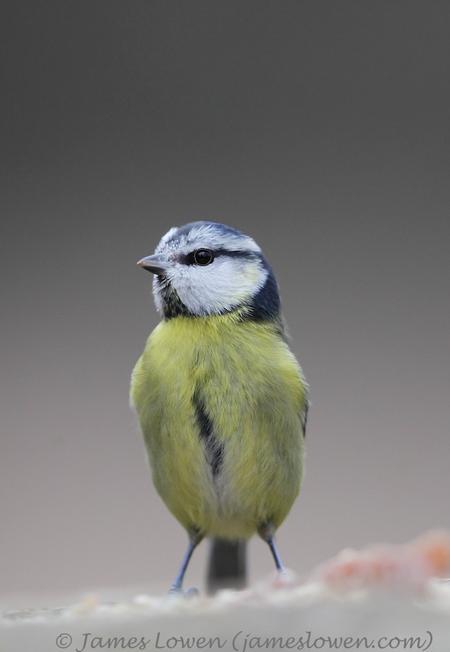 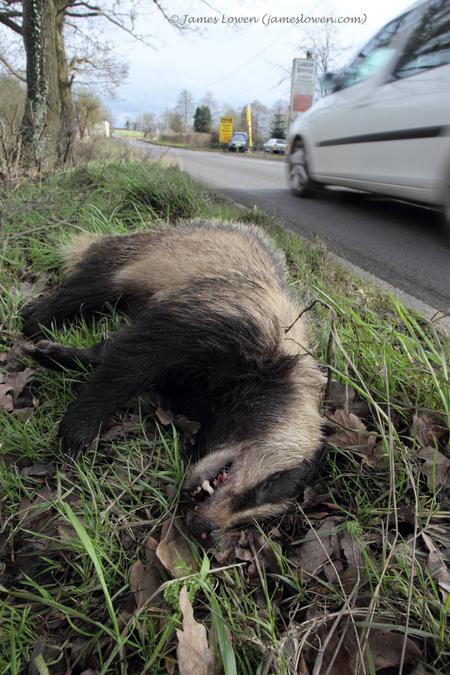 Celebrating my sister's 40th birthday with a few days in a cottage at Cley produced (fwiw) a self-found Red-necked Grebe in the slightly odd location of Arnold's Marsh at Cley, a sort-of self-found Grey Phalarope (I knew one had been seen at Cley in the morning, then bumped into it flying over the waves at Salthouse early afternoon), Lapland Bunting at Blakeney and a Red Kite near Wiveton. No photos of any, so we'll make do with other species instead: a young Glaucous Gull in Great Yarmouth, two young drake Scaup at Wells and a Stonechat at Blakeney.