A nice dark male looked familiar. I suspect it was one of two that formed part of the Medusa hair of ten males last month. if so, it has moved 300m or so.

The Adders have been brilliant. But this week, even they have been eclipsed by garden wildlife. Enticed by a pheromone lure (which I used successfully once last year), at least three male Emperor Moths have visited our little patch of green in a suburban housing estate. The nearest semi-natural land is in the valleys that lie 2km either side of us. So it was staggering that these moths made it here at all. It was tricky to photograph these fast-moving, Small Tortoiseshell-sized insects in flight. I managed a couple of acceptable shots, in the circumstances.

Between us, we had 18 Adders: 17 males and my first female of the year. Three or four of the males were spanking grey, having recently sloughed. I also found a sloughed skin, which was swiftly added to Will's collection of dead bits of animals. The female was sluggish and unreceptive to the flickering tongue of one of these icy-blue males. She kept her own counsel, largely under the cover of a gorse bush. But it may not be long until the urge takes her, and males dance for the right to procreate. Here she is.

Eventually one male calmed down, and allowed himself to be photographed properly. What a stunning creature! My 5-year-old daughter was rightly amazed at it. But what really made my jaw drop was when she suggested, unbidden, that the 'eyes' on the moth's wings might have the purpose of scaring away predatory birds. My girl has talent. A future evolutionary biologist? 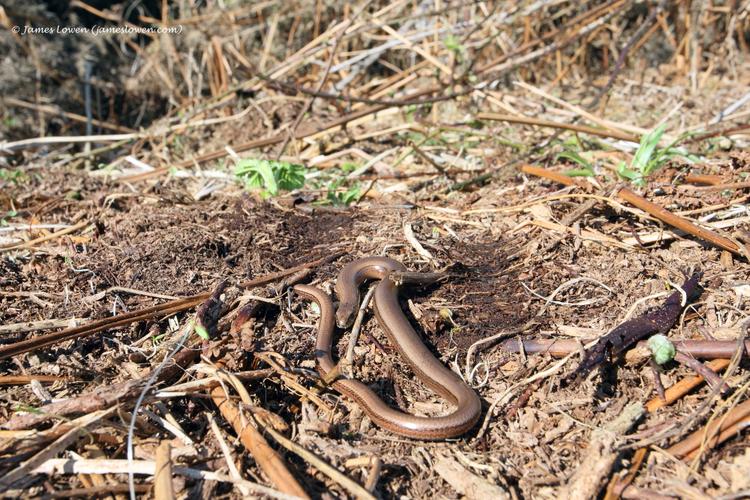 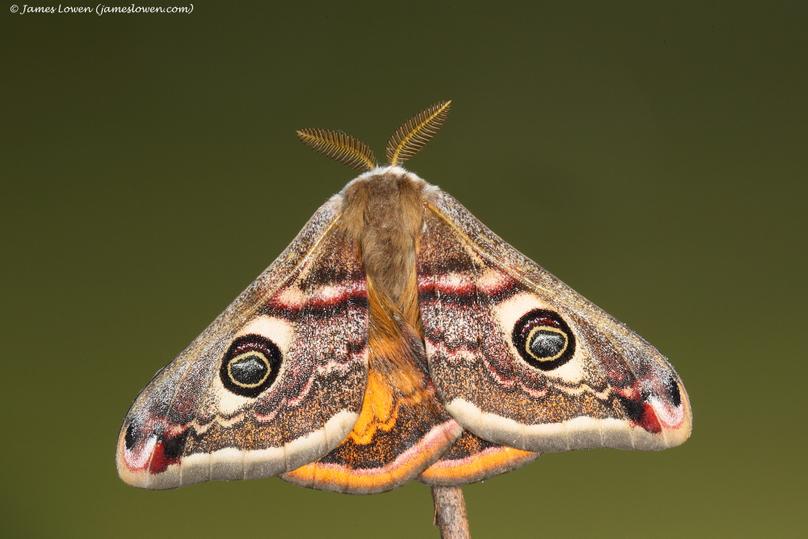 However, when you can start to see your own reflection in an Adder's eye, you know it is time to retreat. Indeed, this male was starting to raise its front body in warning, so I slithered backwards and left him and his mates be. 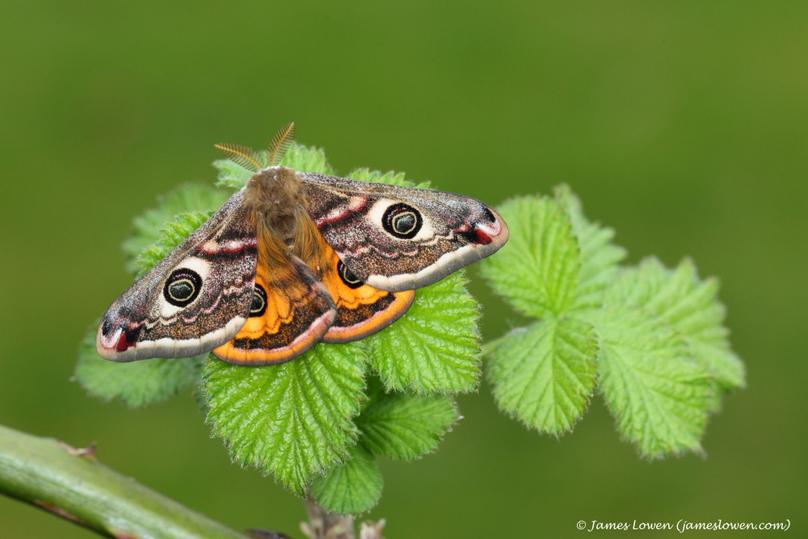 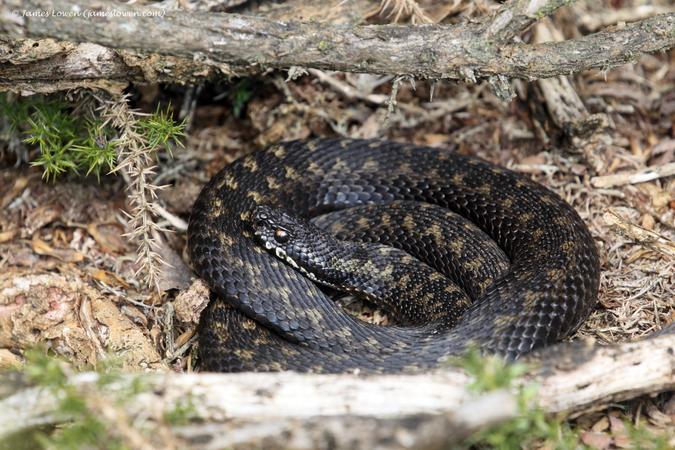 I was rather surprised that that particular male emergence site was still going. We had four males there. One was particularly confiding. 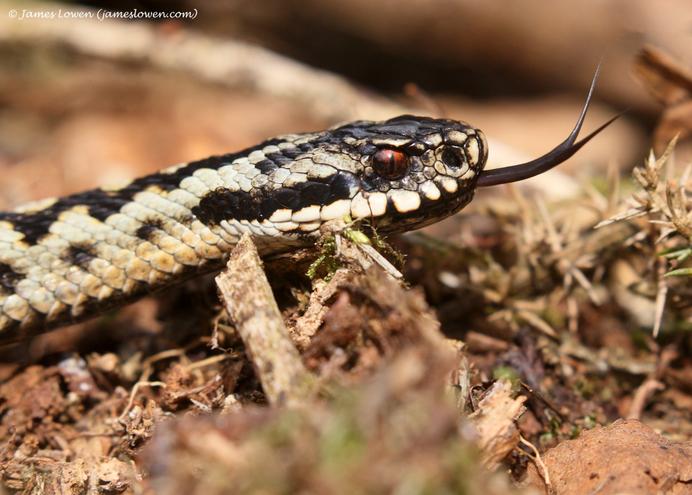 Plenty of other herps were enjoying the mild day. We found two Slowworms (below), a dozen or so Common Lizards and a pond wriggling with Common Frog tadpoles. Add this to between 2 and 4 Woodlarks, plus Crossbills and Siskins, and it was hard to leave. But leave we did, aiming to photograph a showy summer-plumaged Red-necked Grebe on Little Ormesby Broad. It transpired to be at the far edge of the Broad, and thus impossible to photograph.

After a reptile-free week, I was starting to get itchy vestigial limbs. So, with a superb spring day in the offing, it was back to the usual Norfolk heath with Will Soar, who accompanied me around until he did his knee in and could walk no further. We had a tongue-flickerin' mornin'.