So... after the introduction to the stunning selection of sites visited in NW Ecuador, a trip that I made courtesy of Quito Turismo, here is the first of several photo-rich blogs on the wildlife I was fortunate enough to encounter. Let's kick off with a crowd-pleaser. I visited two leks (display grounds) of Andean Cock-of-the-rock. The lek at Paz de las Aves was well established for visitors, and we enjoyed views at 15-25m range of about eight males trying to garner the attentions of a single female. The birds were at eye level and one presented itself for photographic opportunities. And video opps too: for a sample, see my Youtube channel. At Maquipucuna, viewing facilities are 'in preparation'. When ready they should also be very good; again we had about eight males, but no females this time. There is also a lek at Mashpi, but it is a hefty walk from the Lodge.

Other big birds were similarly showy. I was particularly pleased to catch up with Long-wattled Umbrellabird at Mashpi, and the same site did us proud for Choco Trogon​ (which has a distinctive habit of twisting its head v e r  y  slowly from side to side. We saw Collared Trogon, Rufous Motmot and Broad-billed Motmot at several sites, and Masked Trogon at one.

After all this colour, what we need is something relatively dull and nondescript. So let me introduce the bird that changed my life. A friend, Paul Salaman, discovered a new species of canopy-dwelling cloud forest bird in Colombia in 1991. He described it as Choco Vireo and sold the scientific name (Vireo masteri) to a philanthropist, thereby raising money to strengthen conservation at the Vireo's home. Paul's initiative made my 18-year-old self realise that I could actually put my interest in birdwatching to service. As a student I consequently participated in and led conservation expeditions to tropical rainforests around the world. After that came working in international conservation NGOs, the environmental side of Government and finally communication on all things wildlife and travel. Without Paul and his discovery, I would probably have ended up an accountant. Accordingly, finally seeing a Choco Vireo (in fact two) at Mashpi Lodge, was undoubtedly a life highlight. What a place! What a bird! What a life!

Ecuadorian lodges have unequivocally cottoned onto the ecotourist value of hummingbird feeders. Each of the five sites visited had one such station that thronged with sharp-billed fast-flying sugar addicts. We saw upwards of 20 species, among them Velvet-purple Coronet (a speciality of Mashpi Lodge), plus Andean and Western emeralds. The finest hummingbird garden was that at Alambi (a chaos of the critters!), whilst the most intimate was at Maquipucuna (where they fly around your heads every mealtime).

​Next up, another group of chunky birds, albeit of varying sizes. Last time I was in Ecuador, 'antpitta farms' didn't exist. Given that we've covered them three times in Neotropical Birding over the past decade, I was keen to visit the location that started them all: Refugio Paz de las Aves. We enjoyed Giant, Yellow-breasted and Chestnut-crowned antpittas, and heard Moustached. At Septimo Paraiso, speculative tape-playing produced a delightful Ochre-breasted Antpitta - but views were too brief for photography. Also on the antbird theme, Immaculate Antbird was common at all sites, Rufous-breasted Ant-thrush easy to hear but hard to see, and a pair of Streak-headed Antbirds scolded from Chusquea bamboo along the Snake Trail at Septimo Paraiso. 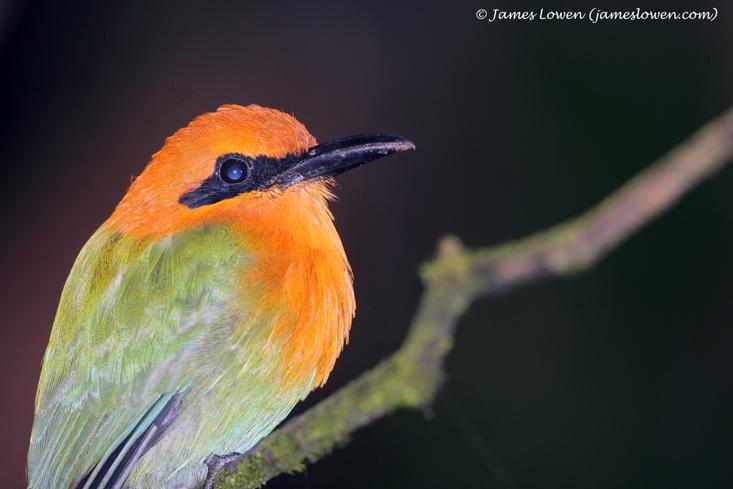 In the same neck of the taxonomic woods are toucans and barbets. Among the former group are Pale-billed Aracari and Crimson-rumped Toucanet. The latter was seen at most sites, the aracari solely at Mashpi Lodge. Choco Toucan was common at Maquipucuna, but too distant for photos. Toucan Barbets were at Septimo Paraiso, Alambi, Paz de las Aves and Mashpi, but gave stunning views at the latter site. I have never seen this bicho so well!

Time for a mixed bag of species, each identified by the caption. I hadn't seen Rufous-brown Solitaire or White-winged Brushfinch before, and and only spied Blue Seedeater, Golden-winged Manakin, Dark-backed Wood Quail and Baudo Guan on single occasions, so that quartet brought particular pleasure. Better still was Indigo-crowned Quail-Dove, a Mashpi speciality (or, at least, easier to see hear than elsewhere in its limited range). But the bird with which I was most chuffed was undoubtedly the globally threatened Cloudforest Pygmy Owl. I searched for this in vain at Septimo Paraiso; although it has been seen in recent years, local guide Alex Luna has not glimpsed it there. On the first afternoon at Mashpi Lodge, in the gloom of a mist-ridden downpour, I was nattering to Carlos Morochz about the chance of seeing this bonsai owl when guide Jose called "bua!" Guess what it proved to be...? 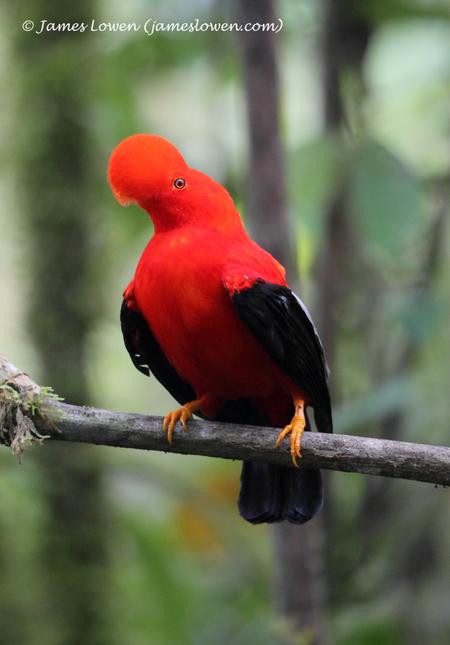 Time for some tanagers, fruit-munching birds that gather together in swarms to rainbow the canopy. Stunners. All sites offered good opportunities to see tanagers, with Maquipucuna arguably the best in terms of diversity and overall numbers. Septimo Paraiso produced Rufous-throated Tanager, but somehow I neglected to photograph it so I have resorted to displaying an extract from an issue of Neotropical Birding in which it features. My favourite tanager was Moss-backed, a Choco endemic that I have long yearned to see. Splendid it was - common through the reserve at Mashpi!