If Septimo Paraiso is a luxury cloud forest lodge, then what is Mashpi? Unabashedly top notch, dripping with class - a 5-star modernist city hotel incongruously plonked in the middle of drenched rainforest. Mashpi is unambiguously exceptional from start to finish - but then so are the prices. (That said, they still make an Antarctic cruise look cheap.) Prior to visiting, I confess to being a tad sceptical about Mashpi's professed conservation ethos: might the purchase of 1,000+ hectares of primary forest merely be greenwashing for accommodating posh people? Not at all, I found. Owner Metropolitan Touring really is using high-end tourism to save the rainforest - and to study it too. We were fortunate to be guided by lead biologist Carlos Morochz who is financed to run a suite of excellent research projects. Have not the merest smidgeon of doubt; this place is stellar. 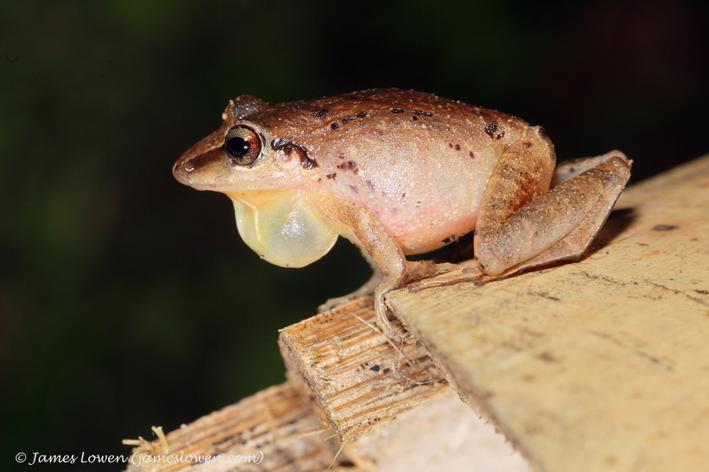 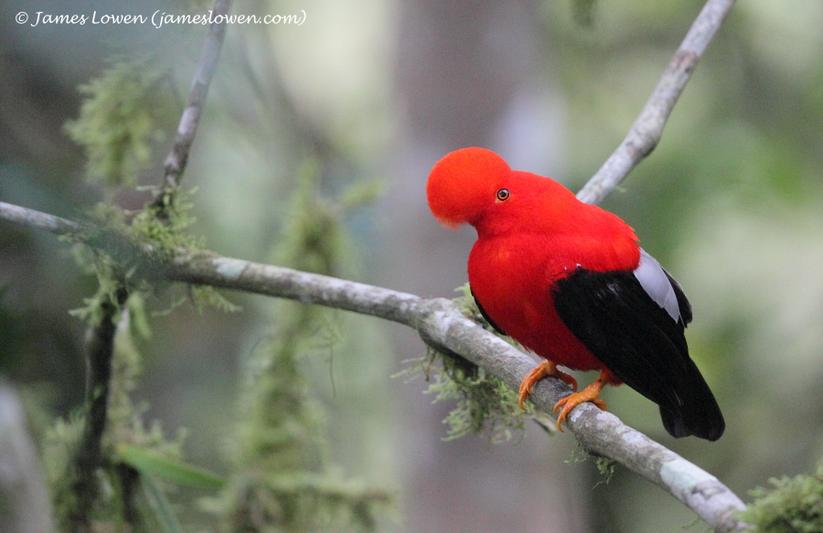 The wildlife highlights of the short but intense trip included: Giant and Yellow-breasted antpittas, Cloudforest Pygmy Owl, Velvet-purple Coronet, Indigo-crowned Quail-Dove, Long-wattled Umbrellabird, two leks of the fiery Andean Cock-of-the-rock, Chocó Vireo (the bird that changed my life...), Moss-backed Tanager and Indigo Flowerpiercer; several species of frog including the recently described Mashpi Torrenteer; amazing moths such as the massive Black Witch; and some other stunning invertebrates, notably the hyper-camouflaged Lichen Katydid and two scary-looking dobsonflies (a personal favourite given my wife's maiden name was Dobson).

I have written blogs on various wildlife experiences. Click on the links below to read.

The remainder of this blogpost provides short reviews of the sites visited - the places element to my travel, rather than the ​wildlife. 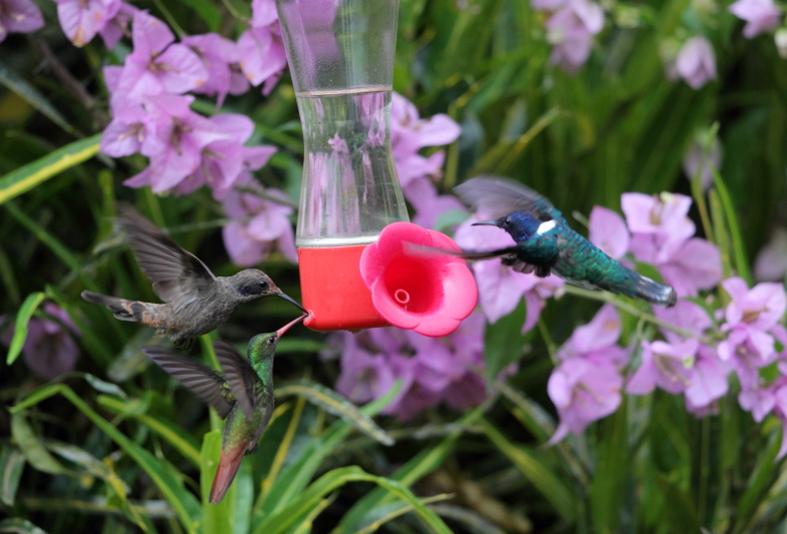 I spent a hedonistic hour at Alambi Cloud Forest Reserve. Here Favian Luna has created a private reserve containing a fair portion of Choco forest. His primary exhibit is an outstanding hummingbird garden. To visit is to witness feathered chaos, with easily 100 individuals of 12-15 species on view at any single given moment. This riot of colour is complemented by frugivores visiting platforms with bananas left out. Their number included both Red-headedandToucan barbets, Silver-throated Tanager and (a surprise, as I wasn't aware that woodpeckers ate fruit) a Golden-olive Woodpecker.

The forest is as good as any I have experienced in South America. The area around the lodge itself, amazingly, is among the birdiest places I have ever been - particularly in the first two hours after dawn. With coffee in hand, it is easy to get cracking views of species that take days (even months!) of effort elsewhere: Long-wattled Umbrellabird, Indigo-crowned Quail-Dove, Choco Vireo, Rufous-brown Sapphire and many more. Each night the searing lodge windows are littered with numerous species of moth​, and the forest drips with frogs including a species of tree-frog described from here just a couple of years ago. Moss-backed Tanager abounds throughout the impressive altitudinal gradient occupied by the reserve; a vibrant hummingbird gallery hosts Velvet-purple Coronet  in addition to the usual suspects and is additionally visited by stunners such as Toucan Barbet, Agouti and even Cloudforest Pygmy Owl. Choco Trogons pose at the Mariposeria ('butterfly farm'), which is just one of three particularly special tourist facilities. The other two - the SkyBike (a pedal-powered aerial exploratory device) and the recently opened Dragonfly (open-air cable car) - both enable intimate, unique insights into the canopy. Simply remarkable.

Unfortunately my camera packed up (and my iPhone refused to take photos) at Maquipucuna, so I can't share more than the odd image of the place. But suffice to say that I developed a very soft spot for this understated, community-focused lodge. The secondary forest is pretty good in areas, and there are plenty of birds around the lodge buildings themselves (including breeding Torrent Duck and Andean Cock-of-the-Rock). There's primary forest higher up, an Andean Cock-of-the-rock lek for which infrastructure is being developed, and ample nocturnal activity from frogs, orthopterans and other invertebrates. Energetic entomologist Nancy Miorelli - co-founder of the Ask an Entomologist blog - expertly inducted me into numerous six- and eight-legged lives. And then there's the Spectacled Bears - probably the world's largest population - that are ever more easily seen during the fruiting period of one particular tree - or is it seven particular trees? Staying true to her scientific training, Rebecca is leading research to find out...

My trip was sponsored and organised by the excellent Quito Turismo and consequently started with two days in the capital. I stayed at the excellent Casa Aliso, a boutique and bohemian b&b. Recommended. I ate at PatriA and El Crater restaurants. The former offered outstanding Ecuadorian fusion cuisine; the latter more typical fare at a stunning site overlooking a volcanic crater. In the company of guide David Pinto, I toured the UNESCO-listed historic old town. Notable locations included San Francisco market (where herb-healers ply their trade alongside vendors with stalls laden with unimaginable fruits). the stunning La Compañia de Jesús church and the similarly impressive city cathedral. We also visited two attractions celebrating the country's position on the Equator: Mitad de Mundo (which contained a fascinating exhibit celebrating Ecuador's cultural diversity) and the more intimate Inti Ñan, where the highlight was seeing the shrunken head of a (long-dead!) Amazonian woman. I am not normally 'into' urban tourism, but this was a fascinating couple of days. 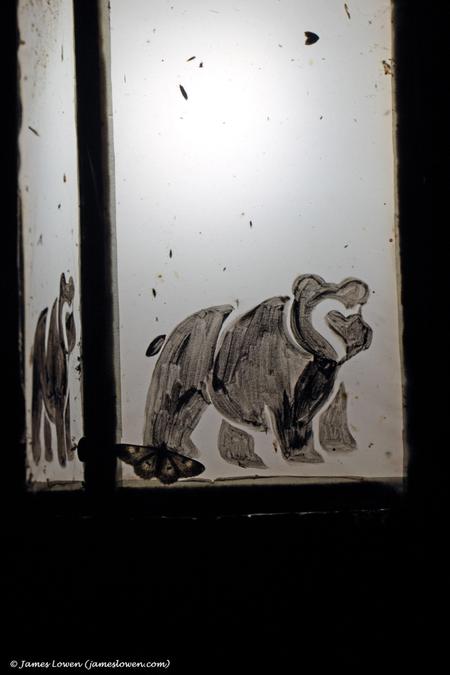 The second site was one that I had yearned to visit for a number of years. Angel Paz, owner of Paz de las Aves, is the Grandfather of Antpitta Feeding. Seeing this typically elusive clade of clandestine, ground-dwelling birds has long provided a major challenge. Thanks to Angel's talents in habituating antpittas to handouts of worms, the challenges remain (these are not tame birds! Not pets!) but the prospects of success are much much higher. Accordingly, Neotropical Birding - the magazine that I edit on behalf of the Neotropical Bird Club- has dedicated space in three articles to the Paz family's operation. Experiencing it for myself was high up my bucket list for this trip. And it didn't disappoint. Excellent views of three skulking antpittas - Giant, Yellow-breasted and Chestnut-crowned - were top of the pops, and somewhat more enjoyable than the frankly bizarre sight of Dark-backed Wood-Quails munching on plantains two metres above ground. This followed a pre-dawn start where Andean Cock-of-the-rocks lekked at point-blank range, as watched from a purpose-built hide just five minutes stroll from the road. Throw in a breakfast complemented by a small (but active) hummingbird garden and an active feeding station frequented by tanagers, and you have a most pleasant way to spend a morning. Recommended. 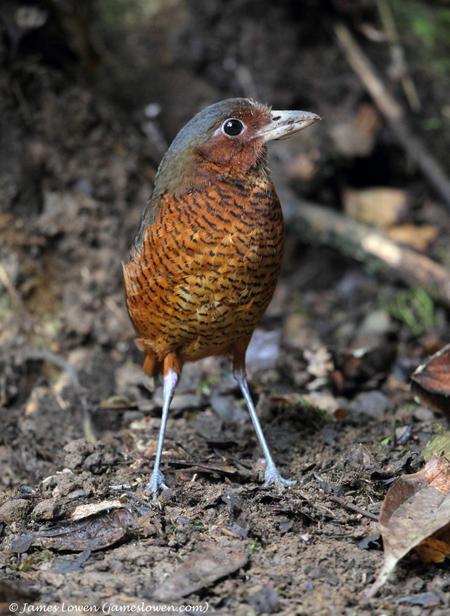 Appetite whetted? Come back for more over the coming week!

I had two nights each at Septimo Paraiso Country Hotel and Mashpi Lodge, plus a night at Maquipucuna Ecolodge. All are well-known ecotourist offerings, but with contrasting approaches to accommodation and cloudforest conservation, which I will describe in detail in my articles.

I spent a night at Maquipucuna back in 1997 and was curious to see how things have changed. The answer is, fundamentally, not much - and that's a good thing. Owners/Directors Rebecca Justicia and Rodrigo Ontaneda remain conservationists through and through, and their values shine through the entire Maquipucuna operation. The Ecolodge is rustic chic (and greatly expanded since my initial visit), with a glorious selling point being the (mercilessly insect-free) outdoors eating area, where hummingbirds zip past within centimetres of your face. (How do they miss? And how much would it hurt to be pierced by their needle of a bill flying at 20 miles an hour?!)

Wildlife tour companies regularly stay here, but surprisingly few seem to spend much time birding the Hotel's decent forest, which is accessed through a series of trails. I judge this a mistake. This forest is pretty darn birdy, with some decent critters that seem relatively tricky to see elsewhere. My personal highlights were Blue Seedeater and Streak-headed Antbird (two Chusquea bamboo specialists), Ochre-breasted Antpitta (taped in speculatively), Colombian Screech Owl, Common Potoo, Spotted Barbtail, Golden-winged Manakin, lekking Club-winged Manakins and Rufous-throated Tanagers. Then throw in plenty of hummingbirds at the feeding station and you have a very decent birding site indeed. Non-avian goodies included a brief snatch of Olinguito (the recently described Kinkajou-lookalike) several species of frogs but only one lizard (and not the desired 'pinochio lizard'. Plenty of cracking moths and other insects too. Cracking stuff - and a site that would repay much more attention than visitors currently seem to give it. This is no ordinary, award-winning luxury country hotel...

I spent 7-14 November on a press trip to Ecuador, visiting Quito plus three lodges and two additional sites in the Chocó  cloudforest northwest of the capital. I will be exploring the area through a few articles (the exact number depends on commissioning editors...) and a series of blogs over the next few days. This was my first visit to Ecuador since 2002, and my first time back in the Choco since 1997. Almost all bird species were familiar, but I still managed to squeeze in 20-odd ticks. I had not previously looked at the herptiles or invertebrates of the area, so those dimensions to the trip were exciting. 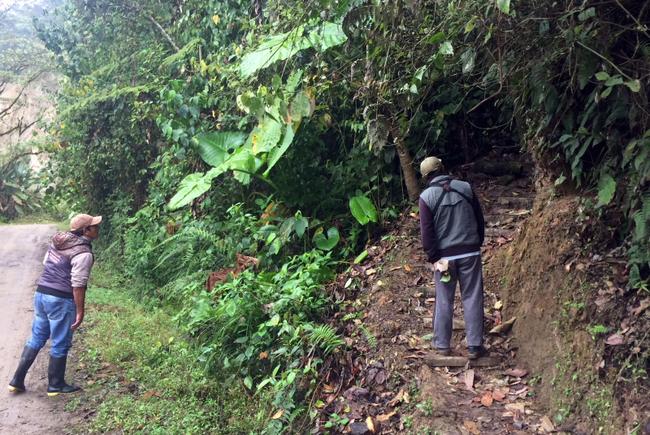 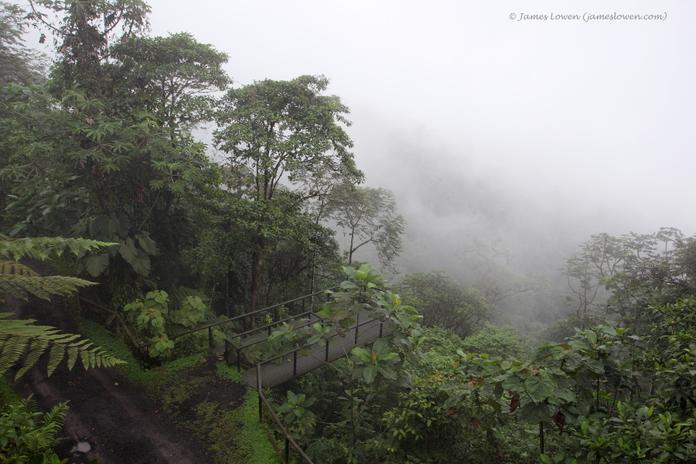 Located on the edge of Mindo, Septimo Paraisowon Luxury Cloud Forest Lodge of the Year 2016 just a couple of months before my arrival. And I am not surprised. The dynamic owner, Ana-Lu Goetschel, has spent 15 years developing a gem of a hotel. Every room oozes individualistic, eccentric charm - as if an old-English country house had suddenly sprouted in the middle of the rainforest. "It's crazy", admits Ana-Lu. The week I arrived, the ecological entrepreneur had just opened her new venture, an on-site cafe specialising in high-grade forest chocolate products - entitled Xocolat - and her husband Tommy's succulent coffee. 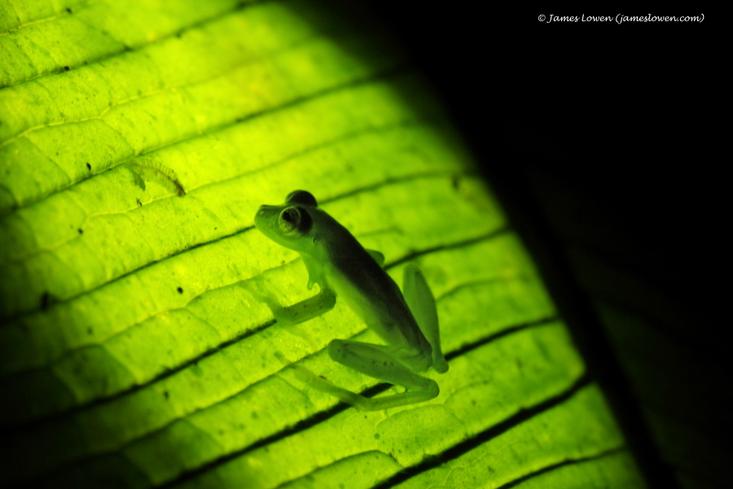