Other waders at this attractive site included a determinedly non-red Curlew Sandpiper (playing wingman to the Broad-bill in an earlier photo), Greenshank and a glorious summer-plumaged Little Stint.

Two days later, I was twitching again. This time, however, the twitch was to a site 5 miles away rather than 500. Matt Casey had pulled a blinder by discovering not one but two sites for Bluebell Conch Hysterophora maculosana, a micromoth previously known in Norfolk from just two locations.

By traipsing around the bluebells outside the wood at Ringland Common, we spotted perhaps a dozen of these tiny little critters, and eventually managed to photograph one perched on its eponymous flower.

Paragons of virtue, Nick Watmough and I decided not to go for the Cornwall Dalmatian Pelican over the weekend of 14-15 May. Our rationale: it was a long way, the bird was bound to be plastic, and coinciding with it was far from a banker. Instead, we went to RSPB Frampton Marshes (Lincolnshire), a site tick for both of us. This was a relatively short way (90 mins) and for a wild bird (Broad-billed Sandpiper, a smart boreal-breeding wader), even if coinciding with it was far from a banker. As it happened we scored immediately upon arrival and watched the bird for 30 minutes until it flew off with friends, never to be seen again. Result. 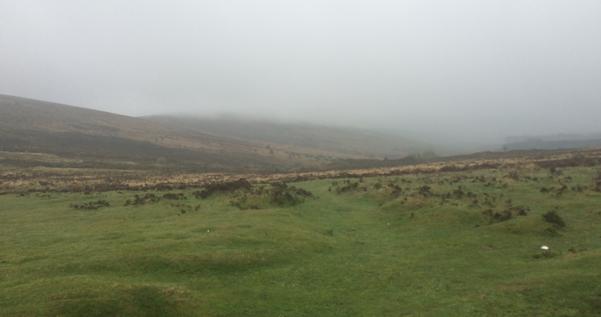 The following day was the 6th consecutive 24-hour period that a European Bee-eater had been languishing in fields between Winterton and East Somerton. My only previous British Bee-eater was a bird that I found while changing Maya's nappy in 2012... also at Winterton.

I found a strong candidate for Black Brant amidst hundreds of Dark-bellied Brents still lounging on the floods and presumably sulking about the need to head up north to breed. Flanks and neck patch looked good, but the mantle seemed dark brown rather than black. I was undecided between Brant and hybrid, and Nick & Steve Holloway both favoured the latter. We put the news out as either/or. Nothing like fence-sitting. Looking at photos a day later, however, made me reflect that I had been unduly cautious. I was duly scorned by a nameless bird-news operative. This was surely a Black Brant. Neat find, if so.

There had been no sign of the Bowhead Whale since the initial encounter, but that didn't prevent us from checking Mounts Bay (with half an eye on the foreshore in case the Hudsonian Whimbrel was lingering). But water and beach were both empty. It was time to head east to Dartmoor. Upon arrival, this was the scene that greeted us.

Then the phone sounded its MEGA-alert. Last week's Lammergeierhad been refound... and this time in Devon. With three—in a British context—amazing encounters potentially available in south-west England (vulture, whale & pelican), a car load needed to be formed. And so it was that, in the early hours of Tuesday morning, Phil Saunders, Will Soar and I collected Howard Vaughan by the M25, then transferred to Rob Williams' car in Somerset. 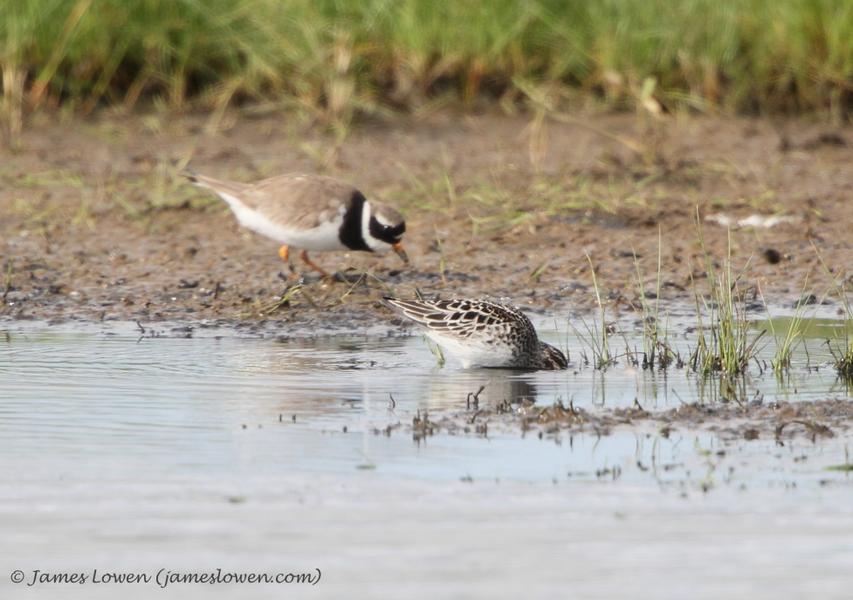 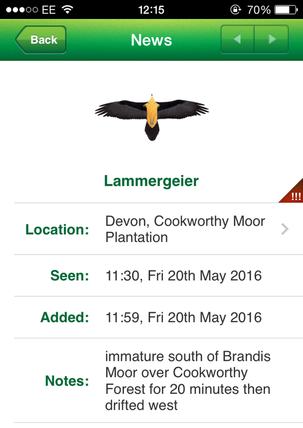 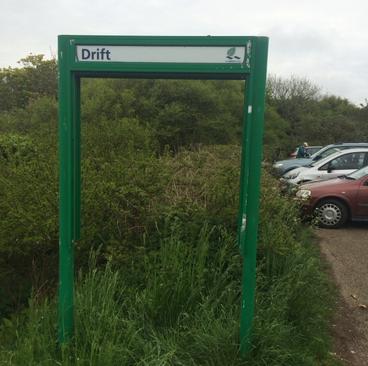 Lady Luck had smiled on us overnight, for the Dalmatian Pelican had roosted at Drift Reservoir, enabling us to bowl up and scope it to our heart's content. Will was particularly chuffed, having dipped it the previous week due to dense fog. I won't pfaff around offering a view on the bird's origin or tickability, but seeing it on a Cornish waterbody and flying over an English farmstead was nothing less than marvellous.

After such filthiness, it was time for extensive ablutions. But I suspect that it won't be long until the urge takes me once again, and I open the car door to sit down for far too many hours. Hang on, what's that noise? Another MEGA-alert...? 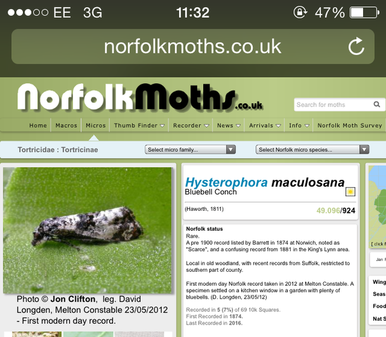 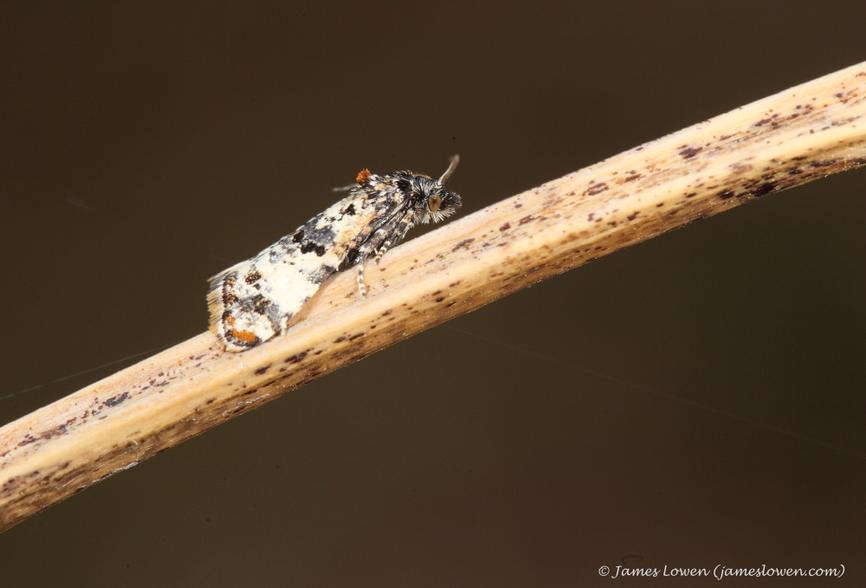 Hardly decent vulture-spotting conditions. At this rate we might end up stringing the drone, as others had apparently done the previous evening. (Indeed, we were told by one birder no less than four times quite how "confusingly similar" they were.) Gradually, however, the conditions turned clement. Hopes were raised...

I don't do much videoing, so it was fortunate when my attempt at doing so with the Bee-eater coincided with it vomming up a good load of indigestible chitin.

The following day, a Monday, I was hard at work (it does happen) when I spotted news of a Bowhead Whale seen the previous day near Penzance. Indeed, it was found by the gang from Marine Discovery, who kindly (astutely) advertised in my book, A Summer of British Wildlife. This got the juices flowing; if it was seen again, it would be time to scurry south-west. 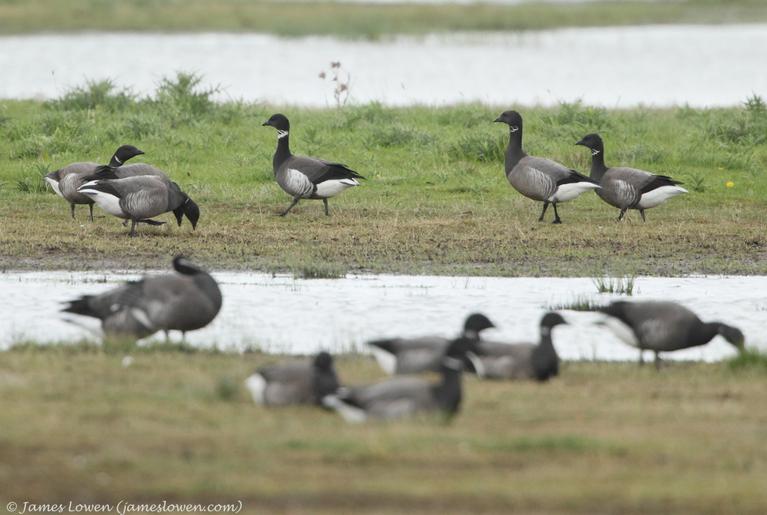 Common Buzzards were flying around. So too Ravens and a single Red Kite. But there was no big Beardie, no culture vulture. We and a few score other birders scanned skies and scoped hillsides, to no avail. We briefly adjourned to Yarner Wood, a sumptuous site with riverine sessile oaks, and enjoyed oodles of Pied Flycatchers and a single singing Wood Warbler, then tolerated a couple of male Mandarin. And then it was time to follow the asphalt roads for far too many hours back north-east, to Norfolk.

Not one to be deterred by the absence of a site tick, I pootled east late afternoon and take a look. It would have been rude not to. A good choice, for this was a showy beast that was wholly unperturbed by its human admirers. Regrettably the light was pretty poor, so the photos only just about passed muster.

Nothing to do with Irvine Welsh. Rather a short piece on recent gratuitous, filthy twitching. A rebellion against my inability to nail birds I do find, perhaps?

It is 23 years since I last saw Broad-billed Sandpiper. I had forgotten how dinky they are. And I probably never knew that legs shorter than a Dunlin demanded that Broad-bills stick more of their head into the water to reach food than Dunlins typically do.