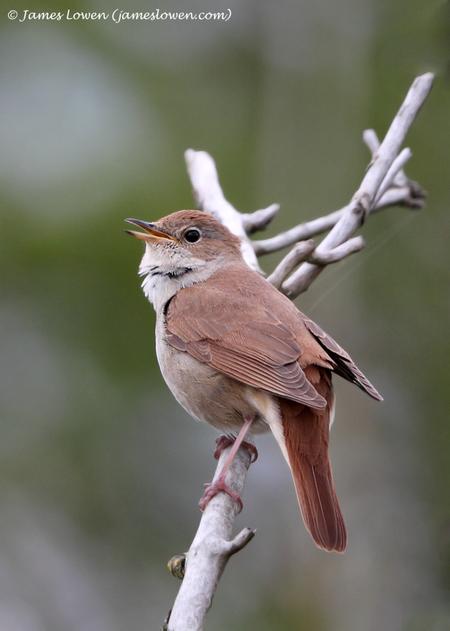 Once a year, for three precious hours, Suffolk Wildlife Trust opens the gate to its Fox Fritillary Meadow reserve. It was a delight to see so many visitors enjoying the spectacle of tens of thousands of Fritillaries nodding burgundy in the northerly breeze. Sharon - who missed out on the trip that Maya and I did here last year - was among those enchanted. 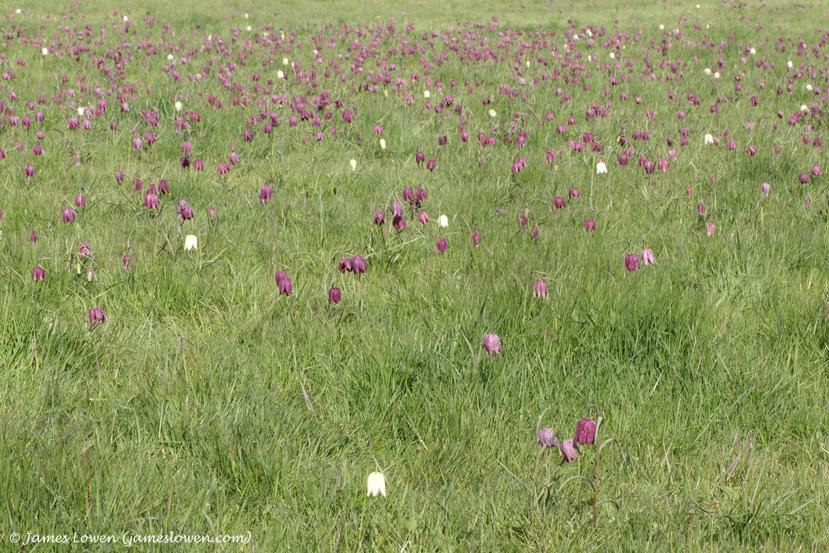 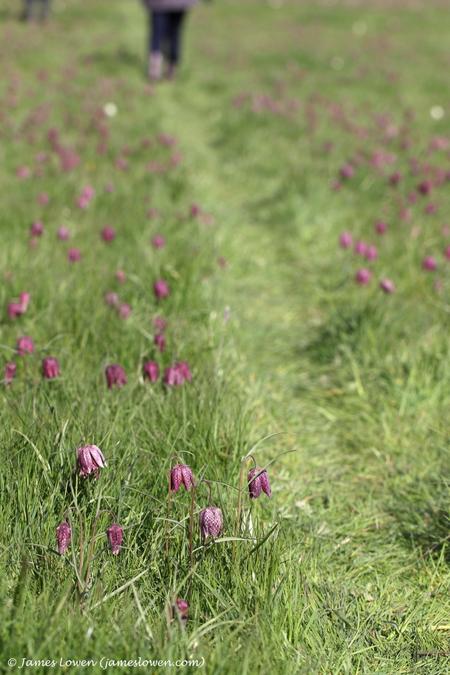 The meadow is all about the collective, the cumulative. Isolating a single Fritillary, or a group of proximate flowers, can rather defy the point of the visit. But it is worthwhile. For this plant has poise, and presence. At the apex of a lissome stem, the plant throws out two narrow, architectural leaves to counter the downwards arch of the upper stem. The pose culminates in a garnet bloom that is tubular when closed, turning bell-like when opened. It is the composite form, and the chequered snakeskin-like pattern, that recalls a serpent intent on striking. 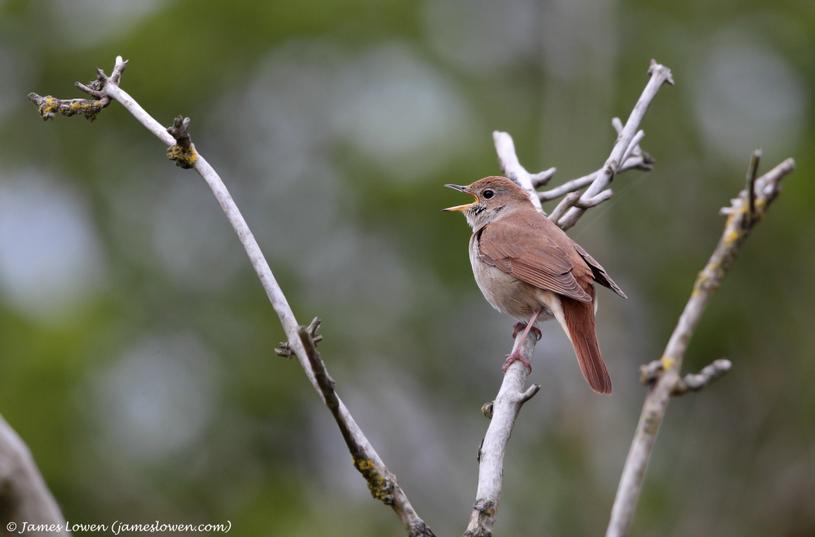 And then to Luscinia, the Nightingale. When these songsters first arrive on breeding grounds, they can be quite showy. 'Quite' is relative, of course. These birds are renowned for their skulking habits. Last year, I had a belated bash at photographing a male at a site in the Brecks, following up gen from Graham Clarke. I was pretty unsuccessful. Graham was attuned to the birds' arrival at the same site this spring. He secured a great piece of video on the Saturday, and I returned with him to the site on the Sunday. We spent three hours and some waiting for the bird to show. When it did, it was typically impossible to photograph from our secluded stakeout - or was distant, so a 'bird in habitat' shot was the best we could obtain. 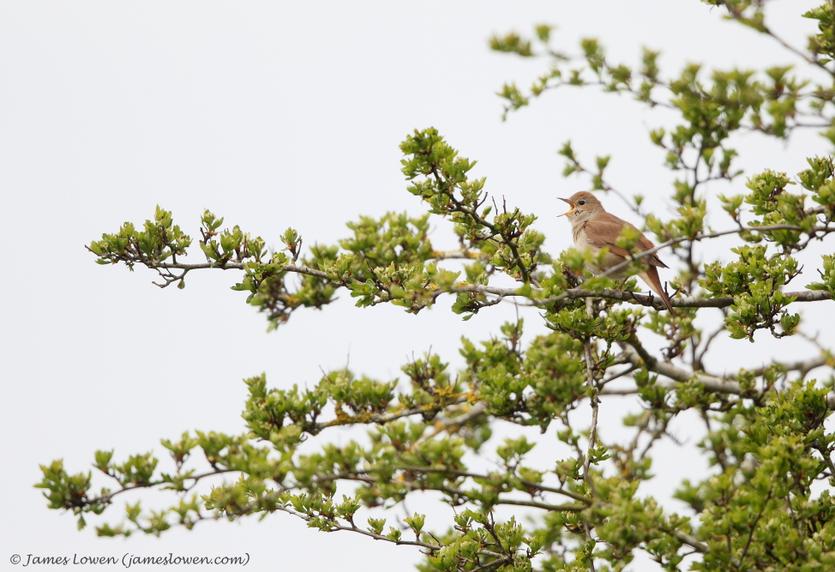 As departure time approached, the male kindly deigned to pop up on the isolated dead tree on which we were focused. Inept to the last, I missed the money shot (which Graham secured), but still obtained my best ever images of this wonderful bird. A cracking weekend with the best of British wildlife.