Finally, I even went birding. Shock horror. Given that Dave Gandy was visiting from Bangkok, and given that Dave only does birds, there was no other option. We saw bits and bobs around Cley and Salthouse (Pectoral Sandpiper, four Wood Sandpipers and six Curlew Sandpipers). We enjoyed a group of 17 Spoonbills at Stiffkey Fen; an amazing 33 chicks fledged this year from the Norfolk colony. And troffed a spectacular duck/black pudding Scotch Egg from Picnic Fayre in Cley. But held back from munching on the Cookie's seafood platter in nearby Salthouse. Somehow, eating a prawn just didn't feel right. 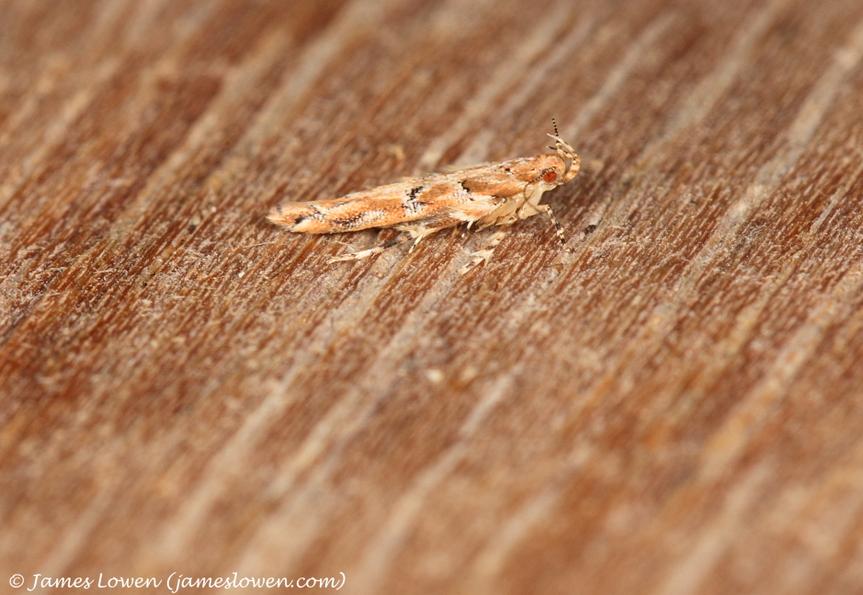 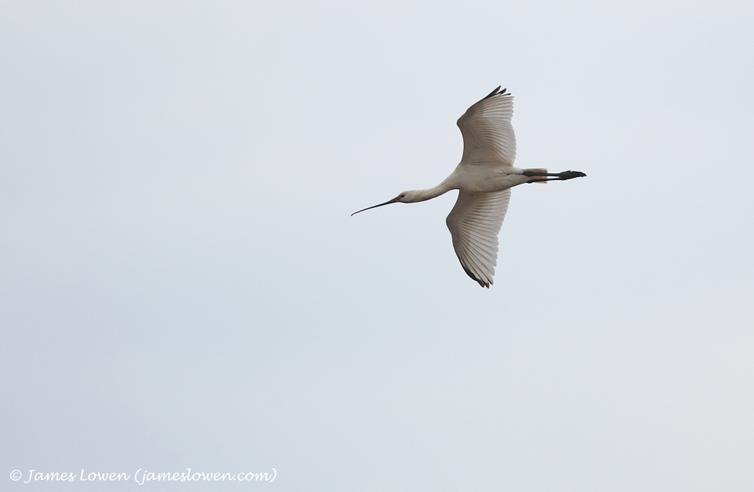 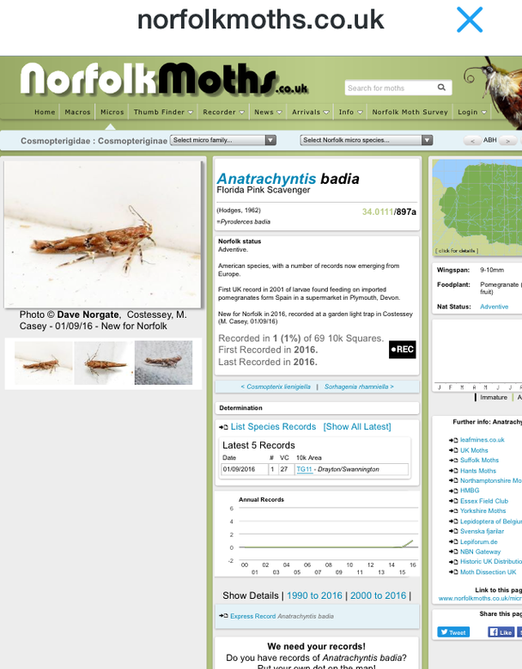 Quite a few riches then, all told. Yet the highlight was the continued presence of a critter already known from the garden. After a two-week disappearance (which meant that I couldn't show it to Mark Telfer or Andy Musgrove when they visited), Yellow-legged Clearwings again graced our garden. One even made it into September - which may be the latest ever in Norfolk.

In other news, a family trip to the beach at Thornham resulted in a beach-specialist beetle, Phaleria cadaverina. This also seems to be locally distributed. It was even pretty.

Today I photographed a prawn. A prawn in the guise of a moth. A moth that should be in America but was actually in Norfolk. An American moth that probably stole away, as a larva, inside a pomegranate. A pomegranate-scoffing larva that ended up as an adult moth in a friend's trap near a garden centre. A garden centre that lies just 200m from my moth-free home.  ​

Do you see what I mean about the resemblance to a shrimp? Not content with merely being fantastically coiffed, this moth also has the affront to be fabulously named. Say 'Howdy!' to the Florida Pink Scavenger, formally known as Anatrychantis badia. As you might expect for a New World moth, it transpires that this crustacean-like creature is pretty rare. Matt Casey's capture may well be only the second UK record. It is unequivocally Norfolk's first. But the Gurney Road garden centre has a lot to answer for.

There has been a modicum of quality, however. Small Ranunculus is a Red Data Book moth that was believed extinct in Britain until 1997; Norwich appears to be a favoured enclave and I was delighted that one has now graced my garden. It is subtle, but sumptuous. I was smiling at trapping both Bulrush and Webb's Wainscots, the latter Nationally Scarce, the former massive. Hawthorn Moth was a lovely locally distributed micro. And a hulking Dark Swordgrass the best of relatively few migrants.

Another surprise in the moth-trap - in fact, another two surprises - were Hairy Whirligig Beetles on separate nights. This species is nocturnal, but I had no idea it ever winged away from water. In an East Anglian context (see map purloined from NBN Gateway, who seem to be doing rather well despite not wanting me as their CEO when I applied earlier this year), this also seems quite a sparsely distributed species. So perhaps quite agreeable records?

Indeed, the garden centre may have had a part to play in other cracking moths that Matt Casey has caught, identified (no mean feat!) and kindly invited me to share. Not so (probably) for the three following rarities. Tebenna micalis(common name, amusingly, the Vagrant Twitcher) was another first for Norfolk, but one that Matt swept from Queen Hills country park. Dark Grass-veneer Crambus hamella was in Matt's trap, but part of a nationwide influx of this Nationally Scarce B moth. And the cryptic species Brown Powdered Knothorn Delplanqueia inscriptella​, only recently distinguished from a congener by close examination of its nether regions.

My own garden moth-trap has been prosaic. Here follow some of the slightly-better-than-standard occupants of recent weeks.