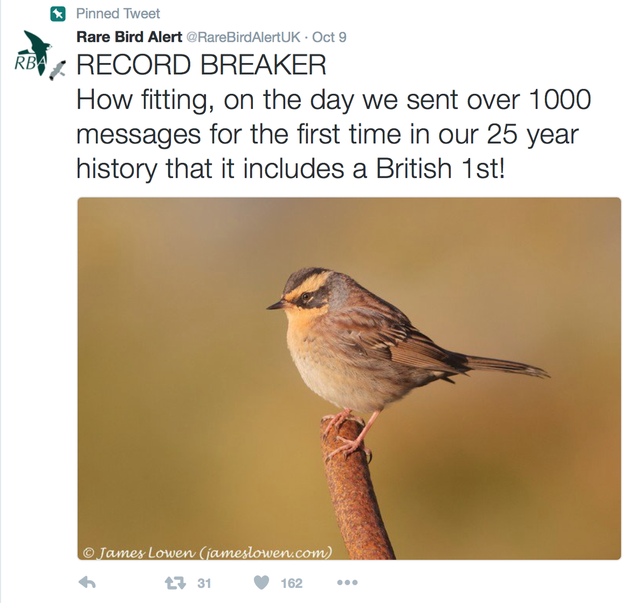 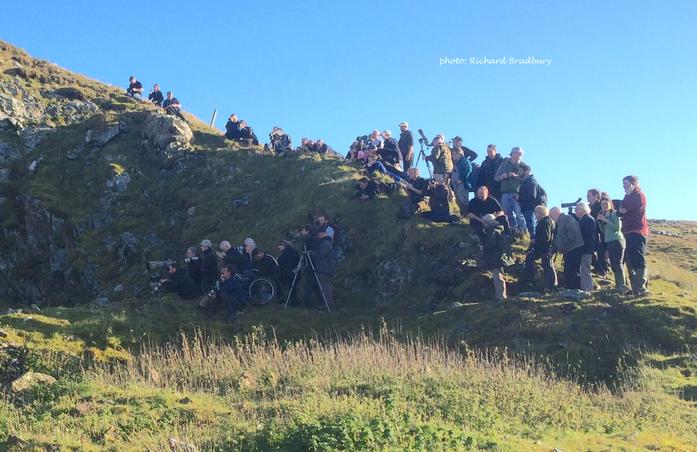 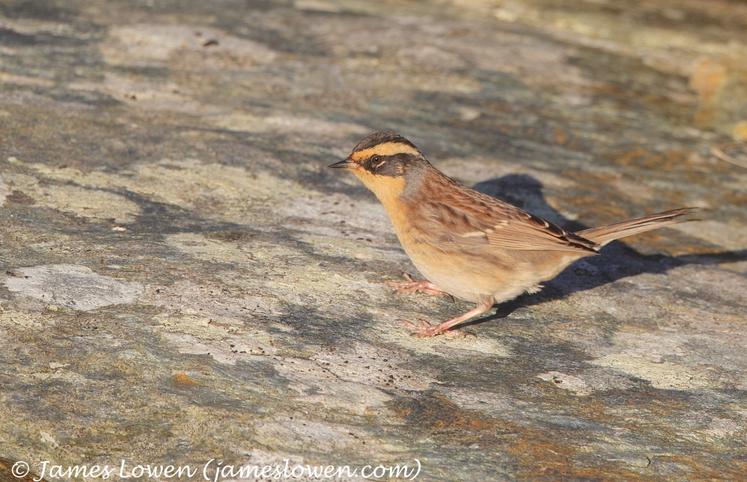 Found by Judd Hunt and Hugh Harrop as they gave their tour group a landscape photo opportunity, the Siberian Accentor was parading around in full view.

When prophecies come true, it's time to celebrate. So we did. In style.

Directions received from a bloke mowing his lawn, and we arrived at the quarry, and got Stu into position. And what sight greeted us. What a bird the Siberian Accentor was. 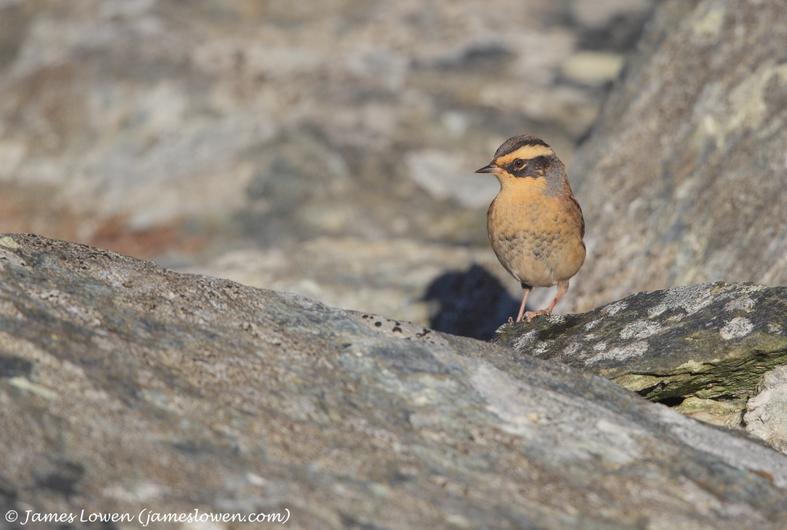 What... a... bird. As I write this, back home in Norwich two days later, I am still reeling in shock. 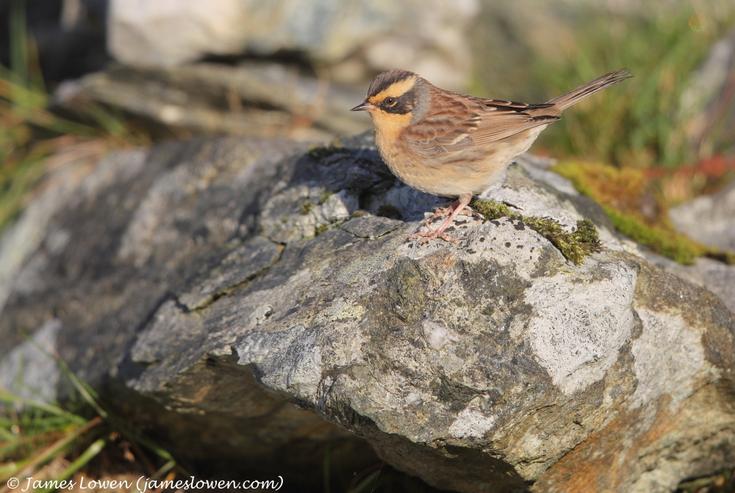 With a small (and highly appreciative, bordering on incredulous) crowd.

Just when you were persuaded that the bird could not perform any better, it hopped up - not once, but twice - onto a rusty pipe. For a few seconds it posed at eye level, and in my case with a lovely warm background bokeh, and the pappers snapped it up.

At point-blank range. In perfect light. 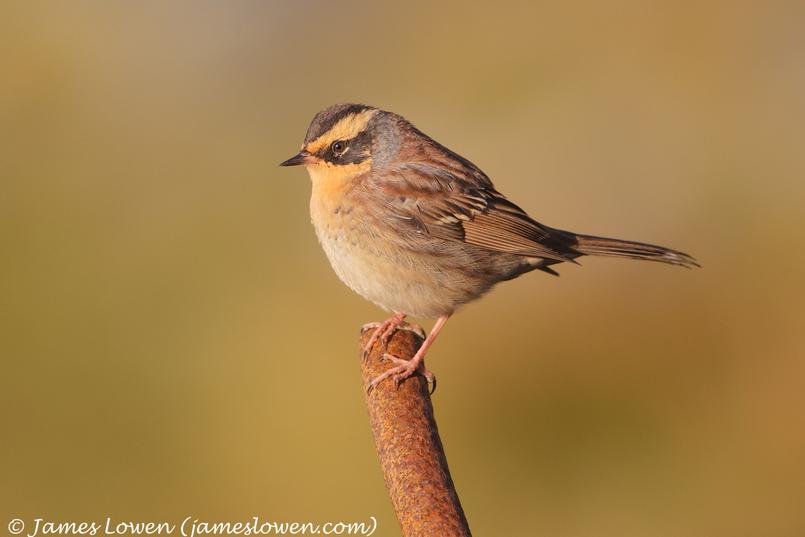 Granted, as you may have noticed, I did predict that we would find​ the Accentor. In that respect, my prophecy was flawed. But that didn't stop us driving the three miles to Scousburgh rather quickly. And even Graeme's internal tension began to tell when he failed to radio through effectively to the other car (in which Stu Butchart, Kieran Allison and Richard Bradbury were cruising towards the Buff-breasted Sand), first telling them that there was a "Siberian chhhhhhhhh [radio hiss]" then that there was an "Alpine Accentor" before finally getting the message through - prompting bedlam in the other car. And confusion in ours too, for Andy Symes had somehow not clocked the fact that we were going for a bird rather rarer than a dinky American wader. Now the excitement was universal, the adrenalin coursing like never before. Particularly because we had no idea where 'the quarry at Mossy Hill' was...

For British birders, there is nothing more exciting than a bird entirely new to the country turning up. So consider how thrilling it was when Graeme Buchanan received news of such a British first just three miles away from where we were, in the south of mainline Shetland. Yet none of the adrenalin, none of the frenetic turmoil that Graeme must have been feeling came through in his voice. "Change of plan", he said as he and David Wege drew up in the car as Andy Symes and I were checking gardens in Boddam. "We're not going for the Buff-breasted Sandpiper. There's a Siberian Accentor at Scousburgh."

I thought I was mishearing things. Perhaps a week of birding Fair Isle and Shetland - click on the underlined words for the blogposts - with a gang of six other men in the thirties and forties, with the general absence of personal hygiene that this inevitably involves, had left my ears blocked with wax. After all, if I had received news of a long-predicted UK first within five minutes drive, I'd have been screaming incoherently from the rooftops "Get in the phukking car!" Ah yes, long-predicted. Our group - in common with birders countrywide (and even as distant as Bangkok in the case of British expatDave Gandy) - had been muttering all week that if that hallowed eastern grail, Siberian Accentor, was ever going to turn up in Britain, this was surely the year it would do it. We had been playing tape of its call to attune our ears. We were sorting a route that maximised garden hedgerow habitat. Easterlies had been blowing from regions oriental for a week, and Sibe Accents had been turning up in Scandinavia. So it was not without previous that I dared to make a prophecy, to the world, courtesy of Twitter, that 9 October 2016 would be the day that the UK's first Siberian Accentor would be found in Shetland.