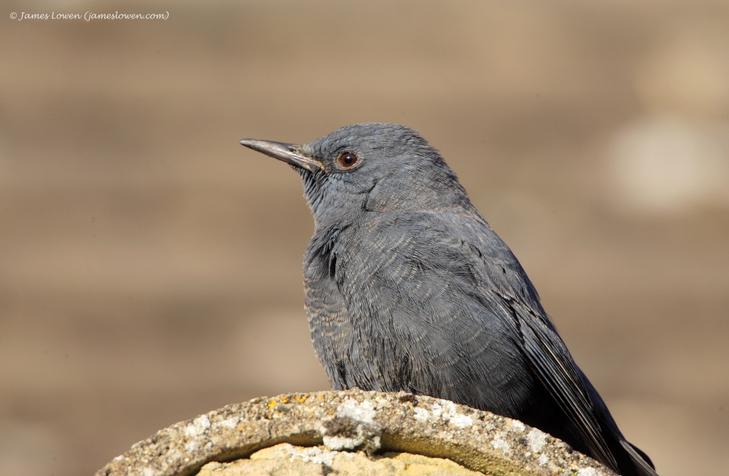 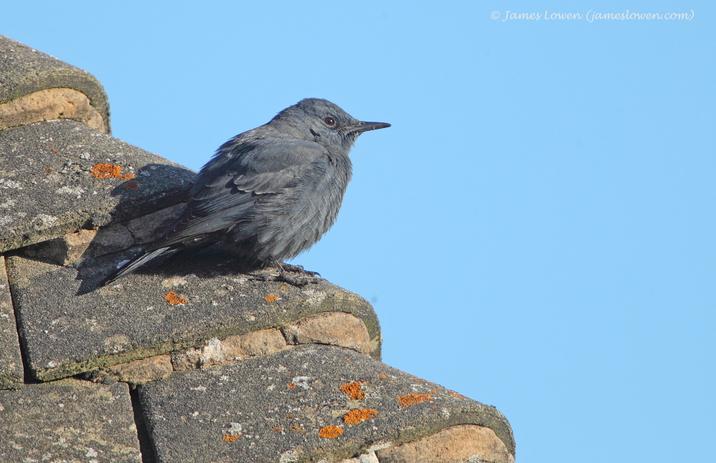 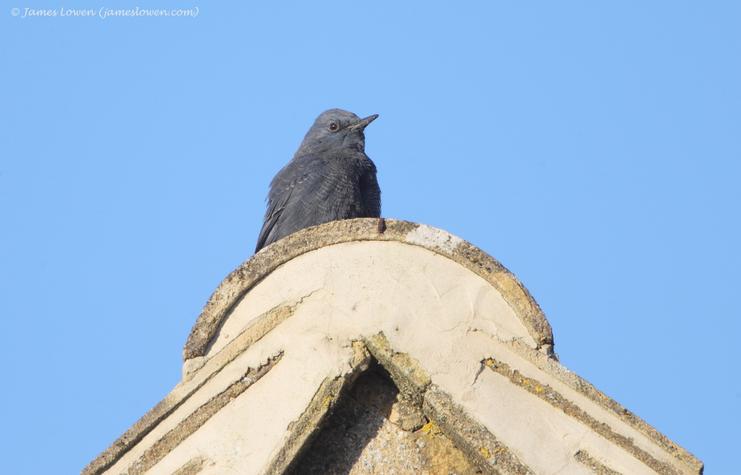 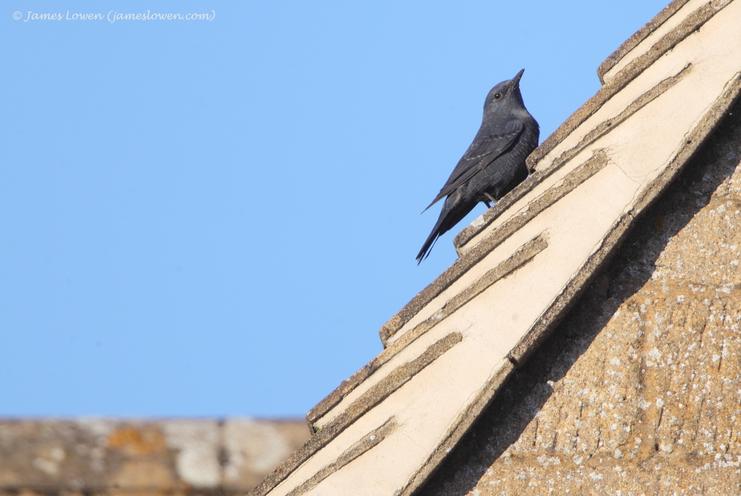 Well, all that fringing on the plumage suggests it is a first-winter male, which increases its chances of wildness relative to an adult male; there's not much evidence (yet!) of the species being kept in captivity in the UK, making a bird of the year unlikely to have been born in a cage. It also looks pretty dull - none of the luminosity of birds you associate with the western Mediterranean. That plus the hints of chestnut (breast, vent), and an apparently longish, somewhat slender bill would appear to argue for an eastern origin. In this exceptionally Siberian autumn, that also augurs well. An inland location clearly isn't great, and a housing estate even less so, but Stow is, as its full name suggests, on a rather prominent wold (roughly a hill), and the predominant Cotswold stone certainly leant the location a rather more natural hue than I had expected. The bird kept almost exclusively to sloping rooftops (call them cliffs) - with the odd pose atop a chimney pot (erm, a crag?), from where it foraged and flycatched. So it was doing what you would hope a wild bird would. I've seen plenty of Blue Rock Thrushes atop human constructs in Spain, Greece and Japan so the urban area per se does not damage its credentials.  So far, so surprisingly good. Its damaged, drooping left wing is worrying, but then the Fetlar Swainson's Thrush endured one too - so perhaps this bird encountered a cat or flew into a window rather than scraped itself on a cage. More worrying - even more for the bird's future than its tick ability - was the regular gaping, as if there was something lodged in its throat. 'Gapeworm' (go on, google it) was mooted. 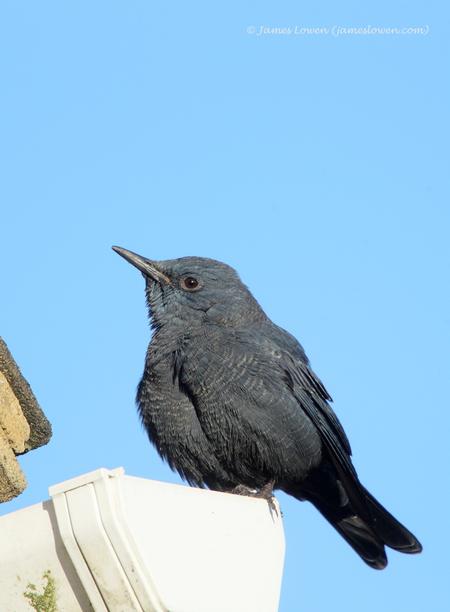 As if seeing White's, Swainson's and Dusky Thrushesin a single autumn wasn't mad enough, today saw me toffing it up in the Cotswolds, joining Ian Robinson and Ben Lewis for some insane Blue Rock Thrush action. Yesterday, news broke of a male in a housing estate in Stow-on-the-wold. It all seemed too bizarre to be true, and I nearly decided not to go. An enthusiastic Ian, however, coaxed me into his car for the three hour trip into posh country.

So... in conclusion... no clear-cut case either way. Plenty of ifs and buts. I was very surprised at how 'right' the bird felt in situ, and came away more persuaded of its wildness than before I went. (We nearly turned round en route to Stow, such was the mix of views being shared from the site!) My hunch is that there will be insufficient evidence against wild origin, and thus it will be accepted as a wild bird. Either way, it was a lovely bird in a nice setting in fine weather, with good company. And that - STDs not withstanding - is not to be argued against.

So what to make of this surprising record? Britain's 7th, and thus tick able - or an escape and thus not?

This, as twitchers among you may have guessed, is a blog about thrush. Or, rather, about thrushes. In a typical British birding year, I will see six thrush species: the three 'common' ones, the two winter ones and the (in my case) passage migrant one. This year, for the first time, I have broken into double figures. As of today, I have seen 10 types of thrush. If I really wanted, I could go to Wales tomorrow and see an eleventh.

I am glad we went - a pretty bird in a pretty village. I am particularly glad that we did not go for dawn, thus both fog and crowd had dissipated by the time we arrived. With perfect winter light, I added the 2x converter to the 500mm, and papped away... but still missed the money shot when the bird perched on a bush about eight metres away. Doh.